Royal Selangor’s latest series brings the iconic Lewis chessmen trove, one of the most popular artefacts in the whole of the British Museum’s collection, to life. Photo: Royal Selangor

The Lewis chessmen are probably the most famous chess set characters in the world. First discovered in 1831 on the island of Lewis in Scotland’s Outer Hebrides, these walrus ivory chessmen are believed to be from the 12th century, and Scandinavian in origin.

You can view the real Lewis chessmen in the British Museum in London, the National Museum of Scotland, and in Lews Castle, Scotland. If that’s a bit far away, try the next best thing: owning a chess set inspired by them, made of pewter by Royal Selangor.

All the essentials for a chess set are available here: kings and queens, with knights in full armor and bishops in full regalia. Rooks are represented by fierce beserker warriors and pawns by slabs carved with scroll work.

The pieces are made of pewter, differentiated by glimmering polish and a dark matt finish. The chessboard is made of nyatoh, scorched with an interwoven knot motif. The set costs RM3,500, and is marked by the British Museum’s logotype. 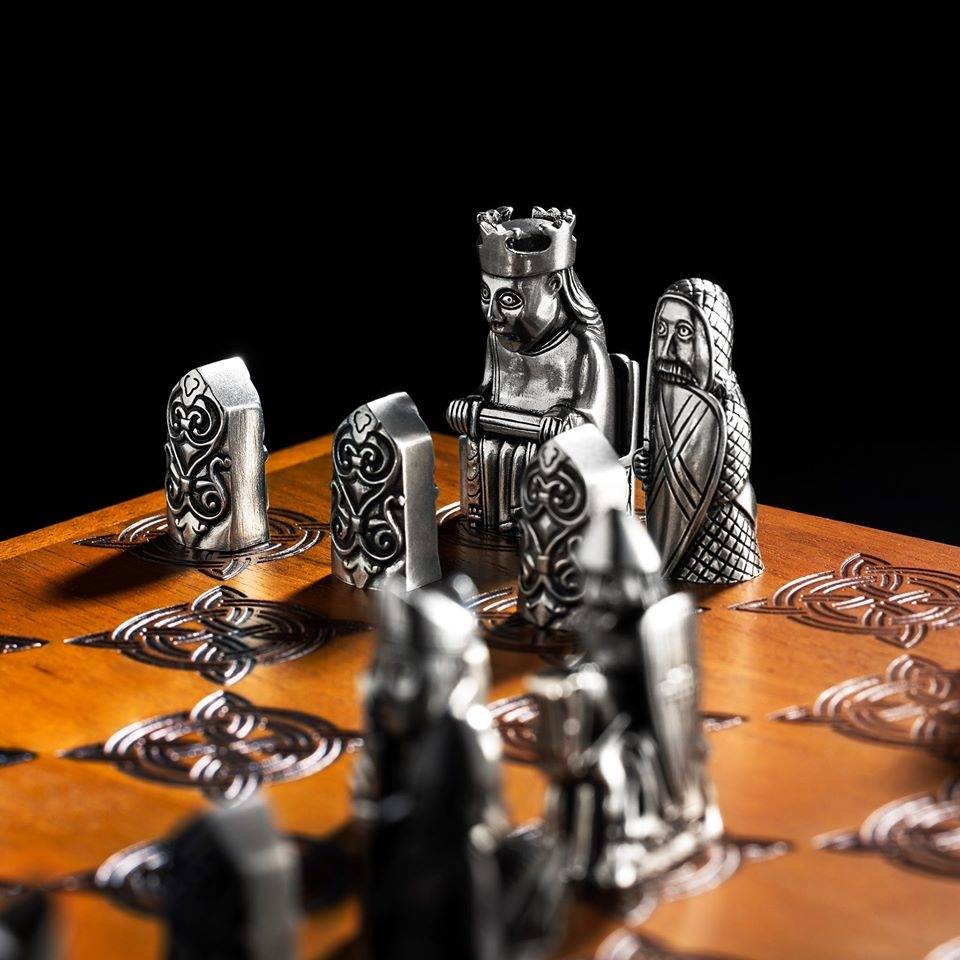 Even if you may not have heard their name, you may have seen these chessmen before. A replica of this iconic set appeared in the 2001 film Harry Potter And The Philosopher’s Stone, as well as in a scene in the 2012 Pixar movie Brave.

The Lewis chessmen have also appeared in a manga graphic novel Professor Munakata’s British Museum Adventure, and there is a giant Lego sculpture of them made out of 90,000 bricks at the National Museum of Scotland. 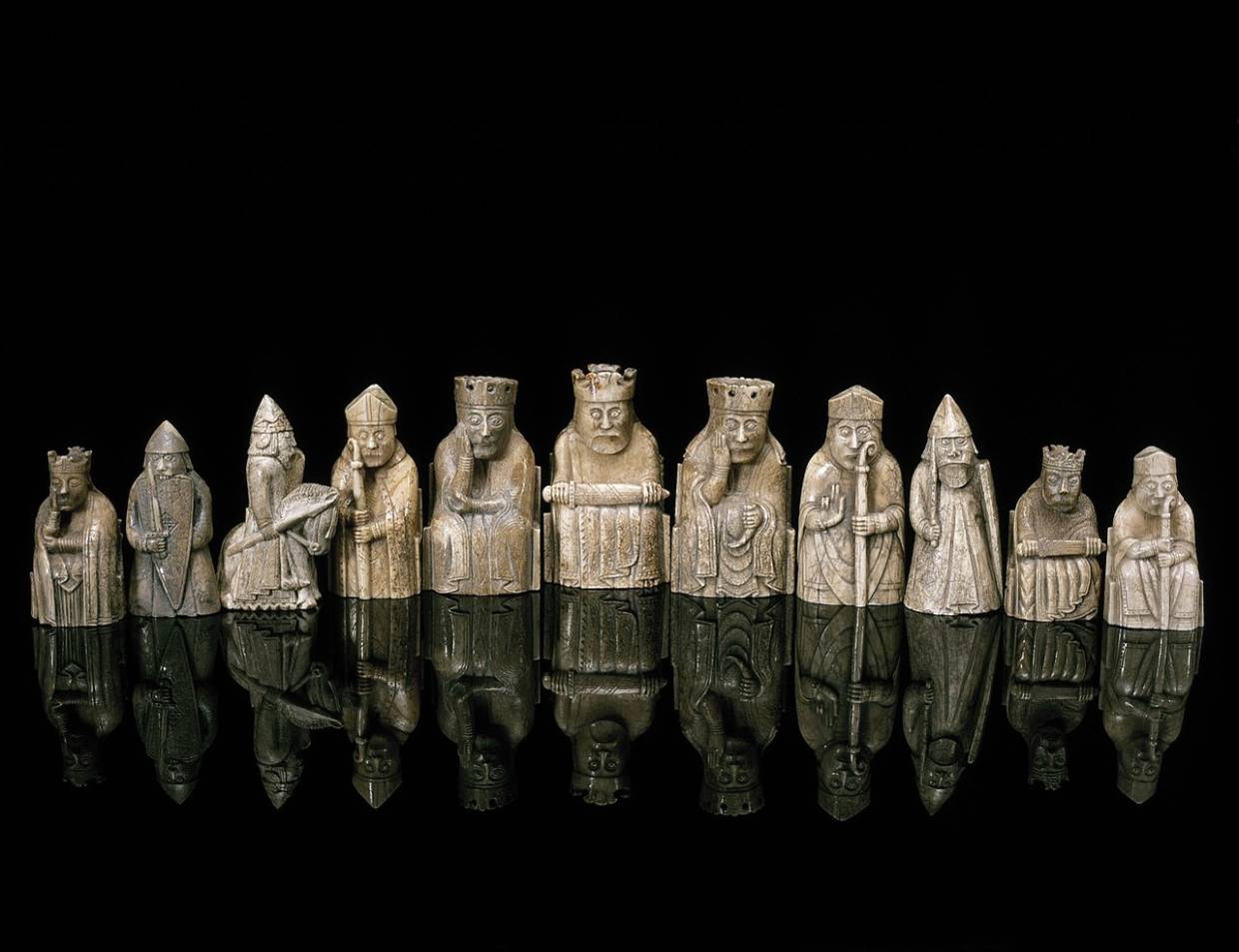 These replicas are made possible by Royal Selangor’s collaborative arrangement with the British Museum. First established in 1753, the museum was the first national public museum in the world, and has a collection of about eight million artefacts. 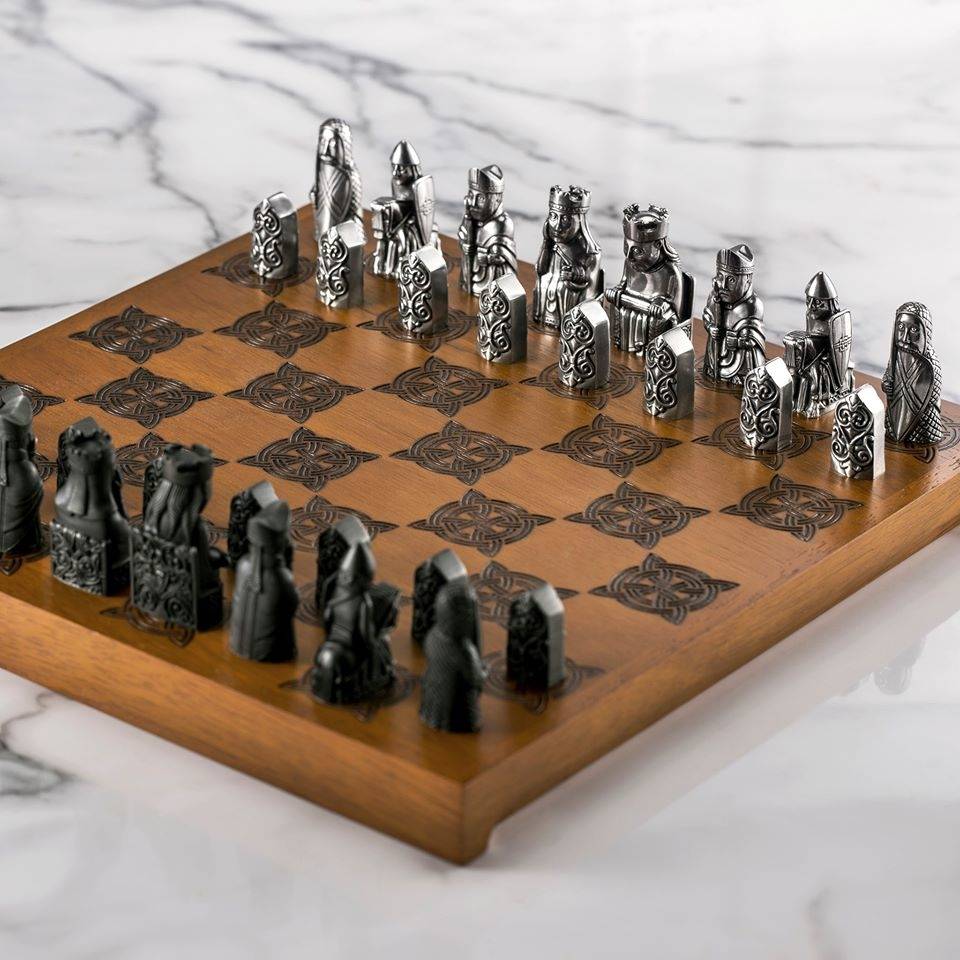 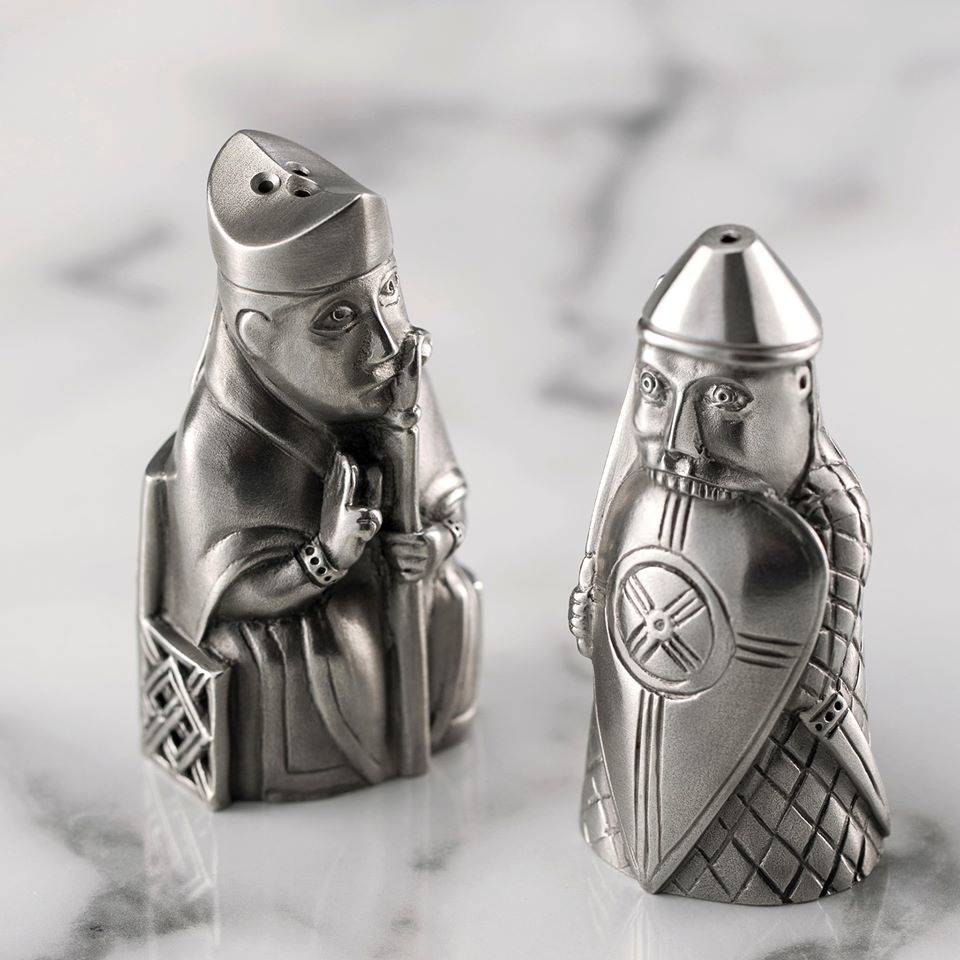 Royal Selangor’s latest series brings the iconic Lewis chessmen trove, one of the most popular artefacts in the whole of the British Museum’s collection, to life. Photo: Royal Selangor

Starbucks Malaysia and Royal Selangor collaborate on a limited collection 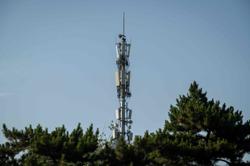