'Ronggeng-Ronggeng' and the literary impresario of Malaysia

Malachi Edwin Vethamani charts Malaysia’s short story landscape with his anthology in English, to be launched at the George Town Literary Fest this month.

Very few writers have time for this. But if the challenging publishing world of local English writing has a term for it, Malachi Edwin Vethamani has unconsciously become a literary impresario.

With the grizzled grey-bearded look and the occasional penetrating gaze from behind his spectacles, Vethamani can seem unsettling as he discusses the upheavals and developments in the local English short story writing scene.

While working on his own material, he has also been editing and putting together published local short stories for an anthology, Ronggeng-Ronggeng: Malaysian Short Stories, which will be released by Maya Press at the George Town Literary Fest this month.

Interestingly, its landscape of writers and themes almost mirrors the sociopolitical trajectory of the nation, and Vethamani is steering the scene.

At the same time, he has been tenaciously promoting local writing in English, organising book readings for reissues of works of an older generation of writers such as KS Maniam and Wong Pui Nam. He believes that they are little known to new generations of readers who are more familiar with recent international writers such as Tan Twan Eng, Tash Aw or Saras Manikam.

“Maniam and Pui Nam are among our pioneer voices who set the standards and impressed the hell out of the rest of us, ” he said at the KS Maniam relaunch he organised earlier this year in Kuala Lumpur.

Behind his desk at the University of Nottingham campus in Broga, Selangor, the 60something Vethamani, who is professor of Modern English Literature at the School of English, is gazing into a camera as a photographer angles for a shot.

The Prof has his trademark beret on for the photo session. On shelves behind him, books on various aspects of English he is interested in weigh heavily, ranging from literary titles to South-East Asian writing in English and journals on World Englishes (i.e. indigenised varieties of English).

He adjusts his beret for another photograph. He is in between classes on campus.

TS Eliot’s The Wasteland is not what his undergraduate class of millennials are expecting to rain on them during a nondescript late afternoon lecture on campus. There are long drawn sighs. Eliot’s not easy, but Prof Vethamani knows how to get a class spellbound. In record time he has secured their attention and Eliot’s being discussed as a literary figure.

He reads Eliot’s opening lines, pauses for dramatic effect, continues – and the professor has opened the door to a world that millennials rarely would encounter, a gentrified world that’s passed.

In between painting word visions of verse or drafting out a short story idea, Vethamani is also tracing the local literary landscape, one that grew from a rather patchy quilt of misplaced nationalistic politics, religious fundamentalism and cultural differences.

It is a challenging project looking up writers and seeking permission to republish their works. But as the title, Ronggeng-Ronggeng, suggests, the process is as interesting and feisty as the intricate moves of the ronggeng, an 8th century ritualistic Javanese dance that moves to a vibrant and playful beat.

“Some writers have been uncontactable, ” says Vethamani. The six decades worth of anthology begins with works written in 1959 and going right up to 2018 with an impressive list of 28 writers. But he is not giving up, still getting numbers and making calls – almost as if he is negotiating a move in the dance itself.

The writers and their works are as disparate as the nation’s own moral story and progress. The writers – Awang Kedua (Wong Gungwu), Brian Gomez, Chuah Guat Eng, Fadzlishah Johanabas, Hannah Alkaff, the late Lee Kok Liang, Preeta Samarasan, Shivani Sivagurunathan, Sri Dheevi Iyer, Tunku Halim and Zen Cho, among others – represent a range of age groups while confidently articulating their concerns and creativity through the genre of short story writing.

“We can see not just the development of the story through the decades but also how the writers use and control language imaginatively, adding to a variety of genres, from social realism and horror to the supernatural.

“It is interesting to see how it has contributed to writing with local idioms and expressions that give it a contemporary appeal, ” explains Vethamani.

Oddly enough, there is a hint of the older Hemingway about Vethamani but the professor is less grizzled and certainly less dramatic than Hemingway as he recalls why writing in English has been stymied by post-independence and nationalistic politics.

“Much of the short story writing in English gained interest when local publishers invited submissions for published collections, such as Silverfish, and when new publishers arrived on the scene, such as Fixi Books, ” says Vethamani, referring to Raman Krishnan’s Silverfish Books and Amir Muhammad’s Buku Fixi.

Previously, notes Vethamani, during the decline in short story writing in English, the New Straits Times-Shell short story competition was an attempt in the wilderness to revive some interest in local writing. Vethamani smiles, recollecting winning an award in that very competition himself with “The Kiss”, a domestic story with the unlikely setting of a funeral and memories sparked by a request for a kiss.

Vethamani’s gauge indicates that short story writing in English has seen renewed interest with writing workshops and readings as well. Authors, editors and publishers Sharon Bakar and Bernice Chauly’s long-running monthly event 'Readings' has drawn out a new generation of writers that go beyond the predictable landscape of writing. Penang’s George Town Literary Fest that marked established names also saw a rise in short story workshops and writers keen to express themselves.

“It gave a new breed of younger writers, generations apart from the first generation of pre-independence short story writers, voices that were distinctly different, ” says Vethamani. They wrote on issues that no longer dealt with national identity but on life itself.” 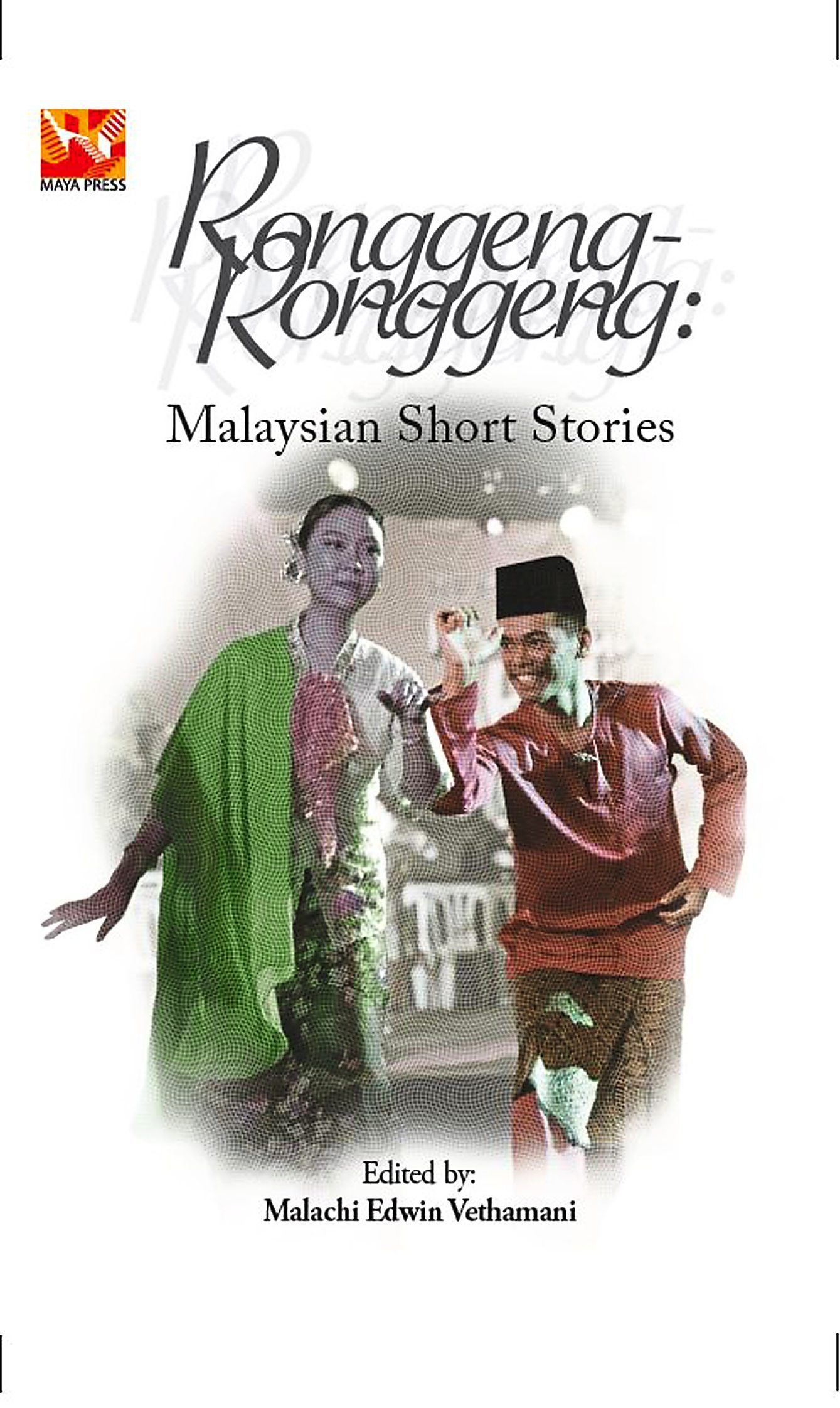 It is an unlikely voice that Vethamani shares as well in the most recent of his own collection of short stories, Coitus Interruptus And Other Stories (2018). He strikingly departs from the usual immigrant voices seeking roots or identities which was much explored by Maniam in Mala, Ratnamuni, The Rock Melon and The Loved Flaw. Instead, Vethamani’s voice is uninhibited, contemporary and brazen as his characters and their stories challenge sexual misogyny and identity as well social institutions.

If Hemingway’s brevity worked for him, Vethamani’s non-excessive English brings out his fictional characters strongly and as startlingly as negotiating a hairpin curve. It is a style that draws in relief Vethamani’s own vision of writing a post-colonial English that code mixes and switches in Manglish, or Malaysian English, in works such as “Coitus Interruptus”, “Drowning” and “The Kiss”.

If his characters are unadorned but emerge strong, his observations of communities and their settings, while sharply drawn in relief, are powerfully structured and conveyed without too many embellishments. His is an austere, singular style that sets him apart.

At a recent book reading in Universiti Malaya (he has been on a book tour to Australia, Singapore, Taiwan and various local university campuses for the most of this year), Vethamani captures the imagination of a younger generation of students and readers with his poetic and prose work with readings by other academics and himself drawn from Coitus Interruptus, Complicated Lives and Life Happens.

Provocatively setting off imaginations and challenging stereotypes, Vethamani’s prose and poetry resonates well with a younger generation. His characters are not the stock characters from out of town seeking meaning in immigrant identity; when they make a lasting impression, it is because they live and see life as complex and even distorted between Rama in “Drowning” or Robert in “Callas And A Piece Of Blue Cloth”.

Yet, strikingly, what comes across in the subtext of Vethamani’s work are those familiar themes of immigrant identity, nationhood and conflicting beliefs – though they remain in the background like thematic vapours without becoming too obvious unlike much early local writing.

“I write, and when I do, I don’t set to contextualise these themes consciously, ” says Vethamani.

Even in his poems where there is a strong sense of his own autobiographical past, much of the writing builds on sensations of taste and memory. It is a past where, in Complicated Lives and Life Happens, Vethamani recollects the heady years of growing up in Brickfields whether it is while relishing morsels of coconut candy in “Amma’s Coconut Candy” or in “Beautiful Butterfly” where he revisits a tender domestic scene.

A Life Amidst Books

Brickfields, Kuala Lumpur, where Vethamani spent his early and schooling years was an area shaped by the nearby Tamil Methodist Church and the Methodist Boys School where pastors, and teachers (notably Miss Siew Moo Lan) and his own pursuit of personal reading shaped his interest and outlook.

It was the post-war years and Brickfields – where the nearby railway yard and quarters were a hive of activity alongside recently arrived immigrant communities – was a colourful setting of culture, growing up and food, much of which is recorded, fired by Vethamani’s imagination, in verse and prose.

“Books were part of our life at home, and we were referred to books by our pastors and teachers. My eldest brother, Tharumaraj, not only introduced me to books but also introduced me to cinema and music. These influences had an effect on me, ” says Vethamani, which explains why reading his poems feels like browsing through family photographs in an old album.

It was to form what was to come of the writer and the academic who went on from his undergraduate studies in Universiti Malaya to later work as a language teacher and much later complete his doctoral studies at the University of Nottingham.

He is known in academic circles especially for his work with Melta (the Malaysian English Language Teaching Association) where he gave the impetus and direction when it came to language and literary teaching in local schools and syllabus creation.

“With fictional writing in English, especially short stories seeing a tremendous interest in the last two decades, it needs to be built on, it needs to understand something of the past and what directions it can hope for future writers, ” says Vethamani.

Ronggeng-Ronggeng is a start towards that direction and Vethamani the impresario with the pen.

"Ronggeng-Ronggeng: Malaysian Short Stories" will be launched on Nov 23 at the George Town Literary Fest. For details, go to georgetownlitfest.com.