After spending most of his working life in the hospitality industry, Hanley Chew has lots of stories to share about what takes place behind the closed doors of hotel rooms.

THERE is many a tale to tell about the goings-on in hotels. From ghost stories to secret liaisons, Hanley Chew has heard them all, and taken it a step further by sharing these tales with the reading public.

Chew, who has been in the hospitality industry for the past two decades, published Hotel Tales at the end of 2011 and was pleasantly surprised at the response.

More than 8,000 copies have been sold to date, apart from some 2,000 downloads of its online version.

And the icing on the cake was when the book was awarded top prize in the fiction category for the Popular-The Star Readers’ Choice Awards in August last year.

Which was why Chew decided that it was time to publish a sequel, More Hotel Tales, which was launched during the Popular Bookfest@Malaysia in August this year. According to Chew, “When we published the first Hotel Tales book, we were unsure how readers would receive it. The first book was, frankly, an ‘experiment’ brought about by love of the subject matter and the desire to share it.

“When deciding on the number of copies to be printed, we were tentative and restrained. We only hoped that the first print would sell well and that the hoteling community would benefit from it. Little did we imagine the success that followed, requiring further reprints.”

Hotel Tales in Bahasa Malaysia is also in circulation while the Chinese version is being translated now.

Winning the 2012 Readers Choice Awards, says Chew, was a great motivation for him to write the second book.

It helps that more hoteliers came forward to share their stories and the third book, tentatively titled Even More Hotel Tales, is already a work in progress.

Chew says his original target audience were hoteliers and hotel school students but, as it turned out, the public loved the book. “I suppose many of us have at one point or another been a hotel guest ourselves,” he says.

It took Chew more than three years from concept to reality for the first book to appear. The second book took only a year as Chew realised that it would be easier, and even more interesting, if other hoteliers contributed their stories. 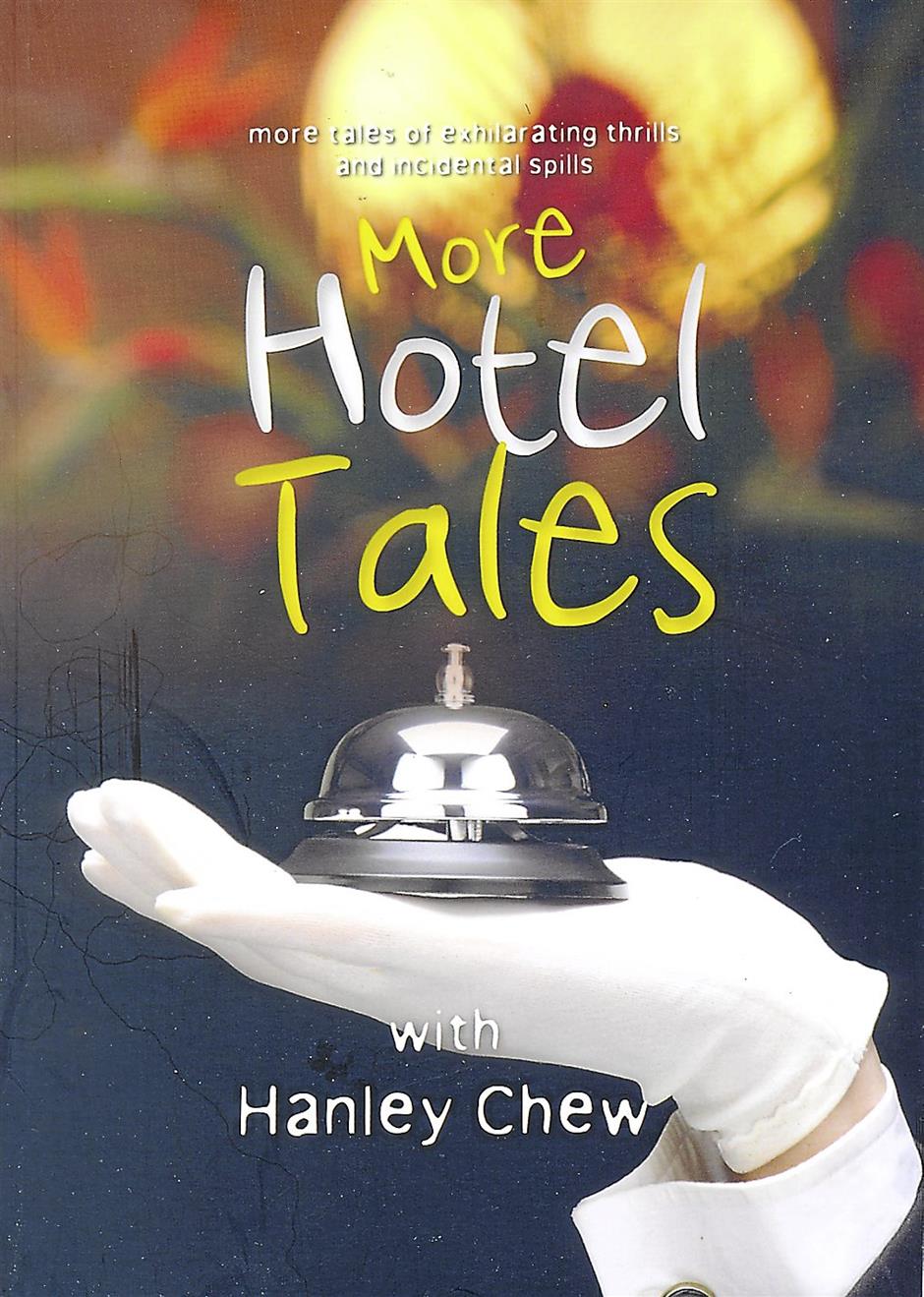 Chew says he finds it strange that many people tend to associate ghost stories with hotels. “Wherever I go for book talks I never fail to get questions about ghost in hotels,” he says. “Even our National Library wanted to catalogue this book under ‘Ghost Stories’. My publisher objected to this and a new classification under Hotel – Anecdotes had to be set up.”

When it comes to sharing, Chew has no shortage of tales to tell, including many that have yet to see print.

Interesting things do happen behind closed doors, like the 10-person booze party held in a space meant for two, the adulterous couple getting it on, the swingers party in full swing and the “night angels” performing unmentionable fetish acts for money.

On the happier side of the rainbow, Chew says the hotel room is also where romance blossoms, a marriage proposal is made, and a grey-haired couple can enjoy their golden anniversary.

Chew started his career in a travel agency and later went on to work in an airline company, providing him with the opportunity to travel vastly and amass invaluable experiences.

In addition, the nature of the travel industry gave him a prior glimpse into the world of hoteliers. After a brief venture into a hotel reservation business, Chew joined the Renaissance and Marriott Hotel Groups.

In the ensuing years, his global experience was expanded with postings in Sandakan, Kota Kinabalu, Kuala Lumpur, Bali, Myanmar, Shandong and Guangzhou in China.

He joined the Sunway Group in 2000 under its hospitality arm, overseeing the management and expansion of the Sunway, Allson and the Banjaran brands in South-East Asia, China, India and the Middle East.

In 2012, together with a team of experienced hoteliers, Hanley started his own hotel management and consulting firm, Hotel Integrations Sdn Bhd (hotel-integrations.com) to assist hotel developers and owners conceptualise, design and manage hotels.

Over the years, Chew developed his personal philosophy, abbreviated as H.I.R.E., which stands for Honesty, Integrity, Respect and, most importantly, Earned Trust. He holds fast to these simple yet essential values to guide him through his life and career.