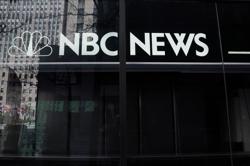 'The Beatles: Get Back' is a behind-the-scenes peek at the band in its prime. Photo: AFP

Walt Disney Co. is moving its highly anticipated documentary about the Beatles from theaters to its streaming service, in the latest sign Hollywood is still unsure if consumers are willing to come back to cinemas in large numbers.

The Beatles: Get Back, a behind-the-scenes peek at the band in its prime, had been scheduled to hit theatres in August. It now will appear as a three-part series over three days beginning on Nov 25 on the company’s US$8-a-month Disney+ streaming service at no additional charge, the company said Thursday (June 17). It was originally scheduled to come out in theatres last year.

The picture was created by Lord Of The Rings director Peter Jackson, based on outtakes from an earlier documentary, 1970’s Let It Be. That film was most notable for its stunning concert on the roof of the Beatles’ London headquarters, as well as a testy exchange between guitarist George Harrison and bassist Paul McCartney. That film was criticised, most recently by drummer Ringo Starr, for not really capturing the fun side of the band.

Theatres have had a tough time, with the pandemic scaring fans away from indoor, group experiences. Two weeks ago, A Quiet Place Part II, the horror film in its third week, outgrossed the newly released musical In The Heights, a sign that older audiences in particular may be reluctant to return.

Disney, like other studios, has been trying different release strategies. It sometimes offers films online and in theatres at the same time and occasionally charges US$30 for Disney+ subscribers to watch new films at home. – Bloomberg