A number of Ruth’s family’s recipes are based on Ayurveda, an Indian holistic medicine that has been practised for generations. Photos: The Star/Samuel Ong

Since the start of the pandemic, Kuala Lumpur-based Indian expatriate Ruth Isaac, 63, has been even more mindful of eating nutritious food to boost her immunity.

Ruth hails from Mangalore, a port city in the coastal region of Karnataka in South India. In these times, she is relying on the time-tested goodness of the traditional Mangalorean dishes she has inherited from her mother and grandmother.

Many of these dishes feature turmeric, a spice that’s synonymous with Indian cooking. Many of Ruth’s family’s recipes are based on Ayurvedic medicine, an Indian holistic approach to health that her family has subscribed to for many generations.

“In India, Ayurveda is a way of life. Ayurvedic food is part of our tradition, where we eat certain food, herbs, and spices to achieve the right balance in our body. Of the many spices, turmeric is used extensively because it has anti-inflammatory and anti-bacterial properties, ” says Ruth, who has been residing in Kuala Lumpur for 26 years.

Turmeric, known as arasina in Ruth’s mother tongue Kannada, has been a mainstay in Indian cooking because of its brilliant colour, earthy taste and medicinal benefits.

In recent years, this rhizome has been deemed a superfood by Western scientists because of their anti-inflammatory, antimicrobial, and antioxidant properties. Research suggests curcumin, a substance found in turmeric, may even help to prevent and treat cancer.

The homemaker says turmeric is ubiquitous, used in most dishes, be it curries, masalas, koottu (lentil and vegetable stew) and desserts. “In India, turmeric is used in many dishes - for breakfast, lunch and dinner. For breakfast, we have idlis with sambar, which has a sprinkling of turmeric. And there’s turmeric in our masalas, which are used in curries and stir-fried vegetables.

"My grandmother was particular about good skin. She’d make a special paste with ground turmeric and freshly grated coconut. She’d apply it on the skin as a face mask.”

“Turmeric is used in Indian cooking because it has health benefits. It has curcumin, which is anti-ageing. It’s good for the skin. It heals the inside and protects the digestive system.”

During this stay-at-home period, Ruth has been making a nourishing chicken herbal broth prepared with a plethora of spices and herbs. 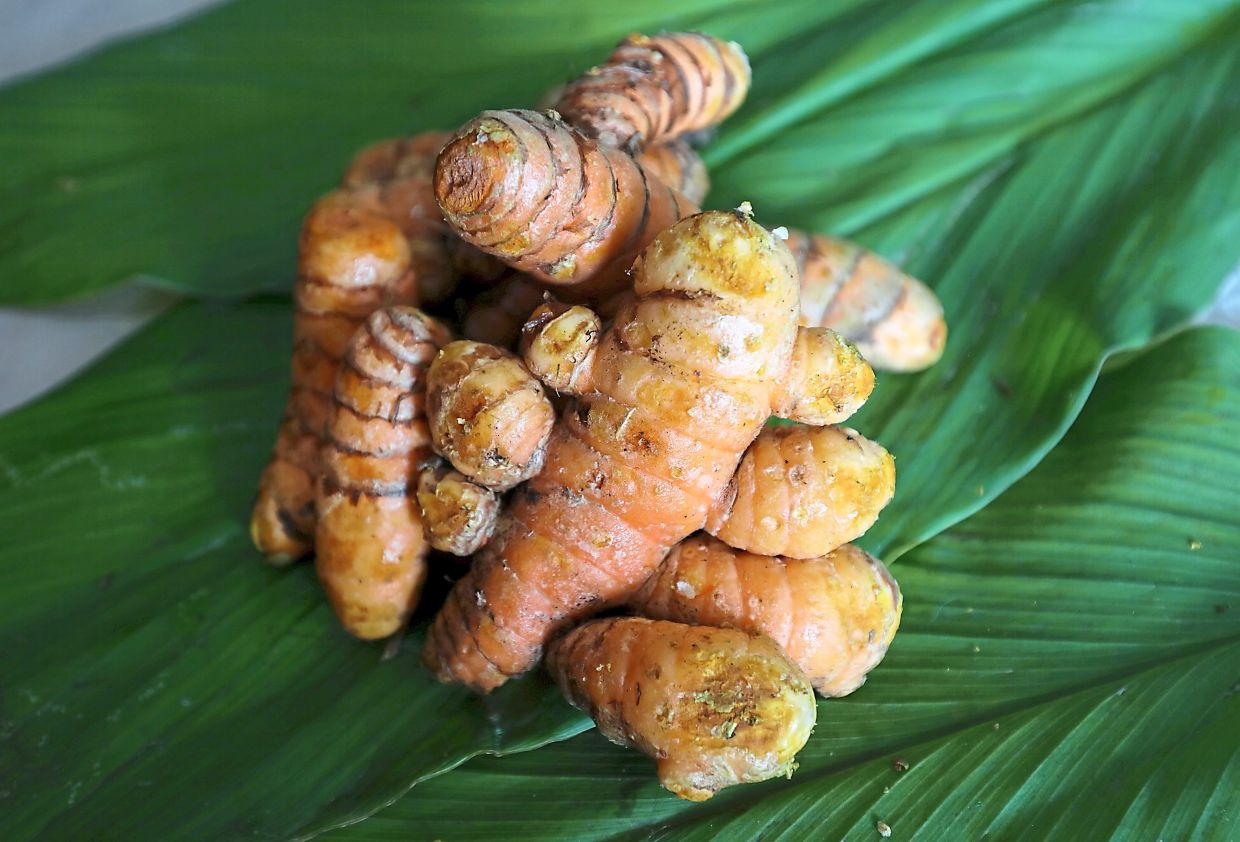 The humble turmeric has been gaining a fair bit of popularity during the Covid-19 due to its medicinal benefits.

“Most Mangalorean Protestant Christians prepare this as a health tonic during the confinement period. It contains herbs that help to keep the body warm. Turmeric is a powerful antioxidant. Ginger is for shrinking the womb, garlic helps to expel gas while fenugreek aids in cooling down the body, ” says Ruth, who shares her cooking videos on her Facebook page, The Versatile Housewives.

“Ghee is added because it helps with the absorption of curcumin and pepper into the body. To maintain the benefits of curcumin, turmeric shouldn’t be cooked for more than 15 minutes, ” explains Ruth.

The richly flavoured broth is hearty and nourishing. It has a delicious aromatic flavour because of the combination of spices and herbs. Coriander leaves and tomatoes add flavour and subtle hints of tanginess to the soup.

The turmeric paste is one of the must-haves whenever Ruth cooks Mangalorean dishes like kanne fry (deep-fried fish that’s coated with masala and rice flour), pork curry, and beejada sukka (cashew nut curry). Turmeric milk tea is comforting, as it has light hints of peppery masala chai with the subtle taste of turmeric and aromatic spices.

The golden milk drink is comforting, as it has light hints of peppery masala chai with the subtle taste of turmeric and aromatic spices. It’s a delicious drink that can be consumed at any time of the day.

Ruth says most people drink it before bedtime, as a nightcap that is nutritious.

“Different types of ayurvedic medicinal spices are included in this Mangalorean golden milk tea. It’s healing, and it helps us relax and sleep better. Plus, it is good for the digestive system, ” she explains.

Turmeric, she says, is also used in Mangalorean desserts, including payasam, rava kesari - a semolina pudding, and kulfi (ice cream). Her favourite sweet treat is arasina ele gatti - rice dumplings steamed in turmeric leaves. It is made of rice flour, jaggery, grated coconut and a pinch of cardamom powder.

According to Ayurvedic medicine, turmeric leaves are believed to have antiseptic properties that can help reduce symptoms of colds, jaundice and prevent bloating.

The turmeric leaves impart a refreshing aroma to these dumplings. The dumplings taste similar to kuih tepung bungkus, a steamed Malay dessert made from rice flour, coconut milk and sweet coconut filling.

“I am happy my husband and two daughters enjoy these traditional dishes. I hope Malaysians will try to make these turmeric-based dishes too.” Blend all ingredients together except the ghee to a smooth paste. Transfer to a pan and add the ghee. Mix well. Keep pan on medium to low heat, stirring constantly and thicken till mixture for about five minutes. This paste can be used for anything from soups, to curries, to breads, to cakes to tea.

Cool and store in a glass jar in the refrigerator.

1 kg chicken without skin, washed and cut into pieces

Roast all ingredients in a pan on the stove top. Cool and add spices into a small muslin spice bag. Tie and keep aside.

Place chicken, onions, tomatoes, ginger, garlic, water and the spice bag in a large pot and bring to the boil. Lower heat and continue to boil uncovered until reduced to half the quantity.

Add in the turmeric paste and salt to taste. Mix well, bring to the boil and switch off the heat.

Boil milk with sugar and turmeric paste. Ensure the paste is well mixed with the milk. Once the milk boils, add the tea-bags. Steep for three to five minutes. Remove tea bags. Serve hot.

Mix together and set aside.

Mix rice flour, salt and water in a large bowl to a soft consistency adding the water a little at a time. Cover with damp cloth for 10 minutes.

Dip your hand in water and sprinkle some water on the leaf.

Take one portion of the rice dough, place in the centre of the leaf and pat it down evenly and thinly.

Leave some space around the edges for folding.

Place 1 ½ tbsp filling on one side of the leaf.

Fold the leaf from the other side and gently press the edges together. Do the same with remaining leaves, dough and filling.

Place folded leaves in a steamer.