Curious Cook: Diet in the age of Covid-19

A balanced diet will support a robust immune system which would be crucial in avoiding or surviving diseases such as Covid-19. — AFP

This will start with some good news. In modern societies, properly balanced diets will likely include all the necessary nutrients to support a robust immune system which would be instrumental in avoiding or surviving diseases such as Covid-19.

Chronic deficiencies in one or more of these nutrients will compromise some of the functions of the human immune system. Other nutrients are also important in helping the body absorb or process these nutrients.

In addition, the human gastrointestinal microbiota (HGM) living in our guts also enhance and augment our bodies’ innate immune defence mechanisms, so it would also be sensible to look after the HGM properly, such as by ingesting fibre and probiotics regularly. If you are curious about the role of HGM, there are several articles about this in the past, such as “A time for gut feelings” in 2018.

There does not seem to be much point in excessive over-ingestion of the above nutrients, so most people would be adequately served by the recommended daily allowances of these nutrients.

Now comes some not so good news, at least to a subsection of the population. And to understand it, one has to know a little about how the human immune system works. It is an extremely complex subject, so please note the following is just a simple review. 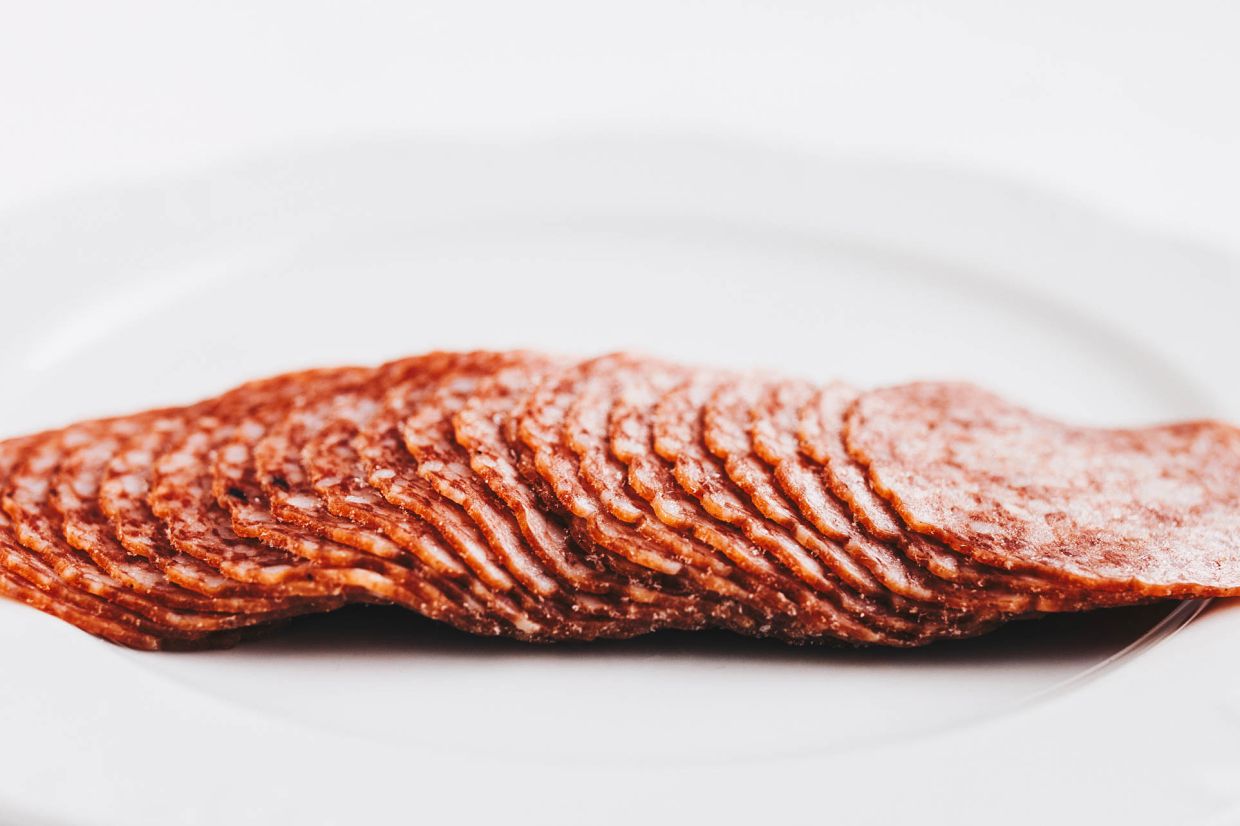 The first line of immunity defence starts with “innate immunity” – this is the basic defence system employed when the body encounters a foreign body or pathogen (virus, germ, fungi, parasite) which does not normally exist in the body. The mechanisms for dealing with such pathogens are drastic at a cellular level.

The first responders to newly-encountered pathogens are neutrophils and macrophages, which will attempt to kill the pathogens via destructive enzymes and the use of toxic chemicals such as hydrogen peroxide or other superoxide radicals. After disabling/killing the pathogen, they will then coat it with antibodies before digesting the remains of the pathogen in a process called phagocytosis.

If the pathogens survive deactivation by neutrophils and macrophages, then the next line of defence are the B and T lymphocytes, also known as the “acquired immunity” defence system. These are more sophisticated immune defence cells; they work around the failures of the neutrophils and macrophages, analyse/probe the characteristics of the pathogens and change the attack strategy depending on how pathogens present themselves. Pathogens are identified via patterns of peptide molecules called antigens on their cell walls or emitted along the way as they invade human cells.

The reason why B and T lymphocytes are normally more effective than general-purpose neutrophils and macrophages is because lymphocytes act as a library of past pathogens. Every disease encountered and survived by a human is held in the individual’s lymphocyte “library”. Therefore, lymphocytes hold the best strategies for defeating thousands of pathogens. However, each individual lymphocyte is only capable of reacting to only one particular pathogen, hence a critical factor may be the time it takes for the right lymphocyte to encounter its selected antigen.

When a lymphocyte encounters its target antigen, it immediately binds to the pathogen which then causes the lymphocyte to multiply exponentially. B lymphocytes proliferate and become antibody production cells, conferring something called humoral immunity. T lymphocytes multiply into chemically-destructive (cytotoxic) cells and in some cases also moderate the activity of other immune defence cells (such as helper T cells), in a process called cell-mediated immunity.

Where lymphocytes have no record of any of the antigens in a pathogen, the immune system might go into overdrive, which can have serious consequences. More on this later.

The innate and acquired immunity systems communicate between themselves via cell-to-cell contact and chemical messengers, chief of which would be cytokines (eg; tumour necrosis factor-a, interleukin-1, interleukin-6, etc). Cytokines are used to activate other parts of the immune system, and also impact the thermoregulatory mechanism in the hypothalamus in the brain, causing fevers. They also signal to the liver to initiate lipolysis (burning of fat) and proteolysis (burning of protein) to provide the energy needed to fight off an infection – in summary, cytokines usually lead to a state of inflammation as the body attempts to fight off pathogens.

But things other than pathogens can also cause inflammation, which may become intractable over a period of time. Chronic inflammation in the absence of pathogens is a sign the immune system is working overtime in a somewhat paranoid fashion. Allergies, for example, are acute (sometimes deadly) inflammatory responses to allergens which are usually non-life threatening. Another example would be rheumatoid arthritis which is a disease caused when the body’s defence mechanisms start attacking the cells lining bone joints. Inflammation is also the defence mechanism for injuries such as cuts and bruises.

The issue with modern diets, especially with convenience foods, is that although they may provide people with the base calories required for survival, they often miss out on fibre and key nutrients, and tend to severely overdose people with fats, sugars and other unhealthy compounds (via additives, flavourings, colourings and preservatives).

There are well-established links between human metabolic processes and tissue-specific and systemic immune responses. In short, what we eat influences our immune system, and not necessarily in a good way. Eating vegetables and fruits is crucial during this period. — Christina Sanvito/Flickr

This is where nucleotide-binding domain (NOD)-like protein receptors (NLR) come in. These NLRs are known as inflammasomes which can detect various toxins and antigens from various bacteria/viruses and activate the production of antibodies and cytokines to provoke the immune system into covering the affected areas.

But most notable is a protein called NLRP3 which is present in large quantities and capable of detecting not only pathogenic infections, but also general afflictions such as cellular enervation, metabolic disturbances, by-products of oxidation (such as that caused by various kinds of stress), other toxins (eg; tobacco smoke, environmental pollutants), etc.

In summary, incorrect diets and lousy lifestyles can provoke NLRP3 into maintaining a high, chronic level of inflammation in the body.

There is no silver lining in the case of chronic inflammation. The body’s defence mechanism has no way of determining the severity of any infection at an early stage. Every infection is treated with the same levels of standard responses and if the body is busy and pre-occupied with other inflammatory events, then standard responses to a new infection may be negatively affected or weakened.

It is also feasible the body’s immune system gets so overworked/strained with countering inflammation that it has not the resources to cope when a real pathogen enters the body.

So, what happens if a new pathogen appears which does not fit in the library of antigens in the lymphocytes’ “library”? The answer is usually: People get sick. How sick people get depends on how virulent the pathogen is and how good lymphocytes are in determining some antigens which may deactivate the pathogen. The immune system of the elderly is not as strong as that of younger people, and is therefore less able/flexible in adapting to new pathogens. — AFP

If the response is not effective, then the immune system can go into overdrive producing too many cytokines – this then propels all the immune system’s resources into an internecine war which also destroys the normal cells/tissue around the pathogen. The focus of the immune system on a single problem pathogen can also allow ordinarily non-problematic pathogens elsewhere in the body to suddenly become virulent. These secondary infections have a big impact on survival rates.

One reason why older people tend to be more affected by Covid-19 and other diseases is because their immune systems are not as strong as those of younger people, and is therefore less able/flexible in adapting to new pathogens. Similarly, habitually bad dietary habits can result in persistent inflammation and a distracted/compromised immune system which may be equivalent to ageing several decades.

Several studies have suggested the human immune system can be “reset” by following a calorie-restricted diet for several days, eg; limiting consumption to 200-250 calories a day for between three to five days. However, there is no evidence that such a “reset” would help against all pathogenic infections – it is just a procedure I personally found useful against chronic sinusitis.