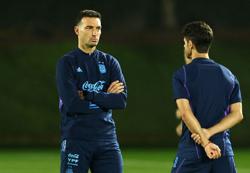 Research by the United States government shows that the growth response for crops like broccoli falls to zero when temperatures reach 25°C. — PIXABAY/Pexels

The summer weather in Europe this year is likely to result in more records, but not ones which are particularly desirable.

Temperatures in France are already at highs never seen before in June, with records already broken in 11 areas in the country, some places hitting 42.9°C in the shade. On the same day, the temperature in Dubai was 42°C and 33°C in Kuala Lumpur. That means temperatures in a temperate country were hotter than places in tropical desert and tropical rain forest zones.

One of my favourite towns, San Sebastian in Spain, experienced a temperature of 43.9°C, despite being a coastal town. This smashed the previous record by 7°C. And despite being more prepared for forest fires since the record disasters of 2019, Spain has already experienced one of its single largest forest fires, a monster wildfire covering over 320 sq kms in the northwest of the country. To put this into context, that single wildfire is 32% bigger in area than the entire city of Kuala Lumpur. Apart from the physical discomfort and risk of fire, such unparalleled temperatures also have an impact on food production. Major food crops are significantly affected by both low and high temperatures. This is not a small problem, due to the global dependence on monocultures for our food supply, as explained in my previous article, ‘Overlapping diets and a dependence on monocultures’.

The impact of heat on crop growth had already been researched by the US government in 2015. The paper found that the growth response for some crops, such as broccoli falls to zero at a temperature of only 25°C. Maize plants simply stop their development at around 38°C.

But that is not the only impact of heat. The viability of maize pollen for pollination decreases at temperatures of 35°C or more. For rice, the viability of rice pollen falls from 33°C onwards and ceases at 40°C or higher. Soybean plants become sterile when daytime temperatures exceed 35°C.

Heat also damages the crop yield of plants. Maize kernel growth rates are reduced above 35°C and stay reduced even after a subsequent return to lower temperatures.

The usual weather accompaniment to heat is drought, which has obvious negative impacts on crop yields. However, there is a longer-term danger of droughts, as droughts also increase soil erosion when the dry topsoil is blown away without vegetation or rainwater holding down the earth. With the topsoil gone, the ground left is usually barren and cannot sustain crops.

A study done in 2014 by the US Department of Agriculture reported rather obvious statements, such as “an exponential increase in wind erosion as crop residue cover decreased from about 50%-0%” and “reported higher soil loss occurring with lower surface residue cover”. There were estimates also about the future amount of soil lost in various conditions in parts of the USA in the report, but they would probably not be relevant to other parts of the world over the coming decades as global weather patterns grow more and more chaotic and extreme.

The report basically confirmed a lot of earlier research such as that done in South Australia in 2012, where it was estimated that a 20% fall in precipitation would result in the loss of 997,00 hectares of land, or around 15% of the arable land in the region. Although this was an educated guess in 2012, it was mostly validated during the 2017-2019 drought there. This merely serves to confirm emphatically that topsoil loss is significant and exacerbated during droughts.

It is now estimated that over 90% of the world’s population has been directly or indirectly affected by the recent increases in the cost of food. The World Bank’s agricultural price index of food is now around 60% higher than in 2010, though food costs had fallen below 2010 levels for much of the previous five years before 2022.

However, this sudden surge in food costs means that the impact is now much worse, especially after a disastrous pandemic. Apart from the war in Ukraine affecting grain supplies, poor harvests in Argentina and Australia have also added to the shortages. Rice is an example of a Giffen Goods. — POLINA TANKILEVITCH/Pexels

It is probably already happening in some poorer countries, but one might soon be seeing the phenomenon of Giffen Goods in more developed countries, at least in parts of the populations.

A Giffen Good is an item that defies the natural law of supply and demand, a simple economics law which states that demand for goods rises when prices fall, and therefore conversely, demand for goods must also fall when the prices rise.

A Giffen Good is an item for which demand rises as the price rises. This situation is anomalous and transient and applies solely to non-luxury goods which cannot be easily substituted. But it will likely be happening more and more as food insecurity levels start to rise around the world.

Examples of Giffen Goods are bread, wheat-based products, and rice; and the reason why demand for such goods increases even as their prices increase is that they are still the cheapest foods to buy, especially during times of food shortages or insecurity. And because poor people are paying more for Giffen Goods, they have even less money for meat or other goods, so people start to compete for more Giffen Goods, thereby driving the prices even higher. When the prices fall, then people buy less because there is now more money to purchase other foods.

If one is interested, a related article on food insecurity is ‘The New F Word of the Future.

This Giffen Goods phenomenon may already be observable in small ways, even in developed countries. In France, there are restrictions imposed by shops on common household items such as pasta and cooking oils, where only limited amounts are allowed per customer.

We live in a very remote region, and in almost every shopper’s trolley I pass in the nearest supermarket these days, usually there would be two packs of pasta in the trolley, which is the limit available, whatever the price. But this may also be because people tend to live far away from the shops so they might be stocking up, just in case.

One can suggest that the main purpose of “green washing” is to reduce the guilt of consumerism in modern societies.

To this end, many producers of consumer goods are now including some “green”, ecological, or environmentally-friendly credentials in the marketing of their products. In reality, many of them are simply marketing tactics with minimal or even negative impacts on the environment. 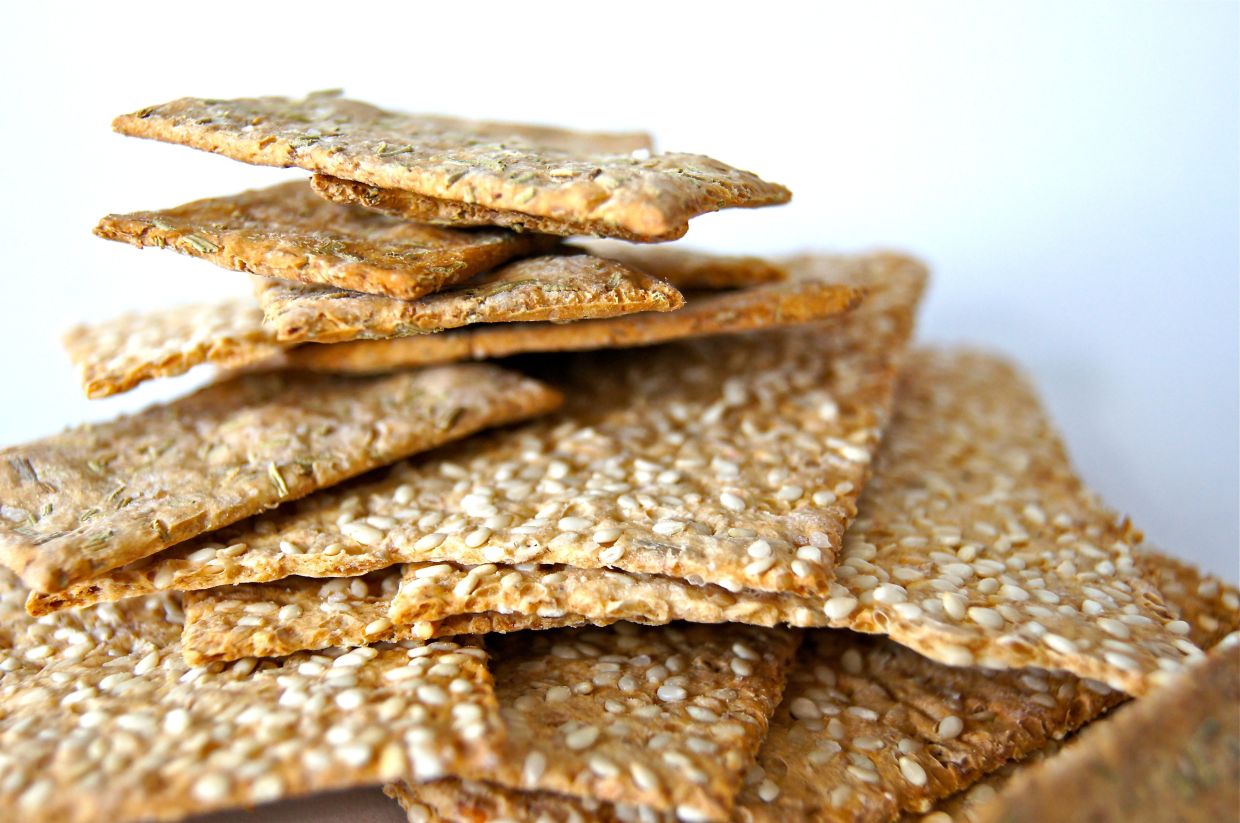 Snacks that are marketed as natural or green often contain only a tiny amount of natural agents, with the rest made up of processed starches and chemical compounds. — PIXABAY/Pexels

There are plausible reports that 90% of products from large Western consumer brands which claim to be “green”, “eco-friendly” or stuff like that, just do not meet the expectations raised by the advertising. And here is why.

A common trick is for a product to highlight a “green” credential while hiding or diverting attention away from a much more serious problem. For example, in 2018, a large international brand and one of the world’s largest single-use plastics polluters in history made a pledge that by 2025, all its packaging will be recyclable and reusable.

However, of the many tens of millions of plastic bottles sold globally every day, much less than 50% are recycled, and that is because there is simply not enough global capacity to recycle more. So even if every plastic bottle produced in the world is recyclable, more than half will end up polluting the land or oceans anyway.

This is commonly seen in snacks, where the flavourings, which make up a tiny proportion of the item, may be derived from natural products, but the rest of the snack is a nasty blend of processed starches and chemical compounds. So, if you want something natural, look for “made with all natural ingredients”.

Vague claims are also used to “green wash” products, by simply including phrases such as “ethically produced” or “eco-friendly” on the labelling. That is because there is no legal definition in many countries as what these phrases mean. So, a product may be “ethical” because the factory owner supports a temple, and it may be “eco-friendly” because the factory has a few solar panels on the roof. And watch out for “green badges” on products because many of them are meaningless.

It is slowly dawning on people the concept of recycling plastics may be mostly an illusion. Research by the OECD found that only 9% of all plastics are recycled globally. So why is there such a proliferation of “recycling” symbols on consumer plastics? Only 9% of plastics are recycled globally. — CATHERINE SHEILA/Pexels

Mainly, the use of such symbols is a sophisticated tactic to get people to consume MORE plastics, by reducing the guilt associated with plastic pollution. If recycling really works, then plastic production would be flat or falling – instead it is expected to increase to 600 million tons per annum by 2025, up from 368 million tons a year in 2019. These stats exclude synthetic fibres, by the way, so the real annual production of plastic-based products is significantly higher.

We should of course still try to recycle plastics, as it is better than nothing, but the impact is much less than you think, compared to reuse and avoidance of plastics altogether.

So, please beware of “green washing”, as it is often a bunch of sophisticated tactics to mislead people into consuming undesirable foods and packaging, while removing the guilt of doing so. 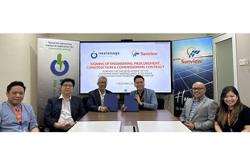 Considering the merits of spirulina and green tea
Checking if that tomato paste can still be eaten
Does the glass you use change the way a champagne tastes?
Curious Cook: Meat from air
Curious Cook: The antioxidant story
The multiple health benefits of cinnamon
If you love cocktails, watch 'Drink Masters' on Netflix
Eat earlier and within a 10-hour window for weight control
Mum’s food intake linked to child’s obesity
Mediterranean diet helps cancer immunotherapy