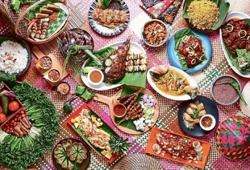 Sirloin and tripe with bamboo shoots.

THE month of Ramadan brings to mind a well-loved dish that is bubur lambuk.

Aromatised with fried shallots and filled with ingredients like diced chicken and prawns, the dish once entered the Malaysia Book of Records as the star of the biggest cook-out at a mosque in Kampung Baru, Kuala Lumpur.

As further testament to its popularity, one food trader revealed that he can sell as many as 7,500 packs of this rice porridge dish a day during the fasting month.

“The secret to a good bubur lambuk lies in the words ‘tumis darat’, which refers to the inviting aroma as soon as the lid is lifted up, ” said the 45-year-old, who hails from Sungai Petani, Kedah.

For this dish, aromatic elements like shallots, garlic and ginger need to be browned separately and later scattered atop the porridge. Then the lid is closed.

So, imagine a rice gruel, already rich and appetising with the flavours of coconut milk, seafood, meat and dry spices.

With the addition of the fried aromatics, an infusion process begins to take place within the pot, resulting in a fragrance that is sure to whet the appetite.

In celebrating the spirit of togetherness, Budiman has also come up with several main dishes such as quail in a sweet and spicy sauce, sirloin and tripe with bamboo shoots cooked in a red curry chilli paste, stingray in a spicy tamarind broth and flower crabs in butter and salted yolk.

The quail is corn-fed and unlike the skinny versions commonly seen, these ones are specifically bred to a size of 300g per bird.

The sauce, enriched with coconut milk, was inspired by the curries one would find in a nasi kandar meal but with the spices toned down so as not to overpower the quail.

The sirloin, which is known as daging tetel in traditional Malay cooking, uses Australian beef and has a nice layer of fat for that buttery mouthfeel.

It is first cooked in a pot and then popped into the oven for two hours at 140ºC to obtain a tender result. Coconut cream is added last to thicken the gravy.

The stingray is sourced from Penang and the kitchen has opted for skate wings no heavier than 1kg each. The reason is if the fillet is too thick, it will be chewy and rough.

Much fuss has also been put into the butter and salted egg yolk sauce accompanying the flower crab, which was firm, moist and sweet.

To prevent curdling, egg yolk and milk are steamed for three hours. Only then is it stirred to a creamy consistency.

For dessert, a jackfruit cheesecake catches the eye with its colourful meringue topping.

But for those who yearn for a traditional sweet treat, there is the durian soup with pancake rolls. Made with D24 durians, it is sweetened with palm sugar. Not to be missed are the melt-in-your-mouth pineapple tarts.

In typical buffet fashion, the spread is an extensive one that features seven rotational menus.

Not left out are festive favourites such as lemang, ketupat, serunding, cookies and kuih plus a savoury section featuring several types of salted fish like silver white croaker, gourami and queenfish.

Make sure to visit the Malay kerabu and appetiser section in between courses.

Diners can find premium items in combinations such as abalone and mushroom, and clams with green papaya here.

This year, the traditional Ramadan offerings will sit side by side with an international buffet, which will feature a roasted lamb at the carvery section.

Also look out for the giant beef patties beside the lamb.

The buffet is until May 12.

The restaurant will also have an elaborate buffet for Hari Raya Aidilfitri. 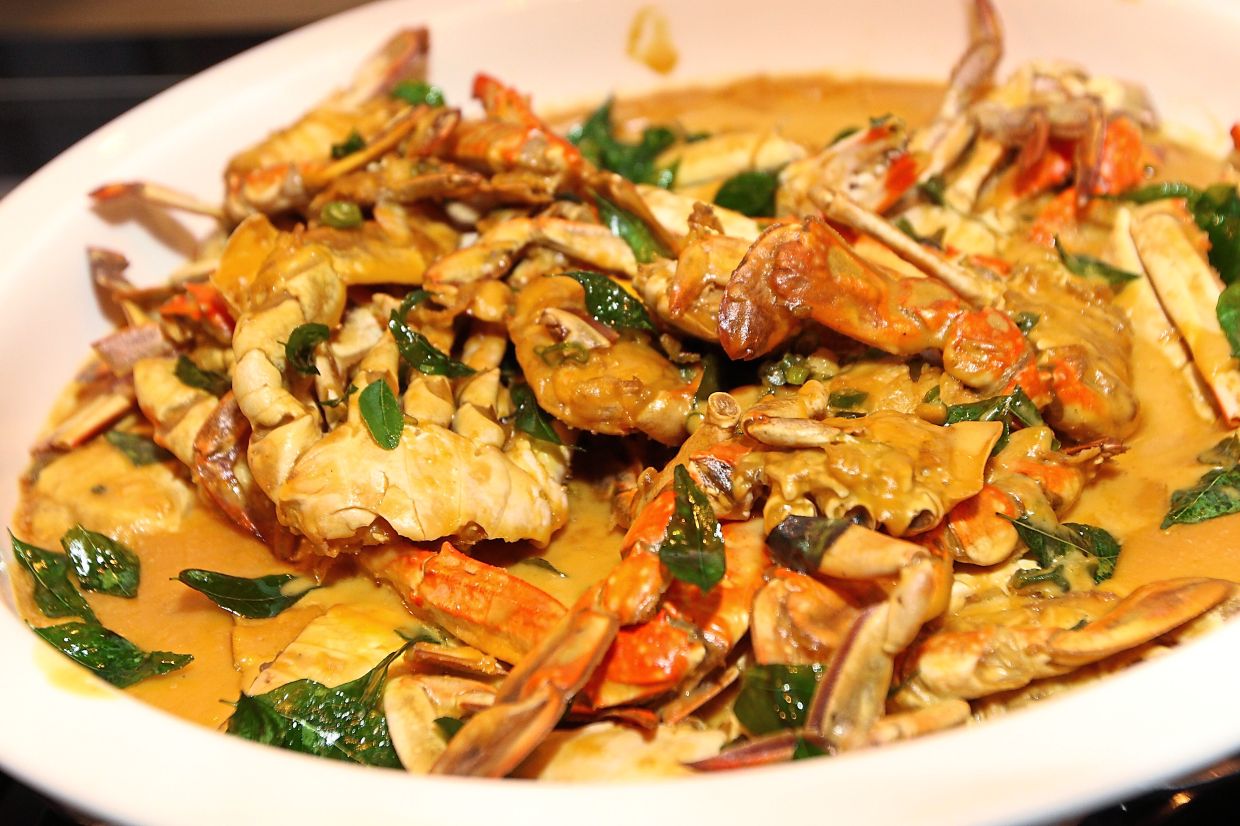 Several types of salted fish in the buffet.

The durian soup with pancake rolls is made with D24 durian. 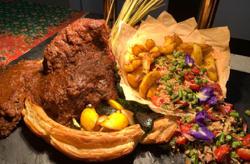