This year’s new variant of yee sang, the Chiu Chow Yee Sang, was inspired by chef Alex Au’s travels and the local yee sang he had sampled.

The executive Chinese chef at The Ritz-Carlton, Kuala Lumpur’s Li Yen curated the yee sang after having drawn inspiration from the varieties he tried in China, Thailand and Singapore.

“In Chaozhou, China, they eat the raw fish dish with raw garlic but in my version at Li Yen, I fry the garlic.

“In Thailand, they eat yee sang all year long, not only during Lunar New Year. And star fruit is included in the mix.

“The sauce was inspired by the one I tried in Singapore.

“My version has tangerine oil and sour plum sauce,” he said.

Then there is the nourishing Double-boiled Soup with Conch, Dried Scallops and Mushrooms that helps warm up the stomach in preparation for a sumptuous meal ahead.

The flavourful barbecue sauce had me wishing I could enjoy it with a bowl of rice.

Using Chinese sausages specially flown in from Hong Kong, this dish requires up to 45 minutes to prepare for the flavours of the vegetables, meat and Chinese herbs to infuse into the rice.

The melding of flavours leave a distinct taste in the rice.

The Wok-fried Prawns with Truffle Sauce was well-received among diners as was the Steamed Flower Grouper.

I enjoyed the strips of pork paired with the grouper, which complemented the fish’s overall taste.

In between the sumptuous offerings of meat and seafood was the veggie dish of Bamboo Pith with Asparagus and Fungus.

Here, the Three-Layered Nian Gao with pumpkin, purple yam and taro packed up in tiers, is deep-fried until golden brown and crispy.

We ended the meal with Black Sugar Bentong Ginger Tea with Peach Gum and Sesame dumplings.

Au said, “I chose Bentong ginger as in Malaysia, it is considered the king of ginger.”

The ginger balances the sweetness of this dessert and complements the homemade dumplings.

Located on the second floor, the 190-seater Li Yen also offers seven private dining rooms to accommodate intimate groups of eight and up to 30 for larger celebrations, reunions or business functions. 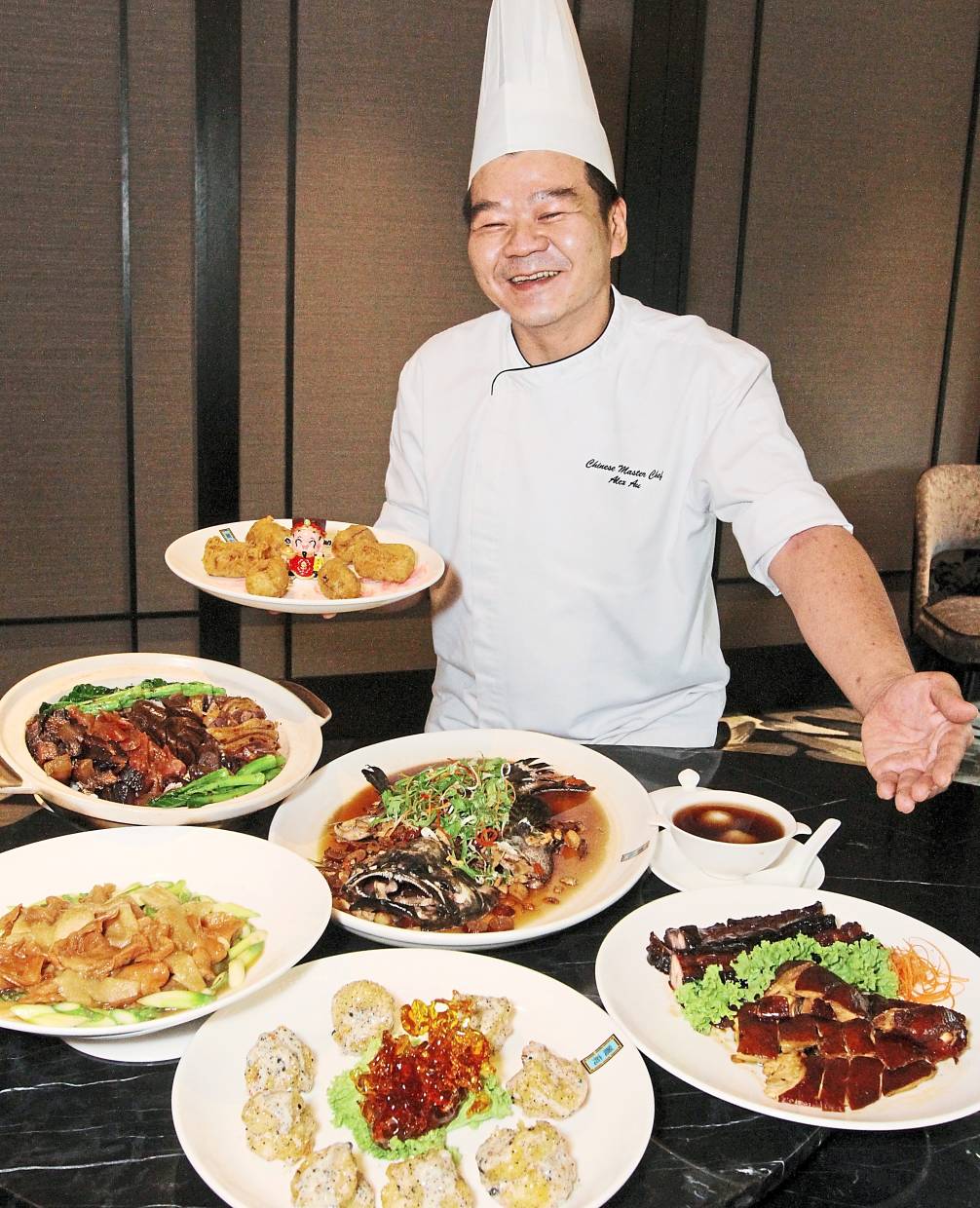