ON Nov 6, 2018, Chen Weijie, 30, an online celebrity based in Meizhou village, Guangdong province, South China, sold 160 million yuan’s (RM95mil) worth of products during an eight-hour live-streaming session on Kuaishou, a short video platform. The marathon online sale was almost non-stop, except for short breaks to drink water or answer calls of nature.

Welcome to China’s online world of short videos that is fast morphing into content-driven e-commerce. Here, people such as Chen sell 30,000 toothpastes within one minute, or nearly 100,000 pieces of thermal underwear in about 10 minutes, or 10,000 Xiaomi smartphones during a live-streaming session.

Chen, whose Kuaishou handle is “sandage” (or a practitioner of sanda, a Chinese version of kickboxing), shot to fame after uploading many funny short videos complete with music, stickers and animation on to Kuaishou. Such shorts earned him 45 million fans online.

Stated differently, Chen commands the attention of 45 million pairs of consumer eyeballs. And where minds are focused, advertisements and product endorsements can’t be far away.

China now boasts an army of online hosts such as Chen who first attain popularity by hosting short videos, and then convert that fame into a sales machine, to peddle a variety of products.

Like Chen, Chinese actress Liu Yan has tasted success as an online host. On June 30, in a three-hour live-streaming session on Kuaishou, she sold more than 15 million yuan’s worth of products like toothpaste, masks, facial cleansers, vacuum cleaners and juicers.

In just five minutes, Liu attracted over 1 million netizens to her flash e-sale. Some of them bought 25,000 bottles of shampoo within two minutes. And minutes into the live-streaming session, about 1.3 million consumers joined Liu’s Kuaishou account to follow the proceedings.

Liu posted her first short video on Kuaishou in June 2017. So far, she has published 24 videos, which portray her daily work and life scenes.

Hosts such as Chen and Liu are the backbone of China’s content-driven e-commerce, which is a growing trend as more and more manufacturers choose short video apps like Kuaishou and Douyin to promote their products. Chinese short video platforms are doubling down on e-commerce features in the hope of monetizing their user bases.

Kuaishou has cooperated with third-party e-commerce platforms such as Taobao and Tmall – both of which are run by Alibaba Group Holding Ltd – mobile e-commerce platform Youzan, which is backed by Tencent Holdings Ltd, JD and online discounter Pinduoduo Inc.

It lets sellers demonstrate their products via a channel called Kuaishou Small Store. When other users want to buy products they see on the store, they will be directed to the third-party e-commerce sites and the transaction will be completed there. The links to products are added during the live-streaming sessions.

Su Hua, founder and chief executive officer of Kuaishou, said e-commerce is an important link in the company’s monetization strategy.

Kuaishou is aiming to achieve 300 million total daily active users on its platform by 2020, with the sales revenue from advertisements reaching 15 billion yuan, up 50% compared with the same period last year, said Yan Qiang, vice-president of Kuaishou’s business platform.

Kuaishou’s archrival Douyin, developed by Beijing Bytedance Technology Co Ltd, has also rolled out a shopping cart feature. It has tapped e-commerce by allowing vendors such as Xiaomi Corp and e-tailer JD to roll out mini-programmes on its platform.

The transactions could be completed without the need to leave the app for visiting sellers’ online platform. By giving users a more direct way to search for and buy products, Douyin has put itself in closer competition with social e-commerce apps like Pinduoduo.

Douyin said in January that the app’s number of daily active users reached 250 million, while its monthly active users had surpassed 500 million. Some 60% of Douyin users are women, and about 70% of them reside in China’s top-tier cities.

Zhang Nan, president of Douyin, estimated that the total daily active users on short video platforms will reach 1 billion in 2020.

Entertainment and social interaction are the main functions of short videos, and along with the commercial use of 5G technology in the future, the online audio-visual industry will usher in a historic opportunity to make a breakthrough, said Zhou Jie, deputy secretary-general of the China Netcasting Services Association.

Kuaishou has become especially popular among small retailers and farmers in rural areas. Some of them sell local agricultural products via Kuaishou. More than 16 million people in rural areas received incomes through the platform in 2018, among whom about 3.4 million people came from national-level poverty-stricken counties, according to the company.

Chen Sinuo, vice-president of Kuaishou, said the short video platforms enable users in rural areas to gain attention from the public, showcase their lives and have a sense of recognition and pride in their own identity.

Moreover, Kuaishou has announced it will increase investments by up to 10 billion yuan to facilitate data flows for its 100,000 premium content creators next year. It plans to cover more than 20 fields such as games, fashion, sports and music, as part of a broader drive to speed up monetization.

The percentage of online celebrities who signed up with advertisers increased from 23.1% to 57.53% in 2018.

“The internet celebrities hope to increase their fans via short video platforms. The combination of short videos with live-streaming is an effective method to engage potential clients and drive online sales,” said Cao Lei, director of the China E-Commerce Research Center.

Cao said China’s internet celebrity economy is booming, and short video platforms have stepped up efforts for monetization. They are expanding collaborations with current e-commerce sites.

“However, it is harder for short video platforms to attract an increasing number of users,” Cao said.

Maintaining the growth of data traffic in the future is crucial for these platforms.

Sun Jiashan, a researcher with the Chinese National Academy of Arts, said there is a lot of potential for e-commerce aspirations of short video platforms. 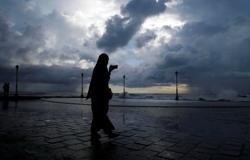 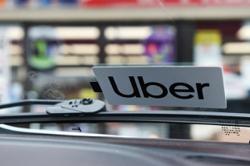 Uber is coming to Tokyo after six years in Japan