New model: Workers stock the shelves at a Walmart store in Miami, Florida. The Arkansas-based company has been increasing wages and benefits in recent years, as retailers and other low-wage employers struggle to fill jobs. — AFP

NEW YORK: Walmart Inc, the largest private-sector employer in the United States, is raising its starting wage 17% after a surge in inflation last year and heightened competition for workers.

US consumer prices climbed 6.5% in December from a year earlier.

The increase will “ensure we have attractive pay in the markets we operate,” John Furner, the head of Walmart’s US operations, said in a message to employees.

Depending on the location, starting wages for new workers can range as high as US$19 (RM81).

The Bentonville, Arkansas-based company has been increasing wages and benefits in recent years, as retailers and other low-wage employers struggle to fill jobs.

However, its compensation for hourly workers typically trails that of rivals such as Target Corp, Costco Wholesale Corp and Amazon.com Inc.

Applications for US unemployment benefits unexpectedly fell in the week ended Jan 14, sliding to the lowest level since September.

The four-week moving average in initial claims, which smooths out some of the week-to-week volatility, edged down to 206,000, the lowest since mid-May.

This has raised prospects that the Federal Reserve could further raise interest rates, putting further strain on minimum wage workers and household budgets.

Walmart’s increase in wages will be fuelled by regular annual pay raises and “targeted investments in starting rates for thousands of stores,” Furner said.

The pay bump will be reflected in March 2 paychecks, the company added.

Its new round of hikes came six months after it raised the average pay for pharmacy workers to more than US$20 (RM85) per hour and said it would offer more frequent and automatic pay raises as part of a new “progressive wage model” to fight labour shortages.

The company is elevating tech positions at the centres to a higher pay scale “that reflects the special skills needed for the role and its importance to our business”.

Walmart is also adding new college degrees and certificates to its programme that pays tuition and fees for employees.

Earlier this month, the retailer said it was expanding an initiative to train supply-chain associates as truck drivers who can earn as much as US$110,000 (RM470,000) in their first year. — Bloomberg 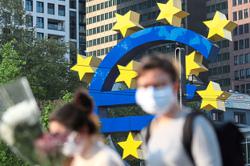