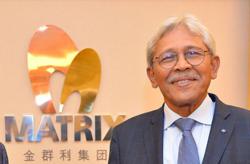 IN spite of the challenging impact of the pandemic over the past couple of years, many property developers still managed to record stellar sales performances.

Many industry observers and even analysts will agree that the Home Ownership Campaign (HOC) was a huge sales catalyst for 2020 and 2021.

Savills Malaysia Sdn Bhd group managing director Datuk Paul Khong believes that without the extension of the HOC, all benefits given would cease to be carried through into 2022. 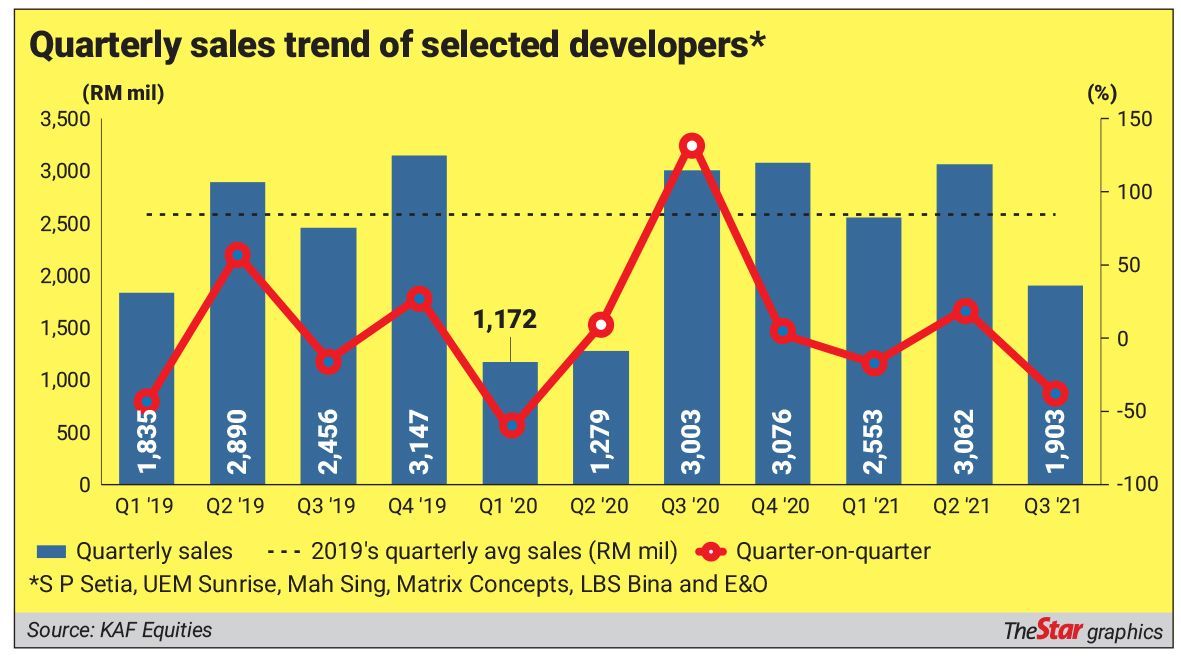 “In the new year, we expect primary market sales to be relatively slower, at least in the first quarter,” he tells StarBizWeek.

“This is because many genuine homebuyers would have rushed and acted to purchase their first home, while upgraders would have gotten a better unit in the fourth quarter of last year already,” Khong adds.

KAF Equities Sdn Bhd says an extension of the HOC would have been an added catalyst for property developers.

“A property stimulus like the HOC had encouraged home purchases since it was first announced in 2020 during the pandemic.

“As we approach the endemic stage of Covid-19, one of the avenues to reflate the overall economy is to continue to extend the stimulus to the property sector.”

KAF Equities says this is because the property sector has a multiplier effect on the overall economy, especially the banking, insurance and construction sectors.

Nevertheless, the research house says developers will likely be looking at stronger sales in 2022 from more aggressively planned launches in the year.

“Their working assumptions exclude the HOC extension. Any easing measures like the extension of the HOC would be an added catalyst to a stronger property outlook in 2022.”

KAF Equities adds that residential volume had picked up in the first nine months of 2021, with higher average transacted prices at RM389,000 per unit.

This is comparable to pre-pandemic levels, where transacted prices averaged RM345,000 per unit over the same period.

“We believe the property upcycle will continue to strengthen and stronger sales would follow. Developers’ nine-month 2021 sales are already ahead of expectations, despite the lockdowns during the third quarter of last year.

“The fourth quarter of 2021 would likely be a stronger quarter from the lifting of economic restrictions. This may be followed by higher pre-sales targets for 2022.”

KAF Equities says it is maintaining its pre-sales growth target for developers under its coverage at around 19% or RM11.5bil in 2022.

Kenanga Research meanwhile says 2022 will be a tougher year to move sales.

The research house adds that an expected interest rate hike, as the economy recovers, as well as growing overhang and unsold units under construction within the residential market, would have an adverse impact on the local property sector.

The government reintroduced the HOC in June 2020 under the Penjana initiative to boost the property market after it was adversely affected by the Covid-19 pandemic.

According to the Real Estate and Housing Developers’ Association (Rehda) deputy president Datuk N K Tong, as of Sept 30, 2021, a total of 73,503 residential units valued at RM47.38bil (after discounts) had been sold since the HOC was reintroduced in 2020.

Discounts worth more than RM9bil were given to buyers during the period.

During a briefing in October last year, Rehda president Datuk Soam Heng Choon urged the government to consider extending the HOC into 2022, as the campaign had been disrupted for over four months as a result of the prolonged nationwide lockdown.

“The HOC, which has just ended, had been beneficial for first-time homebuyers as well as developers, improving sales and reducing property overhang.

“In the third quarter of 2021, the volume of transactions of high-rise residential properties (including serviced apartments) in Kuala Lumpur showed an upward trend, soaring 25.5% in the quarter, albeit registering a lower transacted value.

“This was likely due to the gradual easing of restrictions and reopening of sales galleries,” he says.

According to Rehda statistics, Selangor dominated sales during the HOC, with 30,888 units valued at RM21.1bil being sold.

This was followed by Kuala Lumpur, which recorded RM11.6bil in sales with 17,468 units being sold.

Johor was the third highest with 8,723 units valued at RM5.4bil being sold, followed by Penang which recorded RM4.5bil in sales with 6,784 units being sold.

Khong says developers will now have to work much harder to secure sales, as there is no major savings or benefits with no actual push to buy, for the moment.

“Developers will need to try to capture the pent-up demand in the market and develop more innovative strategies and products to attract buyers and drive up sales.

“Township developers need to showcase to their potential buyers what the developments will be, especially in terms of living environment.”

Khong adds that developers will have to understand and act on the demand from the existing market with good themed products, value for money developments and special financing packages for buyers.

“There will be some more auctions coming through with the moratorium ending.

“There will also be more willing sellers in the secondary market with the latest changes with regards to the real property gains tax.

“There are still a lot of overhang products in the primary market and this will be another challenge for the real estate sector.”

According to the National Property Information Centre (Napic), there were 30,290 unsold completed residential units (overhang) worth RM19.75bil as at September 2021, compared with 30,926 units worth RM19.99bil in the previous corresponding period.

Units below RM300,000 comprised 25.5% of the total overhang, while units above RM1mil (12.4%) consisted of the remaining unsold units during the period under review.