In a filing with the stock exchange, Hap Seng said the acquisition price was based on RM1,300 per sq ft.

It said its wholly-owned subsidiary, Sierra Positive Sdn Bhd, had entered into a conditional sale and purchase agreement to acquire the Met 3 land.

The lease tenure of the commercial land will expire on Aug 11, 2109.

“Located right adjacent to the Malaysia International Trade and Exhibition Centre, the proposed Met 3 acquisition enables the group to strengthen its property development presence in KL Metropolis,” it said.

“KL Metropolis is one of the most sought-after addresses in the Klang Valley surrounded by the prestigious townships of Damansara Heights, Sri Hartamas, Mont Kiara and Bangsar. Home to the largest trade and exhibition centre in Malaysia, various plans to further improve connectivity within and around KL Metropolis are already underway,” it added.

Accordingly, Hap Seng said it was confident that the connectivity and accessibility of the Met 3 Land would bode well for its future project launches.

“This land-banking initiative in a strategic location is expected to create sustainable revenue and profitability for the group’s property development business,” it said.

Hap Seng had intention to build a mixed commercial project, with a gross development value of RM8.7bil, on the Met 3 Land. 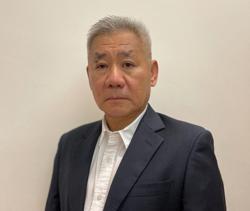