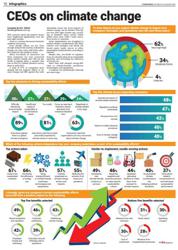 EUROPEAN carbon futures rose above 80 (RM382.80) a tonne yesterday for the first time, testing the resolve of politicians who are promising to act aggressively on climate change while grappling with inflation that’s tearing into economies across the globe.

The cost of polluting has increased more than 140% this year after a stricter environmental agenda in Europe was laid out and a sweeping rally in natural gas prices made dirtier coal more economic to use for power generation. The futures price rose as much as 0.7% to 80.42 (RM384.80) a tonne on ICE Endex in Amsterdam, before turning negative. The fast-paced increase in carbon prices has taken policy makers by surprise.

Making it expensive to pollute is meant to push dirty fuels out of the power generation and industrial processes.

In the long-term, a high carbon price could accelerate investment in methods to cut emissions or switch to cleaner fuels.

Technologies like carbon capture and storage or hydrogen production from renewable energy become more economically viable if the carbon price remains at or above current levels.

While the high price could spur companies to invest in equipment to lower their emissions, the speed of the increase will likely make them pause to see whether the current prices are here to stay, according to Marcus Ferdinand, a manager focusing on power and emissions in Europe at Oslo-based Thema Consulting Group.

The relative strength index, a technical indicator of a market’s momentum, showed the carbon price is the most overbought since May, just before the price dropped 12% in two days.

With inflation already surging, rising emission costs aren’t going to help. Rapidly rising carbon prices are stoking concerns that the European Commission could step in to limit speculation in the market.

As the year comes to a close, a handful of other technical factors are also pushing permits higher. —Bloomberg 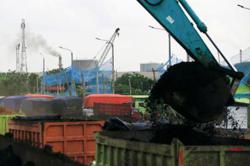