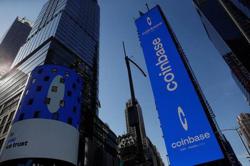 First Class passengers like Jeff Bezos and Richard Branson are building their own escape pods. Two viral diseases are spreading rapidly, one called Covid-19 and the other FakeNews. Scientists and the rational-thinking can’t seem to convince everyone that we should cooperate to fix the planet before we all burn up.

THE planet is clearly in a mess. How did we get into this mess and how do we get out of it?

The trouble is that we are 7.8 billion passengers on Spaceship Earth, with the captain, chief engineer, crew and passengers all quarrelling, whilst the critical zone outer skin is burning up.

First Class passengers like Jeff Bezos and Richard Branson are building their own escape pods. Two viral diseases are spreading rapidly, one called Covid-19 and the other FakeNews. Scientists and the rational-thinking can’t seem to convince everyone that we should cooperate to fix the planet before we all burn up.

We don’t have a unified map of where we are and what to do about our dilemmas, so we may need a OneEarthBalanceSheet to unify the data from ecologists and economists and policymakers to get a total picture of where we stand.

The ecologists spent at least 50 years since the 1972 Limits to Growth Report trying to prove that our current lifestyles are unsustainable. The economists retorted that if you can’t quantify it, we can’t measure its effect and anyway, the market and technology will solve all the problems.

Balance sheets are typically reports on the financial condition of an economic entity. As consumers and investors now care a lot more about the environmental, social and governance (ESG) aspects of corporate behaviour, companies are beginning to measure and disclose (very patchily) their financial conditions and corporate responsibilities to society.

By the way, the International Financial Reporting Standards (IFRS) Foundation has still not yet issued a unified reporting standard on ESG. Only this year has the United Nations approved its System of Environmental-Economic Accounting-Ecosystem Accounting (SEEA EA) that measures the value of natural capital, so we can finally start implementing ESG reporting at the national level.

Natural capital tries to value biodiversity and natural resources, in contrast to produced and human capital, which is measured in national economic accounting.

We have national balance sheets, based on government, financial, corporate and household and foreign trade and financial data, but few of these actually incorporate data on natural capital.

So long as we see the world only through national eyes, we end up with geopolitical problems because the planetary problems are today far larger than any single country can solve.

So conceptually, a OneEarthBalanceSheet would help identify what every country, company or individual is doing to change our planet and humanity’s total condition, for better or worse.

The OneEarth perspective reveals at least four obscene imbalances in our planetary balance sheet. Small wonder one wit said after the 2008 global financial crisis, nothing on the right side of the balance sheet is right, and nothing on the left side is left. The world is running on empty.

The first is the pandemic injustice against poor countries. As of May 24, 2021, over 75% of all vaccine doses had been administered in just 10 countries, whereas in many low-income countries, those who got at least one dose are less than 1% of the population.

The prestigious British Medical Journal claims that the United States, the United Kingdom and Holland are throwing away tens of thousands of doses of vaccines that are due to expire, even as the poor are starved of vaccines.

The second is military spending increase amidst global poverty. Annual 2020 global military expenditure was US$2 trillion (RM8.47 trillion), with the US accounting for 39% of total, and that rose 2.6% even as the world’s gross domestic product (GDP) fell 4.9%.

Global net official development aid in 2020 was only US$168bil (RM711bil). The International Monetary Fund has estimated a vaccination strategy for poor countries would cost US$50bil (RM211bil), less than the 2020 increase in military spending.

Who contributed most to the current state of affairs? Actually, only a handful of countries and companies. According to the Carbon Majors Database, just 100 companies accounted for 71% of carbon emissions that caused global warming since 1988. The US has emitted more CO2 than any other country or 25% of historical emissions, twice more than China – the world’s second-largest national contributor; whilst the European Union contributed 22%.

The amazing thing is that the most sanctimonious countries on climate action may possibly become the worst offenders.

According to environmentalist Bill McKibben, if Canada allows its Alberta shale oil project to go ahead, the extraction of “a hundred and seventy-three billion barrels would produce about a hundred and twelve billion tonnes of carbon dioxide, which is 28% of the world’s total remaining carbon budget if we want to have a 50% chance (not a guarantee) of meeting the climate goals we set in Paris.”

Those who commit crimes against mother nature may have to worry as lawyers have now conceived a concept of “ecocide”, as against “genocide”, defined as ““unlawful or wanton acts committed with knowledge that there is a substantial likelihood of severe and either widespread or long-term damage to the environment being caused by those acts.”

After all, ecocide in say, destroying the Amazon forest may have the same devastating impact on the Amerindian natives who live there.

If adopted by the International Criminal Court, life will become even more complicated. Perhaps lawyers should work on a similar definition for “infocide”, a crime committed by those who wantonly commit misinformation, disinformation or FakeNews damage to others?

OneEarth is imbalanced because there are no limits to military spending, monetary creation or FakeNews. The only defence against mutually assured destruction is moral in nature. Those who don’t have moral obligations to humanity and nature, please buy your place in the next escape pod to space. 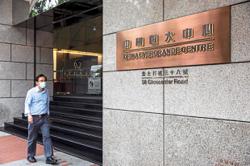 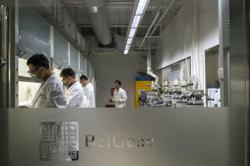