Having her sweets and eating it too

“Whether it is entrepreneurship or a leadership role within an employment, I believe if you put 100% focus on it for at least a year, you will enjoy the progress and see results." --- Yasmin Karim

FOR a sweet venture, Pops Malaya was, in fact, birthed out of a tough time for its co-founder Yasmin Karim.

She was going through a divorce and was fighting a custody battle for her daughter. She had spent most of her time in courts and gone through pages and pages of affidavits while her savings dwindled. It was a taxing time for her emotionally, physically and financially.

Starting a business, she says, was really about getting her mind off things at home. It would, of course, also help her make some extra income.

So in 2016, she partnered with her childhood friend, Zuraini Zulkifli, to launch Pops Malaya, a freeze-at-home popsicle brand that is made from real fruits.

“Popsicles came to mind because I had overindulged on iced lollies when I was pregnant, until the gynae announced I was pre-diabetic. I had to trim sugar from my diet. That was when I decided to make my own real fruit popsicles with little or no sugar, ” she says.

They started their small operations in a shoplot. She’d go over at night, after work, and make popsicles until 3am. Then she’d head home, grab a quick wink and head off to work in the morning.

It worked out well as a distraction. 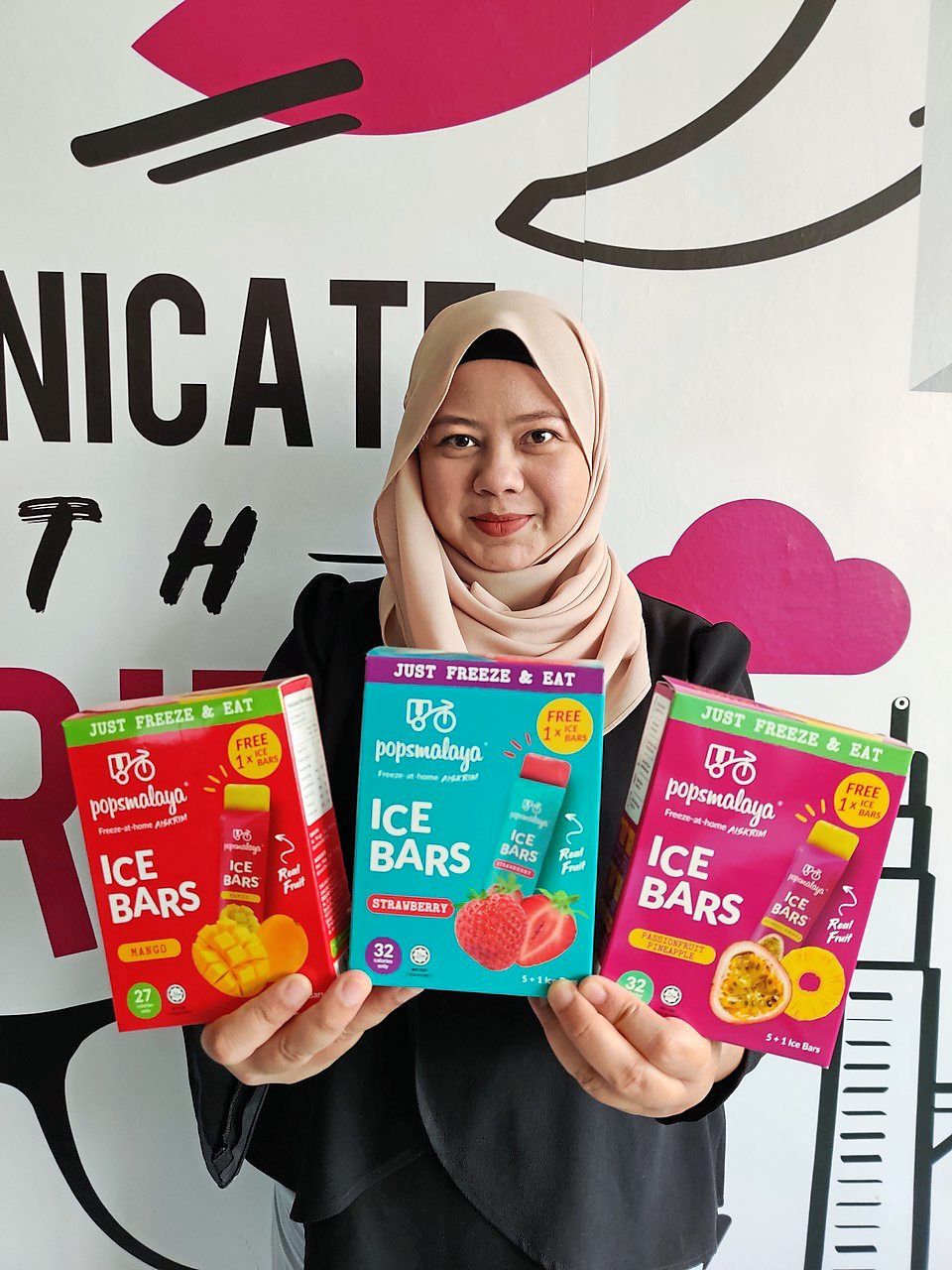 “Whether it is entrepreneurship or a leadership role within an employment, I believe if you put 100% focus on it for at least a year, you will enjoy the progress and see results." --- Yasmin Karim

Until Pops Malaya got a five-minute feature on Majalah 3, and the whole thing quickly turned into a serious venture. Enquiries for its products shot up and soon, they could not keep up with the orders.

“A couple of months later, I decided to resign from my job and run the business full-time, ” Yasmin shares.

Yasmin was optimistic that with the economies of scale, and some luck, they would be able to make a profitable outfit out of Pops Malaya. Fortunately for them, business grew steadily over the years that followed.

The duo got another big break when they bagged a contract in February 2020 to place Pops Malaya Ice Bars at Petronas’ Kedai Mesra outlets nationwide. By March 15, their popsicles were in over 800 outlets.

However, their celebration came to a halt when the first movement control order (MCO) was imposed three days later.

With people confined to their homes, there was little reason for them to fuel up or even visit retail outlets. Additionally, most petrol stations restricted purchases through the pigeonhole.

“As a new product on the shelf, we knew sales would not take off given that circumstance. So, we decided to add an e-commerce feature on our website. We ran social media ads and the orders started pouring in again, ” she says.

What’s more, with people needing to make side incomes during the MCO, their customers eventually expressed interest to also sell their products. This opened up a new opportunity for the company.

They rolled out the home distributor segment, which gave the company an additional revenue stream. Consequently, Pops Malaya saw a growth in revenue last year.

Notably, many food-related and home-based businesses have popped up over the past year, adding ever more players to the market. But Yasmin seems unperturbed by the competition.

“Home-based food business has been around for a long time, and as a new player in this business, we are riding the wave. But we prefer to focus on the voices of our customers, as opposed to paying too much attention to what the competitors are doing, ” she says.

Moving forward, she hopes to shape Pops Malaya into a household brand. And she is prepared to spend the next few years building towards that goal.

Yasmin also thinks that its affordable pricing and growing consumer interest in healthier food options will help it get there.

“I am proud that Pops Malaya is not just a better-for-you ice-cream. Through our home distributor programme, we are able to help students, homemakers and those who have been laid off to earn some income for themselves and their families.

“My inspiration to move forward is our agents and stockists. Sometimes we have mothers with little children waiting in the car, coming to our factory to collect stock. There are also working people who come by before and after work and students who find time in between classes.

“It inspires us to push through because this business now involves the livelihoods of others, ” she adds.

Apart from growing its home distribution and retail segments, Yasmin is also looking to explore the export market. She is eyeing opportunities in countries where Malaysia has free trade agreements with to ensure that they have a competitive advantage in terms of pricing.

For sure, Yasmin has learned much about handling and growing the business better given her experience over the last few years, particularly so during the MCO.

She notes that opportunities are aplenty these days for a business to flourish. Not only are there new platforms to sell their products on, there is also increasingly more assistance available to help entrepreneurs and small businesses succeed. Yasmin participated in the Alliance Bank-EcoWorld BizSmart Challenge 2020.

She encourages budding entrepreneurs to find ways to work around their limitations and to focus their efforts on taking their ventures forward.

“Whether it is entrepreneurship or a leadership role within an employment, I believe if you put 100% focus on it for at least a year, you will enjoy the progress and see results.

“It is not going to be easy in the beginning because you are bound to experience self-doubt, sleepless nights and hard work. Do not be tempted to quit, just commit to stick with it for at least a year, ” she says. 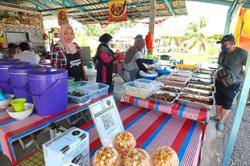 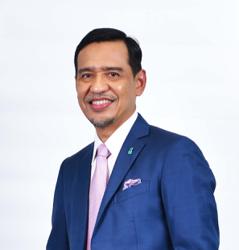