Proton and Perodua to maintain lead in car sales 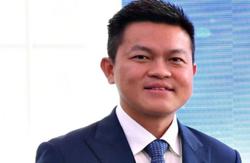 Selling fast: Analysts expect sustained strong sales momentum of the Proton X50 in the first half of the year.

PETALING JAYA: AmInvestment Bank Research is projecting an 11% growth for the automotive sector this year, following the extension of the vehicle sales tax exemption.

AmInvestment Bank Research added that the tax holiday would boost sales of passenger cars, especially those developed by locally-manufactured companies.

“While the sales tax exemption will continue to benefit all passenger vehicle brands across the board, we strongly believe that the local auto sector will still be backboned by both national automakers as Proton and Perodua’s fleet of vehicles are priced more attractively, with superior value propositions compared with the mid-tier, non-national brands such as Toyota, Nissan and Honda.

“Year-to-date November 2020, the combined total market share of both Proton and Perodua stood at 64% of total TIV.

“We expect a similar trend to continue in the first half of 2021, with the sustained strong sales momentum of the Proton X50 along with its Persona, Iriz, Exora and Saga models, as well as the debut of the A-segment Perodua D55L S.”

Under the vehicle sales tax exemption, which was initially announced in June, locally-assembled cars will be exempted from sales tax while for imported cars, the sales tax will be cut from 10% to 5%, until Dec 31,2020.

Last week, the government announced that the tax exemption would be extended until June 30,2021. Under the extension, the sales tax exemption percentage remains unchanged.

AmInvestment Bank Research said the announcement came in as a positive surprise, given that the government had initially rejected the Malaysian Automotive Association’s (MAA) request for an extension of the tax exemption.

“From our checks, passenger vehicle prices will continue to be 1% to 6% lower across the board (depending on car model), which we believe will be beneficial to all auto players in our coverage in sustaining strong profitability in the next two quarters ending June 2021.

In addition, we believe that the current low interest rate environment will prevail for the entire of 2021, which will be supportive of vehicle purchases throughout the year.”