Higher savings since the start of MCO 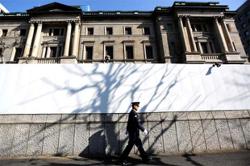 PETALING JAYA: Despite the low rates offered to customers, banks continue to see a surge in deposits since the start of the movement control order (MCO) in March.

A senior banker told StarBiz that most, if not all banks have seen double-digit growth in their deposits, specifically, current account savings account (CASA) figures as consumers are choosing to be conservative and are “playing safe” by increasing their savings amid the current uncertain economic environment.

On a year-on-year basis, as of August, deposits from individuals increased by 7% while business deposits went up by 4% compared with July’s gain of 2%.

CASA growth jumped by as much as 20% while fixed deposits (FDs) were generally flat in August, official banking data show. “One of the reasons for the surge in non-term deposits like CASA is because of the moratorium which had put cash in the people’s hands, people saved this money in the bank and they preferred to put it in an account where they can take it out anytime, “ said the banker.

The moratorium was a six-month blanket relief for borrowers where they did not have to make payments on their loans, given that some had lost their jobs, and consumer confidence had faltered as a result of the Covid-19 pandemic. The moratorium ended on Sept 30.

“It remains to be seen whether the strong CASA trend can continue post-loan moratorium, ” said the banker.

Banks tend to prefer CASAs as opposed to termed deposits like FDs because it generates a higher profit margin for them.

This is because the interests paid on CASA deposits are generally minimal compared with a term deposit, thereby better for a bank’s margins.

In other words, CASAs are a cheaper source of funding for lenders.

For consumers, the minimal interest paid on CASAs suggests that people are prioritising savings over returns.

That said, retail participation in the stock market also ballooned over this period, which means that not everybody kept money in the banks.

FD rates, meanwhile are also relatively unattractive compared with a year ago.

With the benchmark overnight policy rate (OPR) at a record low of 1.75%, deposit rates have fallen drastically, averaging just about 1.6% for a three-month FD tenure compared with more than 2% less than a year ago.

Recall, the OPR – which determines rates such as lending and deposit rates – has seen aggressive cuts this year in the hope that lower rates, particularly lending rates will cause consumers to borrow more money from banks and spend the cash to stimulate the economy which is seeing a slowdown.

To be sure, while bank lending rates tend to adjust almost immediately following a OPR cut, FD deposit rate adjustments are not as straightforward as banks have to honour existing FD tenures that customers have signed up for.

This increases pressure on banks’ net interest margins – which is essentially the difference between the interest it has to pay to its depositors and the interest it gains from customers via selling credit products like loans.

As such, banks are facing a tough time, according to another senior banker.

Nevertheless, many lenders have turned to other means of generating higher profits such as offering more digital products and services which have seen a tremendous uptake as people utilise online offerings. 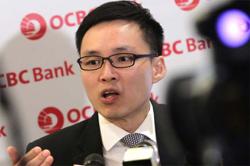