HONG KONG: JPMorgan did not carry out key checks when employing the son of a potential client, a prosecutor told a Hong Kong court on Monday, the first day of a bribery trial of the bank's former Asia investment banking vice-chairwoman, Catherine Leung.

Leung, who repeated a not guilty plea on Monday, is charged with bribing the then chairman of Kerry Logistics Network Ltd , Ang Keng-lam, by employing his son at the U.S. investment bank's Hong Kong office in 2010.

She did so, the prosecution said, in anticipation that Ang would influence his company to give JPMorgan a role on its up-coming initial public offering (IPO).

The investment bank did not consult its legal and compliance department until after the younger Ang's employment contract at JPMorgan was signed, prosecution barrister Robert Lee said in his opening submission.

Lee also cited an email he said was written by Leung when Kerry Logistics was in the early stages of preparing for its IPO.

"Son is very keen to do IB (investment banking), but does not interview well ... The last thing I want is for us to go slow and they ask another bank, and I am sure someone will give him a full time offer given the mandate that is up for grabs," Lee cited Leung as saying in the email.

Leung made no comment in court apart from her plea and declined to comment when approached by Reuters after the first day of her trial.

It was not immediately clear whether Ang or his son, Ang Ren-yi, would be asked to give evidence and neither could be reached through their employer on Monday after Leung's plea, or ahead of the trial.

Ang Ren-yi left JPMorgan in 2011, the prosecution said in a statement last year.

A JPMorgan spokeswoman on Monday referred Reuters to a statement it made last year, when the bank said: "This is a historical case, which J.P. Morgan reached agreement on and settled in 2016." That year, JPMorgan agreed to pay U.S. authorities $264 million to resolve allegations it hired relatives of Chinese officials - known as "princelings" https://www.reuters.com/article/us-jpmorgan-settlement/jpmorgan-to-pay-264-million-to-resolve-china-hiring-probe-sec-doj-idUSKBN13C1Z8 - to win banking deals.

Kerry Logistics did not immediately respond to a request for comment on Monday. A representative said last year Ang stepped down as chairman of the firm in August 2012 and that JPMorgan did not participate in Kerry Logistics' IPO in December 2013. - Reuters 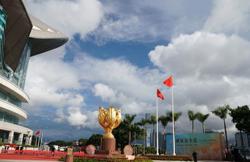