The hub: ABC serves as an accelerator, incubator and coworking space to nurture major blockchain innovations.

AS the world becomes increasingly digital, many of the traditional ways to transfer and trade assets can be deemed as time-consuming and inefficient, particularly so for transactions that need to be safe, secure and traceable.

In the wake of new technology, OMC Group is advocating blockchain as the solution to these problems.

Co-founder and chief executive officer Datuk Jack Lee believes there is enormous potential for businesses to develop blockchain-linked applications for the security of data and information.

Most people equate blockchain to bitcoin and speculative cryptocurrency investment. In reality, says Lee, the technology enables traditional assets to be digitised conveniently, making them more secure to trade, manage and operate.

“So OMC’s mission is to redefine people’s understanding of blockchain and its benefits, ” he says.

The company, which developed the OMC platform, is a subsidiary of software and IT services provider AIO Synergy Holdings Bhd. Lee, who hails from Miri, Sarawak, is no stranger to the tech scene and has been involved in nurturing and growing tech related businesses.

OMC started developing its proprietary blockchain platform in 2017 and has invested more than RM10mil of its internal funds in the business. It has been offering solutions through its own patented decentralised ledger technology (DLT) known as Authorised Proof of Capacity (APoC), which is the consensus mechanism used to run its OMChain.

The APoC consensus mechanism is used for trust and verification purposes on the OMChain, a public blockchain network which distributes data in a decentralised way.

This is to enable companies in different industries to gain insights that can be combined with blockchain technology to build new kinds of projects.

OMC, in turn, will be able to monetise its blockchain-as-a-service (BaaS) platform through charges for users to develop applications for various industries such as plantation and agriculture, e-commerce, financial services and entertainment.

The company also sells its hybrid point-of-sales (POS) devices, which include a mining feature that rewards users with points that can be used for transactions. At the moment, OMC’s POS system is used by more than 30,000 customers in China, Taiwan, Vietnam, Thailand, Singapore and Malaysia. 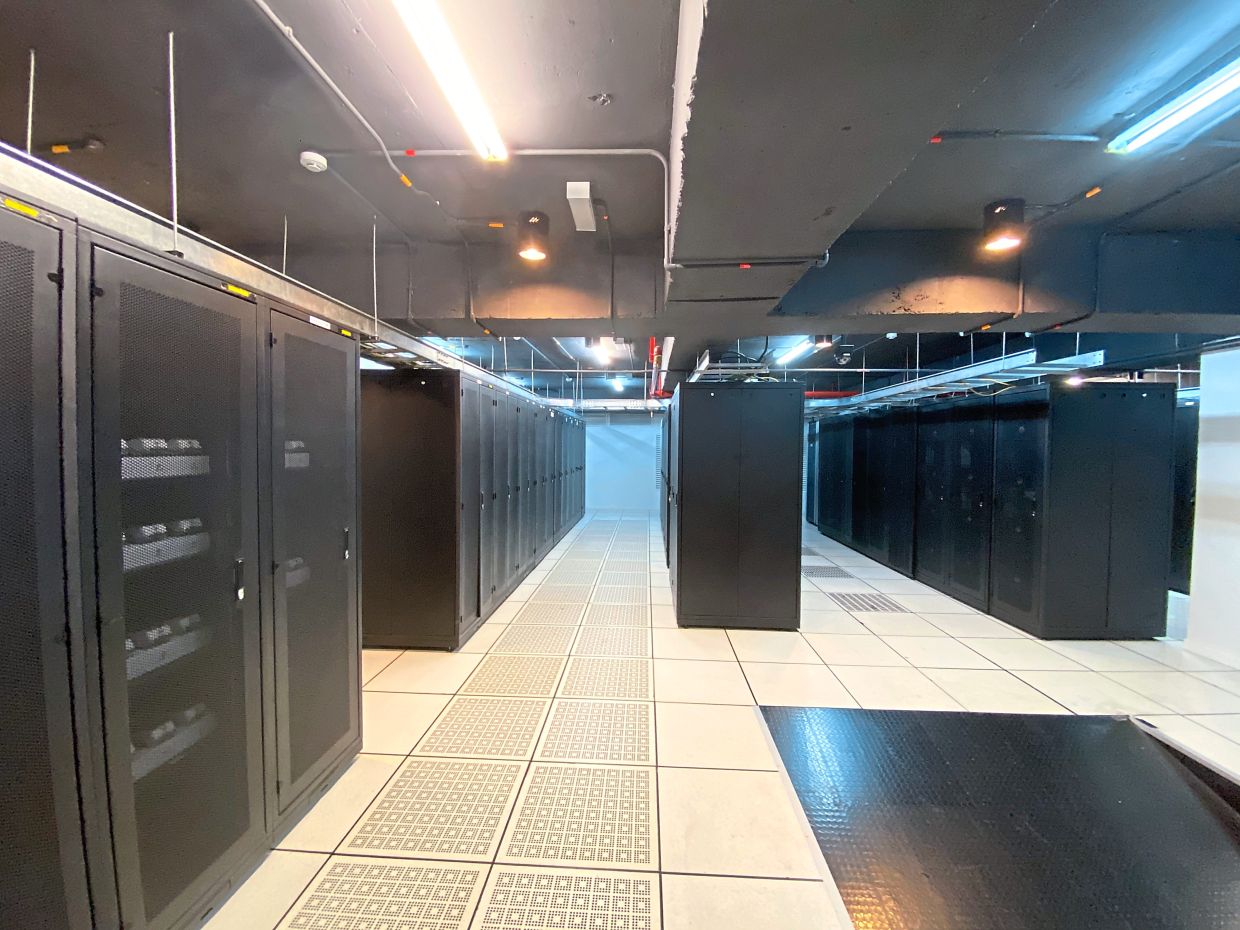 Setting up its tech: OMC has invested more than RM10mil in the business.

However, Lee acknowledges that there is still a lot of market education work needed to increase awareness on this technology despite the fact that blockchain technology has been around since early 2000.

“Our focus is currently on the business-to-business (B2B) segment, especially in the areas of identifying management and certification, supply chain integration, real estate transactions, healthcare records and financial sectors.

“The key benefits of blockchain technology is that it can reduce processing time and save money while ensuring transparency, security and trust by removing intermediaries from these processes as well as removing the risk of manipulation by the participants in the process.

“This allows businesses to save time and cost and build trust and confidence for their brand with consumers, ” he says.Target industries

With industries rushing to digitise and automate their operations and transactions, Lee opines that blockchain could potentially play a role in revolutionising government applications, supply chain logistics, consumer transactions and data security.

At the moment, the healthcare market in the Asia Pacific region has seen the most significant growth in the level of blockchain technology adoption.

The end users in this sector include healthcare providers, healthcare payers and pharmaceutical companies. There are a number of applications within the healthcare segment that are utilising, or could potentially leverage, blockchain including clinical data interoperability and exchange, billing, claim settlements and supply chain management.

In short, Lee says, the technology has made the management of data much more methodical for the industry and has enhanced data security and interoperability.

While Asia is seeing strong growth in this area, China remains the most prominent player in blockchain growth. Tech giants such as Alibaba and Tencent also offer or are developing similar blockchain services.

Blockchain technology is still in the “early majority” adoption phase, where the technology has begun to gain traction and spread exponentially, but there is still some way to go for it to reach full adoption.

But one of the obstacles that the industry faces is the lack of talent. As with most new technology, the expertise needed to support its growth is scarce. And despite growing interest in Asia, there are not as many blockchain developers in the region.

On its part, Lee says the group is taking the initiative to help develop the blockchain ecosystem in this part of the world through the Asia Blockchain Center (ABC) which will serve as an accelerator, incubator and coworking space to nurture major blockchain innovations.

ABC will also provide various academic programmes and collaborate with universities to cultivate talents to meet market needs. The centre also aims to enable developers to innovate and work together.

This will hopefully develop talent as well as assist businesses to adopt this fast growing technology.

“OMC strives to work with the best talents and groups in the industry to research and develop blockchain solutions to help businesses adopt blockchain technology to further benefit businesses, society, community and the country.

“We strongly believe in achieving our vision to become the leader in the blockchain industry, ” says Lee.

Lee says the group’s legal team is currently engaging with regulators to work out a possible legal framework on blockchain payments. Its plans include obtaining a licence in Malaysia to offer financial services in 2021 such as cross-border payment services, as well as expanding its footprint globally through its own patented technology, APoC.

Another important factor for the company’s growth is funding – a notable challenge for most startups in the tech space – to continue developing its technology.

Lee says OMC has attracted interest from the tech and investment community, and is in talks with a strategic investor from China to raise new funds to expand its BaaS platform across the region.

It aims to secure an investment to further develop and promote its B2B blockchain ecosystem, especially in North Asia and Asean countries. Such capital would also help them in developing the expertise needed to enhance the ecosystem, says Lee.

While investment discussions have been delayed by the Covid-19 pandemic, Lee says OMC continues to engage and welcome approaches from strategic partners.

Additionally, ABC will be playing a part in drawing in more funds for this technology by becoming the nexus of Asia’s blockchain investment firms.

Although the company has to navigate through delayed plans and short-lived trends in a fast changing market, Lee expects 2020 to still be a very busy year for OMC. The coronavirus outbreak may have disrupted some of the timelines, but the company has taken the time to refine and recalibrate many of its products and services and Lee hopes to roll them out by the end of the year.

The team continues to labour through its research and development work and they remain focused on their long-term goals.

“I believe that blockchain will be the trend in the future and I foresee that the demand for blockchain applications will be huge, hence our move into this direction will help to redefine how companies and businesses adopt this technology in the new digital age, ” says Lee.

Good turn of events
Grocery platform raises RM6.18mil from ECF
Enabling digitalisation
Getting SMEs on the digital bandwagon
PM: Grant for SMEs to be given out from next week
Higher costs weigh on recovery
Call to reduce burden of SMEs
TAR UC alumni starts national initiative to help with economic uncertainties
Capitalising on growth in logistics
Success in research