We are targeting RM1.1bil in sales for our FY21 and we are confident we can surpass that, ” founder and group executive deputy chairman Datuk Lee Tian Hockhe (pic) told StarBiz. Matrix Concepts has more than 800 employees, 200 of which are in its property segment.

SEREMBAN: During a time when the coronavirus (Covid-19) pandemic is trampling the economy on top of the protracting issue of a property overhang in the country, Matrix Concepts Holdings Bhd has gone against the grain of the sector.

While the movement control order (MCO) has impacted most businesses, the Negri Sembilan-based developer recorded a 50% jump in its total bookings.

From March 18 to June 30, it received bookings for 1,201 units of houses totalling RM827mil, higher than the figures the group had previously achieved in non-MCO periods.

The group has set a sales target of RM1.1bil for its financial year ending March 31,2021 and it is confident that it will achieve it, if not higher.

“We have actually achieved 45% to 50% higher bookings. We are cautiously optimistic that it can be higher, which is also due to this low interest rate environment.

“Bookings do not translate entirely into sales but based on our experience, it will be about 60% to 70%.

“Assuming only a 50% take-up rate, that is already around RM400mil. We are targeting RM1.1bil in sales for our FY21 and we are confident we can surpass that, ” he told StarBiz. Matrix Concepts has more than 800 employees, 200 of which are in its property segment.

Knowing that there would be no inflow as long as the MCO was in place, Lee said all their employees were encouraged to promote Matrix Concepts and its projects to their family and friends through conversations and social media.

“The idea was, if each of them were to close a sale, we will have about 200 bookings already. But of course, some of them in the marketing department are more aggressive, ” he quipped.

The developer is also scaling up its construction operations by 15% monthly to make up for the progress it has lost during the 48 days of the MCO when everything was halted.

Lee said it hopes to catch up within six months.

Inspired by one of the ideas of the late Taiwanese entrepreneur Wang Yung-ching’s “ice cream strategy”, Lee drew similarities to what Matrix Concepts has faced since its establishment in 1996.

“This is now the third major crisis that the company is facing after the Asian Financial Crisis (AFC) in 1997 and the global financial crisis in 2007 and 2008. I’m happy that our staff have very strong fighting spirit, ” said Lee.

Lee founded Matrix Concepts in 1996, before the AFC landed in 1997. The group launched its first project in Bahau in August that same year, just a month after the crash of the Thai baht which triggered the crisis in the region.

The company sold all 595 units of the project within a year.

Asked if Matrix Concepts would take cost-cutting measures as they see through the crisis, Lee said the group has always been prudent with its costs.

“Retrenchments, lay-offs and pay cuts are not the options for us as long as the company is doing well.

“Let’s say everything catches up by the end of the year, we may even pay a better bonus to our staff.

“My philosophy is very simple. When the company makes money, everybody will prosper together, ” he said.

On the group’s dividend payout, Lee said Matrix Concepts will continue to distribute at least 40% of its net profit annually to shareholders as long as its cash flow permits.

“With the stock that I have and our land acquisitions, I don’t foresee much problem in terms of cash flow, ” Lee said.

During the group’s results briefing on Friday, Matrix Concepts chairman Datuk Mohamad Haslah Mohamad Amin said it has RM1bil of unbilled property sales which will last for the next 15 months.

“We have not reached a level where we think the economy is stable but Matrix Concepts is very well prepared for this. Our resilience will be very much higher, ” he said. 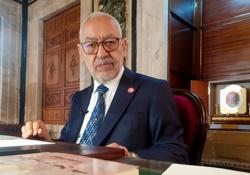