Melbourne-based IOOF said it would make no payments to the plaintiffs, their lawyers, financial backers or any other members of the class action.

SYDNEY: Australia's IOOF Holdings Ltd on Monday said a class-action lawsuit brought by shareholders last year alleging the wealth manager breached disclosure obligations will be discontinued with no payments to the plaintiffs.

The lawsuit was among many filed against financial firms after a public inquiry in 2018 - dubbed the Royal Commission - uncovered widespread misconduct in the industry, including charging customers for service not rendered and the deception of regulators.

The agreement brings additional relief to IOOF, which was among the worst affected by the inquiry.

In September, a court ruled the Australian Prudential Regulation Authority (APRA) had not proved its case alleging IOOF had used fund reserves to make up for investment losses, in breach of pension law.

By that time, IOOF had lost half its market value and suffered the departure of its top executives.

The APRA proceeding "resulted in an unexpected outcome," said Damian Scattini, a partner at law firm Quinn Emanuel, which filed the suit in April 2019 in the New South Wales Supreme Court, Sydney.

"Given the APRA decision, our client determined that it was no longer in the interests of group members to continue," Scattini said.

Melbourne-based IOOF said it would make no payments to the plaintiffs, their lawyers, financial backers or any other members of the class action. 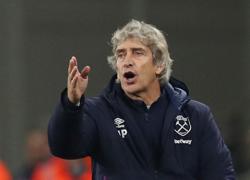