BlackRock Inc., Vanguard Group Inc. and other global firms have to make a strategic decision: Go it alone or work with an entrenched local partner.

While the further liberalization of the investment banking and money management industries in China has been overshadowed by the coronavirus crisis, wealth firms are nonetheless laying out plans to tap a market poised to reach $30 trillion in assets by 2023, according to consultant Oliver Wyman.

"With so many license options and changing policies, one of the biggest questions all foreign players face is where to allocate their resources, ” said Jasper Yip, a principal in the financial services practice at Oliver Wyman in Hong Kong. "Asset management could be one of the most competitive sectors because of the opportunities.”

Here are the different paths asset managers can pursue in China and how some of them plan to proceed:

The China Banking and Insurance Regulatory Commission has been encouraging foreign asset managers to work with the wealth management subsidiaries of Chinese banks or insurers. Global players are expected to bring to the table product design expertise, while the Chinese firms provide a vast distribution network and relationship managers.

BlackRock is in talks with China Construction Bank Corp. to set up a joint venture for a wealth management subsidiary, according to people familiar with the matter. Goldman Sachs Group Inc. has discussed a similar structure, people familiar have said.

"Chinese banks have great distribution channels and client relationships, but many of them lack expertise to create long-term investment products with sufficient risk controls, so they would benefit from working with foreign players, ” said Harry Qin, a partner at PricewaterhouseCoopers LLP in Beijing.

This is the go-it-alone option. China is planning to allow applications for foreign-owned fund management licenses that would grant control of mutual funds.

At least six firms, including BlackRock and Vanguard, have told regulators they intend to apply to the Chinese securities watchdog, people familiar with the matter have said.

China regulators are trying to shift consumers away from shadow banking products underpinned by loans sitting outside banks’ balance sheets. That’s creating an opportunity for mutual funds that are expected to increase assets by more than 10% annually, according to Oliver Wyman, a unit of New York-based Marsh & McLennan Cos.

"Wholly-owned fund management licenses will be one of the most sought after options for foreign companies, ” said Rachel Wang, director of manager research for China at Morningstar Inc. "It allows them to offer more products and have a wide outreach to different types or sizes of customers.”

The potential is significant. Even with the market opening, foreign players are expected to only account for 6% of revenue generated in the asset management space by 2023, according to Oliver Wyman. Still, that small piece of the market could be worth $8 billion.

"Chinese regulators are very eager to attract foreign players in the financial sector, ” said James Chang, China consulting leader at PricewaterhouseCoopers. "The government thinks the market is big enough for the local players to handle the competition.”

"Many of the joint venture asset management firms that foreign players set up with their Chinese counterparts have not been performing as expected, partly due to limited product offerings and less than ideal collaboration with the Chinese brokerages, ” said Qin from PwC.

The solution for some is to buy out their partners. JPMorgan is seeking 100% ownership of its fund management joint venture, people familiar have said. The New York-based bank is in talks with Shanghai International Trust Co. to acquire its stake in China International Fund Management, which oversees 150 billion yuan ($21 billion).

A go-slow approach. Foreign companies were first allowed to apply for private fund licenses in 2016. Some 25 firms, ranging from banks to hedge funds and insurance companies, have won these licenses, according to Natasha Xie, a Shanghai-based partner at the JunHe law firm.

"It would make sense for players who can’t commit significant investment or headcount to apply for the private fund management license, ” said Xie. - Bloomberg 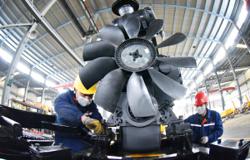 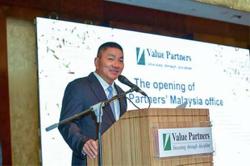