Axiata-Telenor merger proposal may be called off

PETALING JAYA: All indications point to the mega-merger of the Asian telecoms assets of Axiata Group Bhd

and Norway’s Telenor ASA being called off, barring a last-minute concession made by parties involved in the negotiations.

“Both parties are trying their level best, as the merger would take them beyond their existing boundaries to create an Asian powerhouse. But the sheer complexity and the very long list of outstanding items surrounding commercial, national and staff interest make it terribly challenging.

“Some items on the list can be modified, some others are not agreeable to both parties, and the deal-breaker items are still hanging. So, with so many items still outstanding, they may just not want to drag on any longer and merger talks may have been halted. They may just call it off, ’’ said an industry executive with knowledge of the deal.

However, the scenario surrounding the merger has reversed after only a few short days when the word was that the deal “seemed right on track.’’

“Nonetheless, it has been a real roller-coaster ride to get this far, ’’ he said.

Another source close to the deal added that Telenor’s concerns surround commercial issues, while Axiata’s include national and staff interest. Further, the country-by-country issues make it difficult to proceed.

A due diligence has been ongoing and both parties have gone through stacks of documents to make this happen. The deal would have been the biggest over the past two decades in Asia, minus North Asia, should it go through.

“Unlike other deals, for Axiata, the commercial and national interest aspects need to be protected, which include staff interest and the vendor programme, ” the source said.

From the onset, Axiata and Telenor did have a broad checklist of what needed to happen for the deal to materialise.

In May, both Axiata and Telenor surprised the market with a proposed plan to merge their telecoms assets in Asia to create a pan-Asian giant. For that, they would create a holding company (mergedco) in which Telenor would hold the majority stake of 56.5% while Axiata would hold 43.5%.

They had said that the mergedco would have dual listings, a proforma revenue exceeding RM50bil, and an earnings before interest, taxes, depreciation and amortisation of over RM20bil. It would also merge their local units, Axiata Celcom Bhd and Digi.com Bhd

, to create the biggest local mobile company which would have a local chairman and CEO.

But a month ago, Indonesian authorities said they needed to conduct a review as to whether Telenor would be allowed into South-East Asia’s most populous nation. While Indonesia is the biggest palm oil producer in the world, the EU Parliament has passed laws to restrict and ban palm oil usage in biofuel by 2030.

“It is no secret that Telenor wants a foothold in Indonesia. The merger allows for that to happen, but Indonesia is sending out mixed signals and that does not bode well for the proposed merger, ’’ the source said.

Based on that, it is possible that PT Axiata may be taken out of the mega-deal, and that would mean that both parties would have to renegotiate, as there would be material changes to the valuations.

It would also mean Axiata’s stake in mergedco, should Indonesia not be part of the mix, may be reduced to within the 30% range, down from 43.5%. Even if there were higher valuations for its tower business, it would not have compensated for the reduced shareholding after taking out PT Axiata, and that would have put Axiata in a less advantageous position as a partner in the deal.

“Would it then make sense for Axiata to continue when its absolute stake in the mergedco would be reduced by so much? It is just not attractive and it is these factors that would break the deal, ’’ said the executive.

The mergedco was expected to be valued at about RM100bil and the incremental value to Axiata shareholders was about RM9bil.

“All this has been factored into the share price of Axiata, which has gone up from RM3.70 a share to over RM5 now, ’’ he added. 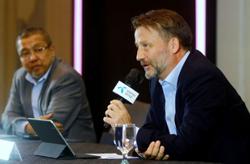 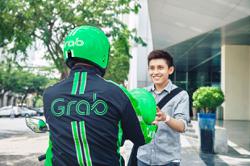