IF investors ever needed a reminder that not all is right with the equities market, the shock waves the world capital markets, including Bursa Malaysia, had to endure earlier this week are proof enough.Most stock markets are at the tailend of a 10-year bull run, although the same cannot be said for Bursa Malaysia which has generally has been more bearish than others in the last five years. Going by the current trends, Bursa Malaysia is likely to finish the year lower, which if it happens will be the fourth time in the last five years.

But the leading platform in the world which sets the pace for global flow of capital – the Wall Street – has been hitting new highs although it corrects from time to time largely due to the tweets from President Donald Trump.

Wall Street’s run started in May 2009 and seems to have the strength to carry on for a few more legs, defying conventional logic that economic boom-bust cycles corrects after 10 years. Other stock markets have had good and bad times since 2009 but the US has been consistently on the rise.

The benchmark Dow Jones Industrial Average, the Nasdaq and S&P 500, which charts the broader market, have all hit news highs. Bursa Malaysia on the other hand has languished between the 1, 600 and 1, 700 levels, with only one year of positive returns since 2014.

There are several reasons for Bursa Malaysia’s poor performance compared with other markets. For instance, the United States slashed tax rates, which spurred earnings of companies and has the best technology companies listed there. It’s not the same elsewhere in the world.

Nevertheless, after 10 years of continued rise in asset prices due to the combination of a low interest rate environment and advancement in technology, the markets are poised for correction. Until earlier this week, nobody had an inkling of an idea where and how the correction will take place.

However, after President’s Trump latest statement that the US would impose 10% tariff on an additional US$300bil worth of exports from China, it clearly underlines that the trade war is here to stay.

If anybody had a view that the trade war would end if President Trump does not retain his position in the US elections next year, they are wrong. Even some Democrats are leaning towards imposing tariff as measure to help the US keep its competitive edge in the world economy.

Reverse globalisation is no longer a bad word in world trade.

A 25% tariff has already been imposed on US$250bil worth of China’s exports to the United States since March this year.

It is bringing in billions to the US coffers with some going towards helping the farmers overcome the woes of the trade war. The person who takes over from Trump is not likely to dismantle the structure.

Any other president will want to get more from China, which is led by the influential President Xi Jinping, who is seen as the most powerful man that rules the second biggest economy in the world after the late chairman Mao Zedong.

China has retaliated by imposing tariffs on US$110bil worth of imports from the US so far including the produce from farms. It has also allowed the yuan to weaken, sparking concerns that the trade war is evolving into a currency war.Latest data from China shows that the exports are still growing and imports dropping in July even though there is a trade war, suggesting that President Xi will not yield to pressure from the US easily.

A new cold war in the form of the trade war has emerged. As a result, it has caused upheavals in the capital markets that should worry investors.

There have been significant shifts in asset prices from bonds to equities and commodities such as oil. Among all asset classes, dramatic movement in bond prices of government debt papers is the first to feel the impact from the trade war.

This is on the back of increasing certainty that the Federal Reserve and other major central banks will reduce interest rates more aggressively to stimulate the sagging economy. It has caused for money to seek safe haven such as US government debt papers.

The yields on the five- and two-year government debt papers have also moved by up 18 points in the last one week. Such movements on billions of dollars will have an impact in the months to come.

The trade war has caused a major disruption in the global supply chain, evidence of the economy slowing globally.

If anybody wants any evidence of the disruption in global supply chain, they only need to go to the KLIA cargo complex and see for themselves the number of idle lorries that do not have enough cargo to move about.

In Malaysia’s case, apart from a slowdown in movement of goods around the world, the uncertainties in Hong Kong have exacerbated the situation.

The combined effects of the trade war, China’s economic uncertainties and Hong Kong’s future as Asia’s financial hub will only be felt in the fourth quarter of this year.

Until then, asset prices will continue to adjust to the new norm. 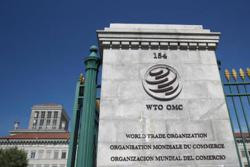 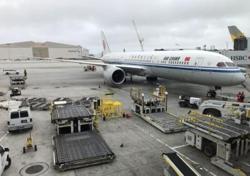