Two-in-one event: The opening ceremony of the Mapex and Home Ownership Campaign 2019 at Udini Square in Penang recently. The expo is seen as a great way to attract property buyers.

Pros and cons of the new national housing policy

WITHIN a span of just four days, a number of initiatives relating to the country’s home ownership and overhang dilemma were announced by the government, signifying that the situation is in need of a quick resolve.

To put things into perspective, data from the National Property Information Centre revealed that the number of unsold houses in the country reached a record high of 30,115 units in the third quarter of 2018, valued at RM19.54bil, which was a 48.35% increase from 20,304 units in the previous corresponding period.

On Jan 28, the Housing and Local Government Ministry launched the National Housing Policy 2.0, which outlined five focuses, 16 strategies and 57 action plans, of which 15 would be carried out in the first two years.

Industry observers generally acknowledge that the effort is good but needs more directions.

Axis REIT Managers Bhd investments head and former Malaysian Institute of Estate Agents president Siva Shanker says: “To me, there wasn’t much in there.”

PPC International managing director Datuk Siders Sittampalam believes the new housing policy is ambitious but short on details on how the government planned to achieve its target of building one million affordable homes in 10 years.

“The question is how or where will it be? Will it be developed on federal or state government land? Is the government going to assist in purchasing the land? Or will the government impose that responsibility on developers?”

Siders cautions that if the obligation to build is imposed on the developers, there needs to be some form of cross-subsidy for them.

This, he says, would not be very viable given the sluggish property market currently.

Another problem with this is that if developers are obligated to allocate a portion of their developments for affordable housing, then they may have to hike up the prices of their other products to accommodate the squeeze in margins, adds Siders.

During the event, the government pledged to build 100,000 affordable homes by the end of this year, in line with the Pakatan Harapan government’s manifesto to provide budget housing totalling one million over a decade.

Siva says while the agenda to build affordable homes is commendable, what’s also important is to develop the units where it can be easily accessible for the potential homeowners.

“You can’t build an affordable home and chuck it in the middle of the desert. It needs to be reachable. The individual who’s buying the property probably travels on a motorbike or a small car. He’s not like your average middle-class family who has an additional car for the wife’s or children’s personal use.

“For the low-income family group, they will have just one vehicle at their disposal. If the property is far away from any amenities, it would mean having to travel long distances to send the children to school or the wife to work. The monthly toll and travel bills alone will kill him!”

However, Siva adds that the situation is a double-edged sword as it would be difficult to build affordable homes within a medium-to-high end property development.

“The purpose of a developer or business entity is to make profit. Their job is not to help the poor. Yes, helping the poor is a good thing, but if that becomes a primary focus, they will start losing money.

“This is why the state needs to step in and help to reduce the land or construction cost. They could alienate a piece of land that’s designated for affordable housing for developers.”

AmInvestment Bank Research says the unveiling of the National Housing Policy is good news for potential homebuyers with the level of affordability kept between RM90,000 and RM300,000.

“We believe this will not have a direct impact on developers under our coverage as they do not build houses at this price range. However, properties in the range of RM500,000 to RM600,000 may face some competition.”

On Jan 29, Bank Negara launched its Affordable Homes and Rumahku portal fund to kick-start home-ownership in the country. The low 3.5% financing rate per annum means housebuyers are expected to enjoy more than 20% less in monthly commitments, compared with the current financing schemes offered in the market.

Siva applauded the central bank’s initiative, saying it was a good move in the right direction.

“It will benefit the B40 (low-income) group. They are the people on the lower end of the strata that require the most help and are usually struggling with their loans.

“These are the people who try as much as possible to save up for a home. But by the time they are able to do so or have “levelled up” in their lives, the property they want has become more expensive. So, practically their entire lives, they just keep chasing the dream of owning a house.”

On the flip side, Siva warns that it is also unwise to give credit to an individual who is “not credit-worthy”.

“It’s good to provide them with the funds to buy a home. However, what if they can’t service the loan? Then you won’t get your money back.

Siva suggests in the case of providing financial assistance to the B40, a thorough, vetting process needs to be done to ensure that the loan can be repaid.

“Everything needs to be tempered like steel. It’s easier said than done, but strict guidelines are a must.”

The fund has an allocation of RM1bil and is aimed at helping home buyers from the lower income group nationwide to finance the purchase of their first homes.

The fund is eligible to Malaysian citizens with a maximum monthly household income of RM2,300 and do not have any record of impaired financing within the past 12 months.

The fund has a maximum tenure of up to 40 years or up to 70 years of the applicants’ age, whichever is shorter.

The participating financial institutions for the fund are AmBank, BSN, CIMB, Maybank and RHB Bank.

At the launch of the fund, Real Estate & Housing Developers’ Association (Rehda) president Datuk Soam Heng Choon said whether the individuals qualify will depend on their ability to repay, adding that this was the reason that AKPK had been roped in to ensure financial literacy.

On Jan 31, the government announced that it would be co-organising the Malaysia Property Expo (Mapex) from March 1-3 with Rehda.

The three-day event, which will be held at the KL Convention Centre, is expected to see 180 developers showcasing over 20,000 units of overhang properties worth RM22.5bil.

Siva says the expo is a great way to attract buyers, adding that more events like this should be organised to help boost the current property market.

“Unfortunately, they’re a bit expensive to put together. However, costs aside, it’s a great idea and there should be more of these expos.”

Siva says Mapex will enable the housing sector to become a virtual supermarket.

“With so many developers under one roof trying to sell properties, the customer will be spoilt for choice. The atmosphere will also make it easy for the buyer to choose what he or she wants and make a final decision.”

Mapex is part of the ongoing six-months Home Ownership Campaign (HOC) 2019, which was announced during the tabling of Budget 2019 in November last year.

At the Mapex media conference last month, Finance Minister Lim Guan Eng said HOC, which runs from January to June, is aimed at easing the country’s home-ownership and overhang predicament “as much as possible.”

As such, the government and housing developers are throwing in all sorts of incentives during the six-month campaign to entice buyers.

For example, residential units priced between RM300,000 and RM1mil would be exempted from any stamp duties. For houses sold above RM1mil to RM2.5mil, stamp duty exemption applies for the first RM1mil, and the rest will be charged at 3%.

Lim also said the stamp duty on loan agreements for properties up to RM2.5mil would be exempted, compared with the previous rate of 0.5%. He added that properties purchased during the campaign would also be offered a minimum 10% discount.

Additionally, developers are now allowed to provide freebies to attract buyers - something they were forbidden to do previously.

AmInvestment Bank Research is optimistic that the HOC will help to alleviate the overhang situation in the country.

“We are positive on the HOC as it will help developers clear unsold stock while at the same time, generate cash flow from these inventories (despite lower margins), thus providing them huge savings on financing costs and alleviate the overhang situation.”

National Housing Department director-general N Jayaseelan said a total of 3,384 houses below RM150,000 would be offered during the campaign, adding that the units are located throughout the country.

He said the campaign would also offer the option of staggered downpayments to potential buyers if they have problems securing funding.

Siva says that at the end of the day, the primary objective is to help the individual to own a home; not overcome the overhang.

“If you’re creating measures to reduce the overhang, then that’s wrong. The overhang is the developer’s problem, not the state’s problem,” he says. 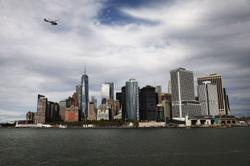 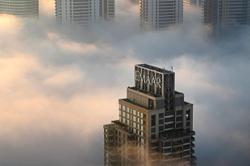