Work in progress: Residential buildings under construction at Forest City in Johor. There seems to be something of a correlation between the construction of artificial islands bejewelled with fancy real estate and an economy that’s about to go off the rails. — Reuters

WHERE is it that we’ve seen glittering archipelagos like Malaysia’s Forest City and Melaka Gateway developments before? Those stretches of newly packed white sand, dotted with palm trees, villas, marinas, high-end retail malls and office towers?

Is it Dubai’s World and Palm Jebel Ali developments? Both sit all but deserted a decade after the 2008 financial crisis crashed their dreams of creating exclusive, private-island enclaves for the likes of Michael Schumacher and David and Victoria Beckham.

Or the Bridge of the Horns project, which improbably promised to create megacities on opposite sides of the war-torn, pirate-infested Bab el-Mandeb straits?

Its construction spanned the peak and collapse of Japan’s 1980s boom, and the project is still saddled with 848 billion yen (US$7.6bil) of net debt more than three decades after work began.

In a similar vein, Jiang Zemin opened Hong Kong’s international airport on reclaimed land in July 1998. At that point, the territory’s economy was contracting by 8.3%, and the government had suspended land sales to prop up real-estate prices and avert a banking crisis.

In case the point isn’t obvious enough: There seems to be something of a correlation between the construction of artificial islands bejewelled with fancy real estate and an economy that’s about to go off the rails.

That should be worrying to Country Garden Holdings Co, Forest City’s developer; Power Construction Corp of China and KAJ Development Sdn Bhd, which are working on Melaka Gateway; and the group that wants to build an artificial island housing 1.1 million people on the far side of Hong Kong’s Lantau Island from the airport.

There’s a parallel to this. The Skyscraper Index, developed by property analyst Andrew Lawrence in 1999, posits a link between record-breaking tall towers and economies that are about to crash.

That pattern played out in Manhattan, where the Met Life Tower and Singer Building began construction on the eve of the Panic of 1907. Two decades later, the Chrysler Building and Empire State Building were both at different stages of construction in October 1929, the month of the Wall Street Crash.

Construction of the World Trade Centre and Willis Tower similarly spanned the 1973 oil shock, while that of Kuala Lumpur’s Petronas Towers coincided with the 1998 Asian financial crisis.

Dubai’s Burj Khalifa, New York’s One World Trade Centre and 432 Park Avenue and London’s Shard were all in development when the 2008 global crisis hit.

The reasons for the two patterns aren’t so different. Building record-breaking towers and paving over the ocean is the sort of thing you do only when land prices have gotten so out of hand that developing real estate the traditional way no longer feels viable. And those land-price rises, in turn, tend to be a result of credit running so freely that a crunch is only just around the corner.

To be sure, not every piece of reclaimed land heralds a financial disaster.

Many of the world’s biggest cities are built largely on former swamps and shorelines, including Tokyo, Hong Kong, Singapore, Chicago, Mumbai, Boston, Jakarta, Manila and Mexico City, not to mention all of Venice, about a quarter of the Netherlands and Macau’s glitzy Cotai Strip.

Still, the mixed history of previous developments should remind investors and potential residents to look beyond the glamour of the scale models and CGI flythroughs and think a little harder about whether the developments are all they’re cracked up to be.

Even if Malaysia’s government relents and lets foreigners buy property in Forest City, new residents will still be stuck on a slice of stabilised silt sandwiched between a pair of mega-ports, distant from the amenities of Singapore and Johor Bahru.

Likewise, it's not obvious that some new port facilities will be enough to shift Malacca from its current status as a pleasant backwater. Port Klang, Johor Baru and Singapore are already draining the life from rival terminals in Penang and Kuantan.

Another dock in Malacca is unlikely to attain critical mass – especially as a high-speed rail project to link the city to Kuala Lumpur and Singapore has already been cancelled.

That’s not a new lesson. Indeed, in one form another, it goes all the way back to the Bible: The wise man founds his house upon rock. Only the foolish build on sand. — Bloomberg. 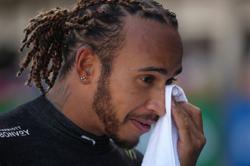