What is Broadnet’s game plan?

THE idea of a second broadband network is not new – it has been bandied around for nearly two decades.

was supposed to build it years ago, but failed, and had to be rescued. Now, it remains a niche player for fixed broadband, serving pockets of the population. In the past, many players were given licences to bring to market services but some just vanished and some merged-swallowed into or by bigger players.

(TM) is the dominant fixed broadband player in the country with over 2.35 million of the 2.5 million broadband subscribers as at end-August 2017. The market has 34.1 million mobile broadband customers, and most of the mobile players ride on TM’s high-speed broadband (HSBB) network to offer broadband services.

TM’s over RM11bil HSBB network was built on a private-public partnership (PPP) arrangement with the Government.

If TM has the largest fixed-broadband network, and many other players are offering wireless options, is there a business case to appoint Broadnet Networks Sdn Bhd to built yet another network, possibly duplicating infrastructure, or has TM not been able to meet the Government’s aspiration?

These are some of the questions bandied around after Broadnet was thrust into the limelight early last month to drive the Government’s aspiration of “fast-speed fixed broadband Internet services at twice the speed and half the price.’’

“For the consumer, it bodes well in terms of choices and hopefully, the price and speed element is met,’’ said an industry player.

The Government wants a network infrastructure, alongside TM’s existing broadband infrastructure and the wireless infrastructure of the mobile network operators, so that Malaysia can be fully-digitally connected. Broadnet is to offer fixed broadband and also wireless options.

Can Broadnet deliver what the Government wants?

For a start, it has both licences – network facilities provider and network service provider – valid till 2021 to start work.

It has a board comprising some powerful corporate chiefs and both existing and ex-government officials. Previously known as Nasmudi Sdn Bhd, it is now controlled by Datuk Mohd Ali Abd Samad, the former Negri Sembilan state secretary, and former chairman of ECM Libra

Its chairman is the Chief Secretary to the Government, Tan Sri Dr Ali Hamsa, and the Government – via the Finance Ministry – will hold a “golden share’’ and it will be a PPP arrangement.

The nod given to Broadnet is part of the Nationwide Fiberisation Plan (NFP) announced March last year to connect some six million premises in the country to a fibre network. The Government announced in 2016 a target to double the Internet speed and halve the cost by end-2018.

The plan is for Broadnet to have a network infrastructure alongside TM’s existing HSBB, and with the wireless infrastructure of the mobile network operators, this will lead to a fully-digitally-connected Malaysia.

As news about Broadnet came out, Tenaga Nasional Bhd

(TNB) showed interest in wanting to be part of the NFP. Its asset is the over 12,000 km fibre optic running along its power distribution lines that can be quickly used to roll out a sizeable fixed-broadband network as it covers a large part of the trunk in the country.

The setback is, of course, the fibre is largely concentrated along the 500KV grid, 235KV, 132KV and 33KV lines, the least is at the 11KV lines, which is the link from its substation and homes, also known as the last-mile connection.

The last-mile connection built price tag is about RM10bil to RM12bil. The question is who will foot the bill – TNB or Broadnet? If TNB, then what is the return on its investment (ROI)?

“We don’t see the ROI for such huge investment,’’ said an industry player.

That brings to the question of funding – is the funding intact for Broadnet to take on such a huge venture?

“Since it is a PPP, there could be part funding from the Government just like in the case of TM’s HSBB. We also believe they will get a soft loan from a Chinese party, and the traditional equipment vendor financing,’’ said an industry source.

He said sourcing the financing from the Universal Service Provision (USP) Fund could be possible – although the RM9bil fund is largely committed for rural area connectivity but about RM500mil is available.

“They need at least RM10bil-RM15bil for a sizeable network and that is based on partly riding on an existing infrastructure,’’ he added.

According to a media report, Broadnet would get about RM1.5bil incentives from the Government to help fund the last-mile fiberisation.

In all this, TM will surely feel the heat as a new competitor takes shape.

“It is not that it cannot offer the speed and capacity – it has been – but what could help is network optimisation to sweat its assets to fight the competition,” said the source.

A key part of the puzzle is the 600 exchanges TM has – can that be optimised to avoid duplication in infrastructure yet help serve the Government’s ambition and accommodate a second player?

The new build-up is necessary for the country that is pushing for a digital economy. The digital euphoria is across the globe and that explains why so many corporations – big and small – are reinventing themselves to ride on the digital wave.

“The frustration is really over the speed at which Malaysia is being connected and that is why the business case for a second network arises,’’ said another source.

Experts also predict that fixed broadband average revenue per user (Arpu) will drop to about RM50 and that will put pressure on earnings. As it is, TM’s blended Unifi Arpu was at RM199 per user as at end-August last year, while blended broadband Arpu was at RM99.

For TM, a RM10 drop in Arpu can impact its bottom line by RM300mil, according to the expert, but this could not be verified with TM.

How this new venture pans out is not known but both TNB and TM are government-linked companies and government officials sit on Broadnet board and the government will hold the golden share for this new company. Whether there will be some form of cooperation between the parties to drive the Government’s ambition of a connected Malaysia remains to be seen.

Broadnet in its zest to help connect Malaysia must avoid using obsolete technology and be fully aware that about 20%-30% of the country cannot be served by fixed broadband because it will not be economically viable.

How will it juggle that with the Government’s ambition, and still make money since the Government is bent on closing the gap in connecting rural and urban areas?

The Week That Was 3h ago

The Week That Was: Bridging the digital divide 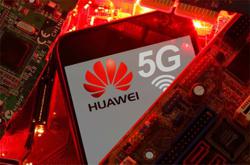 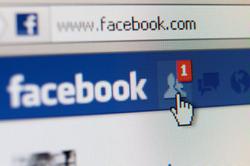