WE saw spectacular divergence between risk assets and the global economy.

Depressing bond yields, rising financial volatility were counter-reacting to rising deflationary risk, free-falling commodity prices and retreating equity markets. Rich equity valuation, crowded forex positioning and illiquid markets were the latest additionals to the worrying list alternating between poor economic numbers, Fed fears, geopolitical news, eurozone jitters and simply self-fulfilling fear. The difficult thing to do, of course, is to identify when it will be the right time to jump out – and in again – and, which trading to become more tactical at lofty valuation levels.

The Fed has put down a near-term fork in the road for the recently high-flying greenback but downside risks for the dollar have so far proven relatively mild given the appearance of weakening fundamentals in Europe. A bout of risk aversion drove the VIX index to about a three-year high of 26.25 while pushing stock markets and US Treasuries (UST) yields sharply lower.

At the same time, a trifecta of weak readings on the economy added credence to forecasts for the Fed to stay on the low rate course for longer. Retail sales fell by a larger-than-expected 0.3% in September and the Empire State survey showed the slowest growth since April as the index sank to 6.2 in October from 27.5 in September.

The euro steadied against the greenback and seems to have settled for now into a confined range on prospects of delayed US rate rise. Still, downside risk remains for the euro given the uptick in recession fears in the eurozone following Germany’s steady parade of downbeat indicators. Fear of deflation started with downside surprises to CPI in the United Kingdom and Sweden, and oil prices are still being pulled down.

The yen broke critical support of 107.1 heading to test below 106.0 after a rout in equities and the breaching of the important 135.55-70 level in the euro/yen.

The ringgit (MYR) fell 0.26% against the US dollar from low of 2.2615 on Monday. The one-month NDF headed north towards 3.280 as the one-month volatility rebounded from a week low of 7.057% to high of 7.467% during the week, continued selling in equity market partly on sharp slide of the Japanese stocks and risk aversion play in favour of the Singapore dollar.

Local retails and foreign institutions were net sellers but it was cushioned by net buying by local funds. The US semi-annual treasury report on forex, which says China has indicated some renewed willingness to allow a stronger domestic currency by reducing intervention, has helped to provide some buffers to the MYR. On the macro front, Minister in the Prime Minister’s Department Datuk Seri Abdul Wahid Omar says Malaysia has enough measures to stop inflation from getting out of hand.

There was a strong risk-off move in the UST market with expectations of weakening global inflation, the sentiments weighing on the US and rising fears of an Ebola outbreak in Europe. At the time of writing, the 2-, 5- and 10-year yields dropped 8-16 basis points week-on-week (bps w/w) at 0.34%, 1.37% and 2.15%, respectively.

A bullish week for the local govvies in line with regional bond markets following the lead from UST. Benchmark Malaysian Government securities (MGS) rallied 2-5 bps across the curve in heavy trading. Buying interest was mainly seen on the belly to long end of the curve along with the 10-year Islamic Government Investment Issues (GII) with locals focused mainly on GII while foreign investors bought in the long-end MGS.

Secondary activity in the private debt securities market picked up this week in line with the rally in the local government bonds. Total trading volume for the week was at RM2.5bil, averaging at RM624mil daily compared with last week’s RM407mil. Fifty-five per cent of the trading volume was contributed by the GG/AAA segment and 45% by the AA segment.

Strong interest was seen for GG bonds this week, especially for long tenured bonds. Of note, BPMB bonds maturing 2021-2034 eased 1-2 bps with a collective trading volume of RM150mil and DanaInfra bonds maturing 2021-2029 traded 1-3 bps lower with a total trading volume of RM340mil. Among the AAA names, PLUS bonds with maturities between 2020-2029 mainly traded unchanged to settle at 4.15%-4.83%, garnered a total of RM260mil worth of trades. 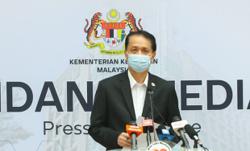