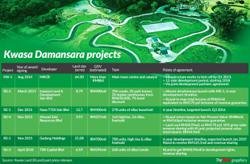 PETALING JAYA: Malaysian Resources Corp Bhd (MRCB) and Kwasa Land Sdn Bhd, the master developer of the Rubber Research Institute (RRI) land in Sungai Buloh, firmed up a joint venture to develop 26ha that would be the town centre for the massive development.

MRCB and Kwasa Land, which is wholly owned by the Employees Provident Fund (EPF), established a joint-venture company, Kwasa Development Sdn Bhd (KDSB), which would undertake the project that is estimated to have RM8bil in gross development value.

MRCB is acquiring a 70% stake in KDSB for RM816.6mil that comes with a profit warranty of R2bil over 15 years. It also has to ensure that the gross development value does not go below RM8bil.

In an announcement to Bursa Malaysia, MRCB said the appointed valuers had appraised the value of the 26ha to be RM1.09bil and that the company’s portion should accordingly be RM763mil.

But it justified the premium because of the prospects and that it had to go through a competitive bidding process.

Based on the price that MRCB has valued the RRI land, it works out to RM390 per sq ft.

One of the conditions for the development is that Kwasa Land and/or the EPF shall be given a first right of refusal to purchase any commercial development or property valued more than RM100mil within the town centre project.

However, this provision shall not be applicable if the sale is made to any of the real estate investment trusts where MRCB holds an interest.

In a statement yesterday, Kwasa Land stated that the agreement defines the scope, terms and conditions between it and MRCB.

The MRCB proposal had also received the highest combined technical and commercial score in the independently evaluated bid.

“The agreement spells out the purpose of regulating the relationship with each other and to set out the respective rights, duties and obligations and mutual covenants relating to the relationship inter se as shareholders of a company, and to record our mutual understanding and commitment in respect of the relationship and obligations of the parties so as to ensure that the company shall undertake the business in accordance with and upon the terms and conditions agreed,” Kwasa Land chairman Tan Sri Samsudin Osman said in a statement.

“We are indeed pleased to come together as joint development partners for Project MX-1, a main town centre and catalyst to the entire 2,330-acre (943ha) in the proposed Kwasa Damansara, one which will create a thriving nucleus for a working and living population of 135,000 people.”

Kwasa Land added that it had obtained an in-principle approval for the master layout plan from the Shah Alam City Council. The full approval is expected by the end of the year with infrastructure works to kick off by the first quarter of 2015.

The town centre of the proposed Kwasa Damansara Township will have residential and commercial buildings and it will built around two proposed mass rapid transit stations. 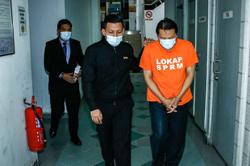