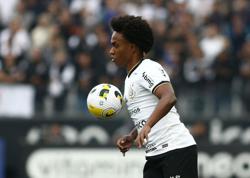 A Bill aiming to provide a better environment for mothers and their children has garnered mixed reviews after the House of Representatives officially took it up – praised for extending parental leave but opposed by employers, while also perpetuating rigid gender roles.

Lawmakers will start deliberations on the mother and child welfare Bill in the next legislative sitting period beginning in August, after it was listed as a House initiative in a plenary session last week.

The Bill has captured wide attention for a number of different reasons, most prominently for a suggestion to extend maternity leave from three months to six and paternal leave for up to 40 days. But some critics choose to focus on Article 10 of the draft Bill that codifies a mother’s duty, saying it could set back the role of women by legally confining them to childcare.

Article 10 stipulates that every mother is obliged to “nurse the child for a minimum of six months” and “raise the child with religious values and character building”, among other things, and that these duties are assigned to the father or the family under limited or emergency circumstances.

Nursyahbani Katjasungkana, chair of the board of directors at the Legal Aid Foundation of the Indonesian Women’s Association for Justice (LBH APIK), criticised the provision for placing the responsibility of child-rearing squarely with the mother, while relegating the father and other family members to supporting or emergency roles.

“Sharing responsibility in the concept of gender equality is absent in this Bill,” Nursyahbani said.

The Commission on Violence Against Women (Komnas Perempuan) also criticised the provision, while cautiously welcoming the plan to extend parental leave.

“It should be the entire family’s duty to raise and nurture a child,” Komnas Perempuan commissioner Alimatul Qibtiya said recently. She added that provisions should be revised so as to avoid the domestication of women’s roles.

Others are more concerned that extended maternity leave could hinder women’s chances in the workplace.

Bivitri Susanti, a constitutional law expert from the Jentera School of Law in Jakarta, said she was concerned that extended leave could prevent women from finding a job, especially if its implementation was not closely monitored.

She said rather than pushing for another Bill to be passed, lawmakers should work on strictly monitoring current regulations on parental leave and nursing facilities in the workplace that have not been fully implemented.

Mothers suffering a miscarriage will get a minimum of six weeks off, or as advised by a doctor, compared with current rules offering three to four days off.

The Bill also grants paternal leave to husbands for a maximum of 40 days after the child’s birth, as well as a week off in the event of a stillbirth.

Nabiyla Risfa Izzati, a labour law expert from Gadjah Mada University (UGM) in Yogyakarta, praised the plans, saying that longer maternity leave would have a positive effect on the mother and child’s health.

She pointed to research conducted in Switzerland by Katharina Staehelin, director of the Basel Cancer Registry, that has found a positive association between the length of maternity leave and lower child mortality, a mother’s mental health and the duration of breastfeeding.

Two women die every hour in Indonesia due to complications during pregnancy, childbirth and after delivery, according to a 2021 report from the United Nations Population Fund, which cited data from the Intercensal Population Survey 2015.

On the other side of the fence, however, employers are concerned about the ability to cover the costs and the impact the new provisions might have on recruitment policy, especially among small and medium enterprises.

Indonesian Employers Association (Apindo) deputy chairman Shinta Kamdani called for more studies into the effectiveness of the proposed provisions, as well as the impact on women’s careers and the business world.

“I think it is too early to decide. We need to conduct comparative studies with Asean countries that have similar economic and cultural characteristics,” she said on Monday.

Shinta also said such provisions might discourage employers from even recruiting women.

According to the 2018 National Labour Force Survey, only around half of Indonesia’s working-age women were employed, compared with 80% of working-age men.

UGM’s Nabiyla offered a potential solution to employers’ concerns: the cost of maternity leave could be shared between the employer and the government, with the former covering replacement labour costs and the latter bearing the cost of allowances.

Vietnam, for instance, gives working mothers maternity leave for six months, with an allowance that is equivalent to a fully average salary paid for by its social security net.

“This kind of burden-sharing has not been discussed at all in the Bill,” Nabiyla told the Post.

She also said the Bill must cover all kinds of workers, including from the informal sector, so that it does not come off as elitist or is limited only to formal sector workers.

“Our Manpower Law is very narrow, covering only (provisions for) formal workers. That is a mistake that should not be repeated in other regulations,” she said. — The Jakarta Post/ANN