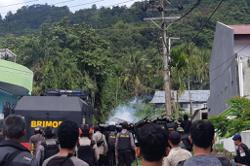 The plan to create new provinces in its impoverished eastern region of Papua has not been adequately discussed with the local population and is unviable, its governor said.

Lawmakers announced in April that parliament would deliberate adding three new provinces in the territory, bringing the total to five.

The announcement sparked protests from Papuans in several cities over what they see as the central government’s encroachment into the resource-rich region.

Governor Lukas Enembe of Papua province said there weren’t enough resources to run new provinces and that Papuans were not adequately consulted about the plan.

“There are so few of our people here to create new provinces,” he said, adding that new administrative blocks could lead to an influx of people from outside Papua.

Papua and West Papua make up the western half of New Guinea island, with a land area comparable to Sweden and a population of 5.4 million.

The territory has seen a decades-long independence struggle since a 1969 referendum saw it incorporated into Indonesia.

Critics say the central government has failed to sufficiently develop the region, which was split into two provinces in 2003 and granted special welfare funding.

Papua and West Papua provinces consistently rank among the lowest in the country on several economic indicators like the human development index.

Representatives of indigenous Papuans have opposed the plan to carve out new provinces, saying it “won’t help Papuans”.

“This is a form of state violence that seeks to eradicate the lives of Papuans,” the representatives’ leader Timotius Murib told Reuters last month.

A spokesperson for the country’s home affairs ministry did not respond to a request for comment.

Chief security minister Mahfud MD has said that 82% of Papuans want the administrative split, but this figure has been questioned by the indigenous representatives. — Reuters 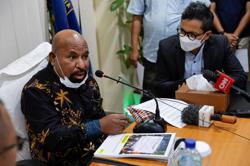