JAKARTA (The Jakarta Post/Asia News Network): The government is preparing new administrative sanctions and fines for digital platforms that refuse to take down content it deems unlawful, stoking fears of increased censorship as the state seeks to reign in Big Tech.

The push to regulate the digital sphere, ostensibly to combat rampant misinformation in the country, comes as cyber protection policies for the individual languish in the legislature.

Data theft has affected a number of state institutions and corporations in recent years. The stolen personal information is often sold clandestinely and victims are left with few options for redress.

Meanwhile, governments around the world have begun to draft laws to bridle Big Tech companies, which have been accused enabling dangerous content.

Indonesia, for one, is strengthening state censorship powers, including the authority to dole out fines. The Communications and Information Ministry and the Finance Ministry are finalising a government regulation (PP) on non-tax state revenue that is expected to solidify state authority to censor online content.

Semuel Pangerapan, the communication ministry’s director general for applications and informatics, said the regulation would include a system for calculating fines for online content violations.

“The point of all these regulations is that it is our way of keeping our digital spaces tenable, so that we can focus on their benefits,” Semuel told The Jakarta Post on Monday.

The Finance Ministry’s director for non-tax state revenue, Wawan Sunarjo, said discussions on the structure of the fines were still in their early stages, although others have indicated that the draft regulation is set to be put into effect by June of this year.

“I can't provide any material information on the regulation at this time,” Wawan said.

In January, the two ministries held public consultations on the draft government regulation, which led to several changes to the calculation of fines.

Under the revised draft regulation, authorities will penalize private electronic system providers (ESPs) that refuse to comply with state requests to take down “prohibited” content on digital platforms, including social media sites, according to terms laid out in Communications and Information Ministerial Regulation No. 5/2020 on private ESPs.

Fines and administrative sanctions will be calculated using several parameters, including a points system and the size of the company. The policy is also expected to employ a so-called violation index, which records the type of content, the number of local users who interact with it and how long the content stays on the platforms following a takedown request.

Fines for companies providing user-generated content, for instance, are expected to range from Rp 12.5 million to Rp 1.5 billion. Platforms for digital transactions, communications and search engines, as well as companies that publish audiovisual, text or interactive content by subscription will also be subject to the new provisions.

The regulation is expected to complement stipulations set out in Government Regulation No. 71/2019 on the implementation of electronic systems and transactions, which includes requirements for private digital companies to take down content that contravenes the law or “disturbs public order”.

Prohibited content flagged by the ministry with the help of authorities or public tip-offs must be taken down within 24 hours.

Content that contains a serious violation of the law, including child pornography, the promotion of terrorism or “inciting disorder”, must be taken down within four hours. Private ESPs that do not comply with the government’s order will be subject to sanctions, including fines and having public access to their site blocked.

Unregistered companies, those that fail to pay fines or those that refuse to provide user data to authorities for legal cases may also have access to their sites blocked.

While authorities say the provisions are aimed at curtailing dangerous content and misinformation, the censorship powers written into the regulation have raised concerns that it could lead to further curbs on the freedom of expression.

South-East Asia Freedom of Expression Network (SAFEnet) executive director Damar Juniarto said the short period that companies would have to verify flagged content before being fined could increase self-censorship.

He also said the network had sent letters calling on the government to revoke Ministerial Regulation No. 5/2020 because it had set out excessively vague terms for online content censorship. The regulation, he said, was reminiscent of other cyberlaws that included catch-all phrases that could be used to silence critics.

“This provision is very disturbing because it can be damaging to the many facets of freedom of expression and opinion,” Damar said. Institute for Policy Research and Advocacy (ELSAM) executive director Wahyudi Djafar also said the regulation failed to provide clear definitions of prohibited content, which could allow for the abuse of content-blocking authority.

“It also lacks an appeal mechanism,” he told the Post on Wednesday.

According to data analyzed by the think tank, Indonesia is among the most frequent national petitioners for Google content removal. Last year, the government filed 305 requests to remove a total of 254,461 content items from the search engine. According to a Google report, most of the complaints focused on hate speech, followed by regulated goods and services.

Wahyudi also criticised the provision that would require platforms to hand over personal data to authorities for law enforcement purposes.

According to a Meta transparency report, Facebook received 63 requests to disclose a total of 136 sets of user data from Indonesia last year, including 14 emergency disclosures considered not to be in accordance with applicable law.

He added that any rules pertaining to personal information should be stipulated in a law, such as in the personal data protection bill.

That bill is languishing in the House of Representatives because of an ongoing disagreement over the establishment of an independent commission for online content oversight. The executive has insisted that the commission answer to the communication ministry. 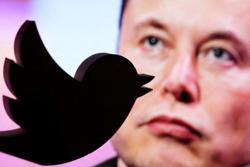