“The prime minister said he is confident the summit would be a great opportunity for the two nations to exchange views on how to keep advancing the Asean-Japan partnership, which has made strides in recent times,” the spokesman said.

“Asean and Japan have cultivated friendship and cooperation for nearly five decades, based on mutual trust and a heart-to-heart, equal partnership,” Prayut said in his remarks.

“Asean appreciates Japan’s continued commitment to promoting durable peace, shared prosperity and sustainable development in the region for the benefit of our peoples,” the PM remarked.

Prayut said Asean appreciated Japan’s support in addressing the Covid-19 pandemic and would like to step up collaboration in public health to better prepare the region for future waves of infections and health crises, as well as emerging diseases.

“Asean would also like to thank Japan for a donation of US$50 million [Bt1.6 billion] to establish the Asean Centre for Public Health Emergencies and Emerging Diseases. We look forward to the earliest establishment and operation of the centre,” Prayut said.

“The prime minister concluded that as the Asean-Japan relationship will celebrate its 50th anniversary in 2023, he hoped both parties would review the success achieved and lessons learned over the past five decades and use them to improve the partnership in the future,” Thanakorn said.

“The prime minister also urged Asean members to continue promoting cooperation under the Asean Outlook on Indo-Pacific framework and the Free and Open Indo-Pacific agreement, especially in battling the Covid-19 situation,” Thanakorn added. 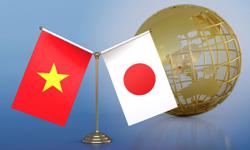 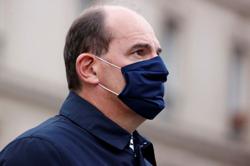