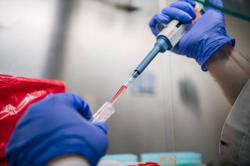 The Phonhong railway station is pictured in Phonhong, some 70 km north of Lao capital Vientiane. - Xinhua

The Phonhong railway station, with a maximum capacity of 300 passengers, has a total area of around 1,500 square meters.

The design of the station is a mixture of Lao and Chinese style, with a Lao-style yellow roof and Chinese-style brackets in its facade.

According to the Chinese engineering company, China Railway Construction Group Co., Ltd. (CRCG), the constructors have overcome the impacts of COVID-19 such as difficulties in bringing in Chinese engineers and material supply, and the lengthy rainy season and the hot weather in Laos, to complete the station.

The China-Laos Railway is a docking project between the China-proposed Belt and Road Initiative and Laos' strategy to convert itself from a landlocked country to a land-linked hub.

The over 400 km railway will run from Boten border gate in northern Laos bordering China to Vientiane with an operating speed of 160 km per hour.

The electrified passenger and cargo railway is built with the full application of Chinese management and technical standards. The construction of the project started in December 2016 and is scheduled to be completed and open to traffic in December 2021. - Xinhua 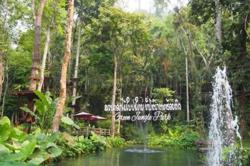