Roof is down: A man cleaning up a damaged courtroom affected by the earthquake in Blitar, East Java province. — Reuters

AT least six people were killed after a 6.0 magnitude quake struck off the coast of Indonesia’s main Java island, its disaster agency said, as the country reels from a cyclone disaster in another part of the archipelago.

“The agency has recorded six dead and one person who sustained serious injuries, ” said National Disaster Mitigation Agency spokesman Raditya Jati, adding that several villages in the region had been evacuated.

It was not clear if the death toll would rise, but the agency did not report anyone missing after the strong quake.

The quake was felt in cities and towns across East Java, home to 40.7 million people, and nearby provinces, including the resort island of Bali, Indonesian media reported.

One person died in Lumajang after being hit by a falling boulder, news website Detik.com said, citing a town disaster official. 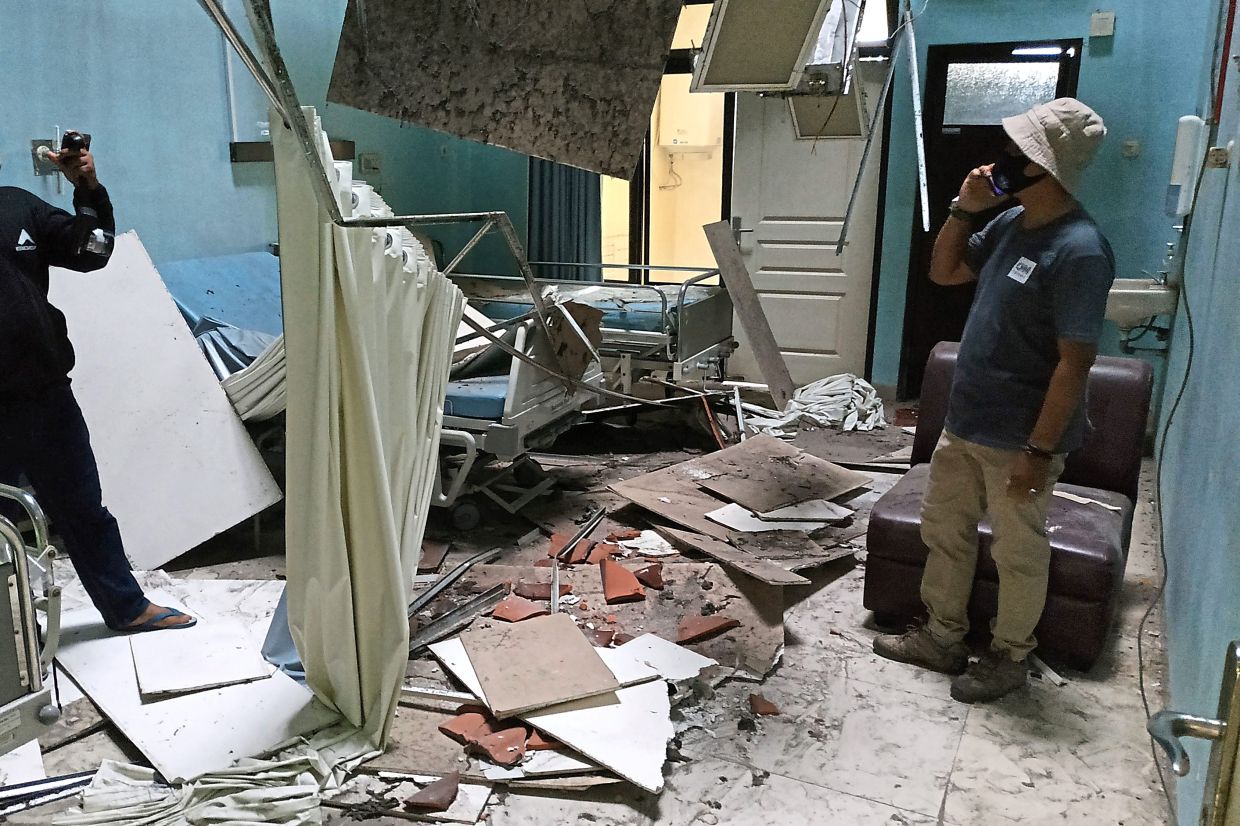 Shaken badly: A worker assessing a room at the Ngudi Waluyo hospital in Blitar. — AFP

There had been aftershocks but there was no risk of tsunami, Indonesian geophysics agency BMKG said.

Reports of damage included government buildings, a school, a hospital and houses while a large gorilla statue in an amusement park in the town of Batu lost its head.

The national disaster agency said authorities were still taking stock of the damage.

The quake struck in the Indian Ocean 91km off the southern coast of East Java.

Video shared by social media users showed people running out of a shopping mall in Malang city amid the strong tremor.

“I felt the earthquake twice, the first time for two seconds and then it stopped, but then it shook again for five seconds, ” Edo Afizal, a receptionist at a hotel in Blitar, said by phone.