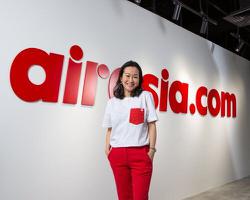 SINGAPORE (The Straits Times/ANN): Malaysian budget carrier AirAsia has launched its food delivery service in Singapore as it continues to seek alternative sources of income outside of the battered aviation sector.

Its airasia food platform will initially feature about 80 restaurants, including Swee Choon Tim Sum Restaurant and No Signboard Seafood. About 300 other restaurants are in the process of being brought on board, AirAsia said on Tuesday (March 2).

The platform will charge restaurants 15 per cent commission per delivery, instead of going ahead with plans for a zero-commission model.

The rate is still lower than those offered by the three major food delivery operators - GrabFood, foodpanda and Deliveroo. AirAsia said the lower commission would in turn lead to lower charges for customers.

AirAsia also said it had recruited about 500 delivery riders, and aims to double that number by the third quarter of the year.

Riders will deliver to a maximum distance of 20km away from listed restaurants. The delivery fee normally ranged between S$2.99 and S$20, AirAsia added.

Chief executive Tony Fernandes said, during a virtual press conference, that the airline would seek to give better value for the food delivery business, with reducing costs being one key aspect.

"Just like (how) AirAsia doesn't have all the frills of Singapore Airlines, airasia food, for instance, we don't have maps. We don't think you really need to know where your driver is because that costs us," said Fernandes.

"We think you will still be able to communicate with us to know where your food is and that's an unnecessary frill."

He said AirAsia is aware of the stiff competition it will face from the current dominant food delivery players.

Airasia food is looking to drum up interest in its service by offering unlimited free delivery for two weeks between March 2 and 16. This will apply for deliveries within 8km from the order point.

It has committed to delivering all orders within 60 minutes, and will let customers earn reward points that can also be used for AirAsia flights.

Fernandes acknowledged that a 60-minute delivery schedule is relatively lengthy, but said that it will be shortened.

Lim Ben-Jie, Airasia super app head of e-commerce, said businesses will be able to get onto the airasia food platform within 48 hours of registration. They will not have to pay any registration fees.

He added that its delivery riders can earn up to $700 a week on average.

Marketing executive Tan Kwang Yu, 27, who orders food delivery services for the convenience and when there are deals, said he will be interested in using the airasia food app if it can offer a variety of options at a lower price. The speed in which the food can be delivered will also be key, he added. 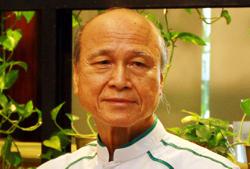