She added that the act jeopardised peace, security, stability, safety of navigation, and further complicates matters in the South China Sea (known in Việt Nam as the East Sea).

“Vietnam strongly opposes such action and demands that Taiwan ceases the undertaking of the illegal exercise, and to refrain from similar acts in the future, ” Hằng said.

The Vietnamese foreign ministry’s spokesperson also criticised the latest moves by China, including Hainan island’s recent announcement to in December resume cruise routes to the so-called Xisha island, the Chinese name for Việt Nam’s Hoàng Sa (Paracel) archipelago, the control of which was violently seized by China during the 70s, along with the Chinese navy’s receiving of the hospital ship Nanyi-13 on Chữ Thập (Fiery Cross) reef in Việt Nam’s Trường Sa archipelago.

“As we have stated on many occasions, all activities conducted in the two archipelagos Trường Sa and Hoàng Sa without Việt Nam’s permission are encroaching on Việt Nam’s sovereignty and infringing on international law, and are completely null and void, ” spokeswoman Hằng said.

Vietnam asked China to respect Vietnam's sovereignty over the two island chains, put an end to actions that threaten to escalate tensions in the region, go against the Declaration of Conduct in the South China Sea (DOC) and undermine efforts to maintain a peaceful, stable, and cooperative environment in the South China Sea.

These actions are not facilitating the ongoing talks on the Code of Conduct (COC) in the South China Sea and not conducive to Việt Nam-China’s relations, Hằng added. 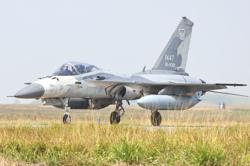 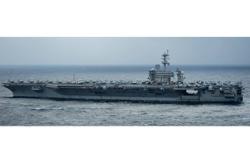