Foreign tourists to Cambodia's Angkor down 98.8% in July due to pandemic

The ancient site earned US$78,440 from ticket sales in July this year, also down 98.8 per cent compared to the same month last year, the statement said.

It added that during the first seven months of this year, the park attracted a total of 389,630 foreign visitors earning nearly US$18.2mil from ticket sales, down 72 percent and 70.8 percent respectively compared to the same period last year.

Located in northwestern Siem Reap province, the Angkor Archeological Park, inscribed on the World Heritage List of the United Nations Educational, Scientific and Cultural Organisation (UNESCO) in 1992, is the kingdom's most popular tourist destination.

The huge slump in the number of foreign tourists to the park was due to the Covid-19 pandemic that had forced the country to impose entry restrictions on all foreign travellers since March to curb the virus spread. 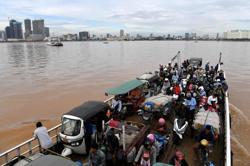 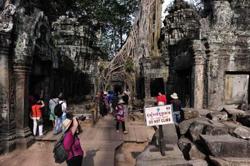