An aerial view shows buildings and farmlands partially submerged in floodwaters following heavy rainfall in Duchang county, Jiangxi province, China. The province in southern China issued its highest flood warning on Saturday, predicting a big overflow from a lake on the Yangtze River as torrential rain continues to batter much of the country, state media said. - China Daily/Asian News Network

BEIJING, July 11 (Reuters): Jiangxi province in southern China issued its highest flood warning on Saturday, predicting a big overflow from a lake on the Yangtze River as torrential rain continues to batter much of the country, state media said.

The Jiangxi government raised its flood-control response level to I from II, the People's Daily said, the top level on China's four-tier scale, signalling disasters such as dam collapses or extraordinary floods simultaneously in several rivers.

The water level in the lake, rising at an unprecedented pace, was 2.3 metres (8 feet), exceeding the alert level, CCTV said in a report around noon (0200 GMT).

The government of the province's Jiangzhou county, an isolated island on Asia's longest river, issued a call on social media for everyone from the town aged 18 to 60 to return and help fight the flood, citing a severe lack of hands to reinforce dams.

With downpours continuing to wreak havoc across vast swaths of China, several other cities along the Yangtze have declared highest-level flood warnings, as incessant rain triggers landslides and inundates roads and farmland, with parts of the river threatening to burst its banks.

China's national observatory on Saturday renewed its yellow alert for rainstorms, warning of heavy of weekend rain in places including Sichuan and Chongqing in the southwest, the central province of Hubei and Hunan province in the south. 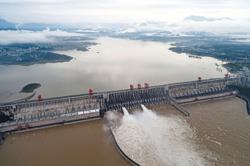 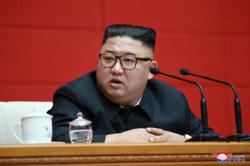 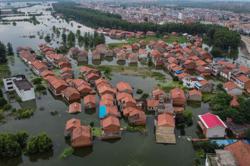 Yangtze floods force millions from their homes in central China