BANDAR SERI BEGAWAN (Borneo Bulletin/ANN): The Brunei public will be able to witness a partial solar eclipse on June 21 from 3.10pm to 5.23pm.

The partial solar eclipse is expected to last for two hours and 13 minutes at which time the moon will obscure a small fraction of the sun. During the maximum eclipse, at 4.22pm, nearly 28 per cent of the sun will be covered by the moon, an Astronomical Society of Brunei Darussalam (PABD) release said.

The public interested in observing the phenomenon is advised not to look at the Sun directly. They should use Shade 14 Welding Glasses or solar filters or by telescope projection.

The talk will provide an opportunity for the public and netizens to interact with astronomy and Falak Syar’ie experts on the phenomenon of sun eclipse which will be livestreamed on June 19 from 8.30pm.

The solar eclipse observation session will be brought directly online on June 21 from several strategic locations in the four districts of Brunei Darussalam.

The programme is organised in collaboration with the MY-East Asia Universe Awareness Solar Eclipse project under the partnership of the International Astronomical Union National Outreach Coordinators in nine East Asian countries.

The public can view the live streaming from 2.45pm to 5.30pm. The observations depend on the weather conditions. Both programmes can be viewed via PABD’s social media page.

The next solar eclipse will be visible in Brunei on April 20, 2023.

A solar eclipse occurs when the moon is perfectly aligned between the Sun and the Earth. During the partial eclipse, the moon never completely covers the Sun. - The Borneo Bulletin/Asian News Network
Article type: free
User access status: 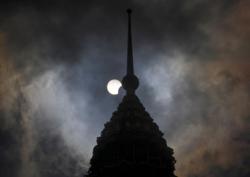 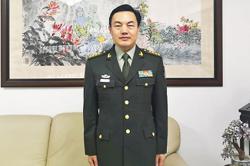