YANGON (Xinhua): The new Surbung Airport is to start its operation in Myanmar's mountainous Chin state in September this year, a regional minister told Xinhua on Thursday (May 21).

"The construction work of the airport is targeted to complete at the end of June and after some test runs. It will start handling regular flights in September," said Minister U Soe Htet for Chin state development affairs, electricity and industry.

The airport construction project was started in the far-flung Falam township to serve as the main gateway to Chin state by plane and to boost regional development and transportation since 2015-2016 fiscal year.

Chin state remains one of the least developed in Myanmar due to a lack of proper transport and infrastructure.

It is hard for local people to move within the state due to the lack of reliable transport infrastructure, added by landslides and floods in the monsoon season. - Xinhua 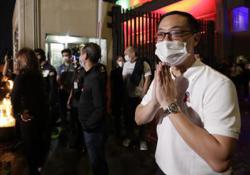