KOTA KINABALU: Sabah has issued a red tide warning after detecting the deadly algal bloom in waters off the state’s west coast.

Algal bloom is a natural phenomenon where algae form large colonies, sometimes bringing harmful effects to marine life, besides lending a tint (not always red) to the sea. This depends on the species and density of the bloom.

“With the dry spell, we expect it to spread,” Galid said yesterday.

He said based on samples obtained, the species responsible had been identified as the plankton Cochlodinium polykrioides, an organism capable of inflicting serious damage to aquatic life, including fish farms.

“At the moment, there is a high level of plankton that could suffocate fish,” he pointed out.

“Consumption of seafood affected by this plankton will not pose any health risk. However, we have yet to detect planktons that cause Paralytic Shellfish Poisoning,” he said.

He added if that happened, a general alert would be issued to the public as human fatalities could occur, “especially when one consumes seafood such as shellfish”.

The toxins are not soluble in water and remain stable despite the heat and acids, rendering ordinary cooking methods ineffective in eliminating them.

If PSP is detected, the public would be asked to refrain from consuming shellfish or bivalves, including oysters, mussels, cockles and any type of clam-like seafood. 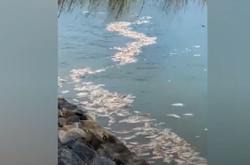 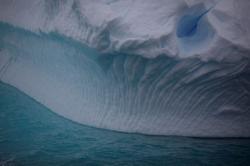