The Domestic Trade, Cooperatives and Consumerism Minister, who announced this at a press conference here on Friday, said the retail prices for RON95 petrol and diesel will be fixed according to a managed float, similar to the mechanism dictating the RON97 petrol price.

Hasan said there would be an announcement at the end of each month to set the following month's fuel prices.

He said it would be determined based on a monthly average price.

"We monitor the world petroleum prices everyday to get the average prices.

"As for Dec 1 prices, we will calculate the average from Nov 20 to Nov 30," he told a press conference here.

Prices of RON95 petrol and diesel were last increased by 20 sen on Oct 2.

On Wednesday, a 20 sen drop in the RON97 petrol price was announced, bringing it to RM2.55, just 25 sen more that the current subsidised RON95 petrol price of RM2.30.

On the same day, Deputy Finance Minister Datuk Ahmad Maslan also said that the country could see a drop in the RON95 petrol price, as global crude oil prices continued to drop. 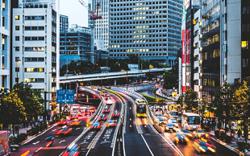