Facebook’s Look Back videos can offer us some perspective on how the way forward for social media ought to be.

EVERY now and then, some event in our lives triggers us to take a step back and revisit the past. This week, Facebook’s A Look Back feature did that for most of us.

In conjunction with its 10th anniversary, which fell on Feb 4, the FB team made available a personalised 62 second video for users which highlighted a user’s best FB moments right from the time they joined the ever popular social networking site right up to the present day.

After you’ve logged on to FB, you can access your very own Look Back video by navigating your browser to www.facebook.com/lookback.

According to the help page for A Look Back, the content of your video would depend on “how long you’ve been on Facebook and how much you’ve shared” over the years. So you’ll either see a short movie clip, a collection of photos or a thank you card.

Apparently, you can also edit the video content, but for some reason, I couldn’t seem to find the elusive Edit Your Video link that was being referred to. What a shame though. I might have actually shared my video like what the rest of the Facebook community is doing, if only I could erm, perhaps tweak a few items on that video.

Well okay, I’ll be honest here: My Look Back video was just horrible.

It did scant justice to all the photos I uploaded over the years and what’s more, my most liked post wasn’t even a photo that had anything to do with me. It was a picture that I had taken a few months back of two friends of mine who had recently gotten engaged.

Several other photos that appeared in my video didn’t even have people in them at all, and were pictures of random objects that were probably amusing at the time they were posted, but now they just looked really weird being a part of my Look Back video.

Out of curiosity, I took the time to view some of friends’ videos and they were, in contrast, actually pretty good.

One, for example, depicted perfectly the transition that a friend of mine went through from getting married all the way to her recent family celebrations as she welcomed her first child. It contained really colourful shots and I thought it really represented her life’s journey over recent years very well.

Well, all in all, I’d say FB provided us all with a good bit of fun viewing each other’s Look Back videos. And I personally thought it was a really nice gesture on the company’s part to craft something like this for us users to enjoy at momentous times like its tenth anniversary. I mean it’s all free anyway, so what reason do we have to complain?

However, just like everything else on social media, some FB users have already started to tire of seeing numerous Look Back videos on their timeline and the grouses have begun. Never mind that it highlights a friend’s most treasured memories. They want it out of sight. Now.

Then there are those who, like me, are griping over a lousy video which they are most definitely not going to share on their timeline. But that can’t be helped, really, since it’s bound to happen to some of us with these kind of one-size-fits-all offerings. 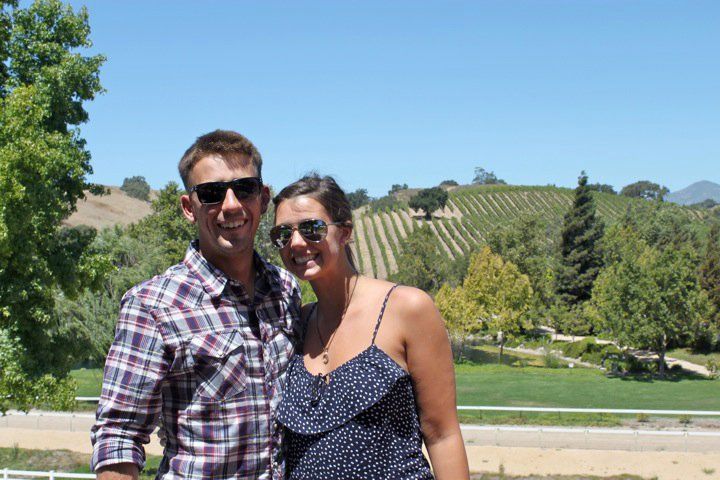 SOCIAL MEDIA MEMORIES: Will Stacey (left) and Kimmy Kirkwood kept their relationship going through Facebook while Stacey was away on deployment for the US Marine Corps. — Facebook

But let’s not too easily dismiss the fact that there are others out there who are genuinely grateful for their Look Back video. I’m pretty sure Kimmy Kirkwood would be one of them.

I read about her tale of love and loss on BuzzFeed and FB’s Ten Stories website.

Her boyfriend of three years, Will Stacey, had passed away on Jan 31, 2012 while on deployment with the United States Marine Corps. Due to the nature of his work, the both of them had kept in touch mostly through Facebook throughout their relationship, hence leaving behind evidence of countless good memories on the social networking site.

So, Kimmy’s Look Back video would most certainly be very special to her, and not the boring status update that many of us may be complaining about.

What this goes to show is that we should never underestimate the impact that social media can have on the lives of people. For some of us, things like a FB Look Back video may be trivial, but it could really mean the world to someone for whom it’s the only mode of communication they can rely on to stay in touch with distant loved ones.

Back to the subject of lousy Look Back videos, I think for mine, the cause of it can traced back to the fact that I didn’t really update my Facebook account very meticulously after the first few years of getting onto it. After all, when we’re talking about our online personas, how happening it appears to be is mostly determined by the frequency of our updates.

But if I were to have to choose between being present in real life as opposed to being preoccupied with posting status updates for every little thing I do everyday, I will always choose the former. Not too many regrets there.

Another observation I made here was that when it comes to taking photos, it’s more worthwhile to capture precious moments with loved ones rather than snapping selfies or even amusing objects, even if it is the most scrumptious lunch spread you have ever laid your eyes on.

All this not just so that you have a glossier Facebook profile, of course, but more importantly, so that when you do revisit your past online trails, you actually have meaningful pictures to reminisce with.

Last but not least, since this whole Look Back video thing is related to Facebook’s 10th anniversary after all, I think it’s worth mentioning some really good points that I came across in an article on Arstechnica lately.

Many of us don’t use social networks the way we used to. We are posting less original content, and are instead using things like brands or other stuff we share from around the Web like videos or Internet memes as a representation of our views.

It’s worth thinking about, I feel, where social media as a whole is heading. It has become a platform where we expect to be entertained and where we only show off our good side, rather than a place where we contribute constructive content or reinforce the relationships we have with those who matter.

Having people frequently complaining about repetitive posts (read: Viral content) is proof enough of this predicament.

Perhaps, besides watching and sharing our Look Back videos, it’s time to also re-examine our role in social media. Is our presence there really enriching our lives and those within our online social circles? Hopefully, by the time Facebook’s 20th anniversary comes around, we’ll have a whole lot more good stuff to Look Back on and be proud of than we do right now.

(Susanna Khoo believes that the past only should be revisited if it can positively impact future outcomes. Do you agree? Let her know by getting in touch with her at susanna@thestar.com.my.)