Android help: What to do when an app just stops working

It is not often that Android apps just stop working out of the blue. But when it does happen, an app update usually does the trick. — Photo: Andrea Warnecke/dpa

BERLIN: In and of itself, the Android operating system, with its massive collection of apps from a wide variety of developers, runs very stably. But of course, exceptions prove the rule and there are apps that stop working, won’t open or constantly crash.

The solution, quite often, is to install the latest version of the app from the Google Play Store, assuming there is one.

For those users who haven’t enabled automatic updates, learning when an update is available will become easier starting in version 33.2 of the the Play Store.

That’s because users will be prompted to install the latest update for crashing apps, Google has announced.

Enabling automatic updates for all installed apps can be done via the profile icon at the top right in the Google Play Store app (Settings > Network Preferences > Auto-update apps).

To turn on automatic updates for individual apps, the route is the same and then tap "Manage apps and devices > Manage.” Once you’ve found the app you want, open its “Details” page and tap the three-dot menu. – dpa

Android 13 is already available, but not for everyone

This version of Android is geared up for tablets and foldables

Subscribe now to our Premium Plan for an ad-free and unlimited reading experience!
Android Smartphones Technology 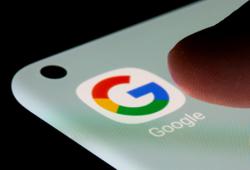