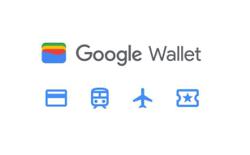 The Google Wallet app also has the option for users to add AirAsia boarding passes that have been purchased via the airline's app by simply tapping on the ‘Add to Google Wallet’ button. — Google Malaysia

Google’s mobile payment service has finally made its debut in Malaysia, joining both Apple Pay and Samsung Pay – launched in August this year and back in 2016 respectively – as contactless payment options.

According to the company’s latest press release, from today (Nov 15) onwards, users with supported cards will be able to save their details in the Google Wallet app on their Android device, including wearables running on Google’s Wear OS like the Samsung Galaxy Watch 5 or the Pixel Watch.

Once that is done, the device can then be used to make offline payments via NFC with just a tap, and even online payments for websites that support Google Pay as a payment option, such as Shopee.

The Google Wallet app also has the option for users to add AirAsia boarding passes that have been purchased via the airline’s app by simply tapping on the “Add to Google Wallet” button.

Support for Malaysia Airlines boarding passes will also be added in the coming months, according to the press release.

When a boarding pass is added to the Google Wallet app, users will receive notifications for any changes to their flight departure times and gate changes to make for a smoother experience at the airport.

“With millions of Malaysians now using their phones everyday to make payment, Google is excited to bring Google Wallet to Malaysia.

“With Google Wallet, Malaysians can tap to pay in stores or checkout seamlessly online. They can also easily access their boarding passes when they jet off for their year end holidays. Google Wallet helps keep everything protected in one place, no matter where you go," said Google Malaysia's managing director Marc Woo in the release.

Google also said that support for both HSBC and HSBC Amanah will be added in the coming months.

Malaysia joins 44 other countries to receive support for payments via the Google Wallet app.