Opinion: Meta wants you to work in virtual reality. Here’s what that’s like 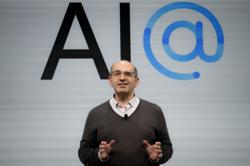 Horizon Workrooms during the virtual Meta Connect event in New York, US, on Oct 11, 2022. Mark Zuckerberg unveiled his company's newest virtual-reality headset, the Meta Quest Pro, the latest foray into the world of high-end VR devices that Meta Platforms hopes will entice creators and working professionals to adopt its vision for a virtual future. — Bloomberg

Meta Platforms Inc has made it clear that it wants to infiltrate the business world with virtual reality technology. So I tested the premise on Tuesday morning, joining the company’s Connect developer conference via an Oculus Quest 2 virtual reality headset.

The conference was hosted in the company’s Horizon Worlds app, which the company said will soon be stuffed with basic corporate productivity offerings from Microsoft, Adobe, Accenture and Zoom. Digital avatars that look like cartoon versions of us, except legless (more on that later), will have access to PDFs, Word documents, breakout rooms and whiteboard meetings.

It’s going to be an adjustment, and take more than a few familiar tools to win me over.

Joining the event wasn’t as simple as pulling up a video link. I had to enter the company’s Horizon Worlds app, the virtual universe where people can build and join their own mini experiences, and fire up the Connect conference from my events queue. A bright blue loading screen with a flashing "warning” sign dropped my avatar into a hallway leading to an expansive virtual courtyard, with some multi-story buildings, greenery and a water feature with a slowly rotating Meta logo.

For those with some video game familiarity, I’d put the world closer to a Roblox or the Sims. Basic, unfussy designs made it easy to navigate. I could tell when my avatar was climbing – er, floating – up stairs. Nature sounds, bubbling water and the dim conversations of a handful of other users around me gave me a sense of being there. But the dark sky gave no indication of time or weather; the smell of my real-world coffee was my only reminder the work day was starting.

A sign directed me across the courtyard for Chief Executive Officer Mark Zuckerberg’s keynote, so I thumbed two joysticks – thankful for my experience as a casual gamer – to manoeuvre around the fountain, up some stairs and into the Horizon version of a metaverse amphitheater. Not expecting to have to "walk” to the event, I was about a minute late, but I did spot a sign saying 1,200 people were already there.

I didn’t expect to have to walk around to tune in to various parts of the presentation. I began to imagine how the average business attendee wearing a headset might feel, fumbling to find their hand controller after setting it down to type mid-meeting.

Then I began to panic that I couldn’t have the headset on and type at the same time. Apparently, there’s a way to set up the headset to "see” the world around you via small cameras on the device. I didn’t know to enable this, and was left squinting through the nose hole to clack at my keyboard, retrieve my controller, and pull up my Slack or Twitter on my real-world laptop.

At first, watching the presentation in this medium felt unnecessary. The Meta execs appeared via pre-recorded video, announcing various products in their real skin; I moved my avatar downstairs to a landing to get a better look at them. Some quirky touches were exclusively available in VR, like video game characters floating outside the screen or millennial-aesthetic architecture.

Event etiquette in VR is still under development too, it seems. I had to move to avoid overhearing some of the dozen people in my room talking during the presentations, and one poor soul with a stuffy nose relentlessly sniffling and blowing it.

Then, the brand new Zuckerberg avatar appeared on stage, donning the gray sweater, skinny blue jeans and tech-bro sneakers that he has in real life. He told his virtual audience what they wanted to hear: soon, they would be getting legs. The announcement was a hit. All the avatars floated to the stage to celebrate, stopped by a virtual banister like in a Sims concert (even in the metaverse, Zuckerberg gets security). Some threw confetti or thumbs-up emoji into the air.

Then, it was over. For a reporter like me, the end of an "in-person” event isn’t the end of our job, and I had planned on interviewing some attendees. But I wasn’t fast enough for those power-off switches as people went back to their real lives or other virtual worlds. The courtyard was empty. And my face hurt.

PC Mag puts the Quest 2 headset at 17.7 ounces (1.1 lbs). Even after adjusting and readjusting the straps, that weight was dragging on my face, messing up my makeup and breaking the anti-aging rule of never tugging on the skin. After writing this, I pulled out my cosmetics bag for a touch-up, and wondered how many people working on virtual reality at Meta wear makeup every day. On Tuesday, the company said more photorealistic avatars are coming, but I still want to present an un-smudged version of myself in the real world when the headset comes off.

Meta itself has struggled to get its own employees to use Horizons at least once a week, according to two internal Meta memos reported by the Verge. The swath of tools coming to its metaverse today, some of the most popular in the corporate world, are clearly an attempt to give people a reason to be there. But for me, I’ll be putting my headset away from 9 to 5. – Bloomberg

Subscribe now to our Premium Plan for an ad-free and unlimited reading experience!
VR Wearables Technology 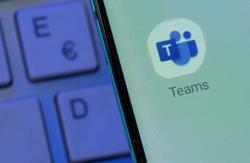 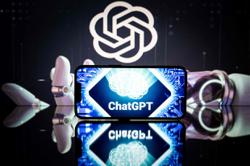