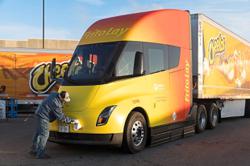 Zuckerberg has seen his value decline by more than US$71bil (RM331.71bil) in 2022 alone. Meta’s stock, which holds the bulk of his fortune, has also lost about 60% of its value in the same timeframe. — Getty Images/TNS

The net worth of Meta CEO Mark Zuckerberg, once the third richest person on the planet, plummeted by more than 50% this year, knocking him down to the 20th spot on Forbes’ list of the world’s wealthiest.

Zuckerberg was worth a whopping US$142bil (RM663.42bil) in September 2021, just one month before he introduced Meta and changed the company’s name from Facebook Inc. In the months since, things have gone down hill for the tech titan, whose net worth stood at around US$55bil (RM256.96bil) on Sept 21, according to the Bloomberg Billionaires Index.

Zuckerberg has seen his value decline by more than US$71bil (RM331.71bil) in 2022 alone. Meta’s stock, which holds the bulk of his fortune, has also lost about 60% of its value in the same timeframe.

In February, just months after the Meta rebrand, Zuckerberg revealed Facebook’s numbers declined for the first time in its history. It triggered a historic collapse in its stock price, which was mirrored in the billionaire’s personal value as well. In just one day alone, Zuckerberg saw his net worth drop an estimated US$31bil (RM144.83bil), one of the largest one-day declines in wealth ever recorded.

The company in April said it had spent some US$10bil (RM46.72bil) in Meta investments and that more than 10,000 people were assigned to making Meta projects a reality.

Meta – which owns Facebook, Instagram, WhatsApp and Oculus – has also been mired in controversy since last fall, when whistleblower Frances Haugen leaked information from internal company documents. She made several claims against the company, including that it was aware of research suggesting that Instagram contributes to eating disorders and suicidal thoughts in teenage girls.

The founder of the company formerly known as Facebook, Zuckerberg once ranked only behind the likes of Tesla CEO Elon Musk and Amazon’s Jeff’ Bezos on Forbes’ Billionaire List. Musk, with a net worth of US$268bil (RM1.25 trillion), has maintained the top spot. Bezos was in the third spot on Sept 21, with an estimated net worth of US$145bil (RM677.44bil). – New York Daily News/Tribune News Service

Opinion: How would you feel if you lost RM258.5bil? Would you still buy that superyacht?

Fed up with tech billionaires? These popsicles allow you to ‘eat the rich’ 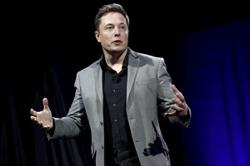