According to a 2021 Common Sense Media survey, an estimated 88% of 13- to 18-year-olds and 43% of 8- to 12-year-olds have smartphones. It's not too surprising, then, that sexting is more common among kids and teens these days. — Dreamstime/TNS

The five teenage girls from Western New York did not know “gregory.oneil.752”, who sent a friend request on Facebook and began separate conversations with them on Facebook’s Messenger application in the spring of 2018. But quickly within each exchange, authorities said, this unfamiliar social media user gained control over them.

Gregory.oneil.752 would then ask for more sexual images or videos, and if they did not comply, he would threaten to expose their conversations and content to the girls’ parents, boyfriends or Facebook friends. Intimidated by the threats, the girls kept complying with the demands, documents show.

Gregory.oneil.752 was actually a Florida man named Andrew Lynch, according to law enforcement officials. Last month, Lynch came to a plea agreement to one count of production of child pornography after being indicted by a grand jury. When he is sentenced later this year, he faces up to 30 years in prison and a public listing as a sex offender.

The activity Lynch engaged in is defined as sextortion, or blackmail using sexual content to gain anything from money to more photos and videos.

Eric Schmidt, an officer in FBI Buffalo's Child Exploitation and Human Trafficking Task Force, said his office has received 40 complaints of sextortion in the first nine months of this year. That’s an increase from last year, he said, and a troubling sign.

"It is an emerging crime in the Buffalo area," said Schmidt, who balances FBI responsibilities for the last five years with working for the Town of Tonawanda Police Department, where he has spent the last 20 years. "I think you're going to see that trend continue to go up."

Schmidt said the increase in cases can be partly attributed to the social impact caused by the Covid-19 pandemic.

"You've got school-aged children being in school six, seven, eight hours a day now being home isolated from friends, family – that social aspect of being a kid, which is to meet people in person, has now been pushed over to the virtual world," Schmidt said. "That can be a scary place."

Hamburg Police Capt. Jeff Lavelle warned about sextortion Sept 20 on the department's Facebook page to address a problem he said has struck the town four times this year. His message cited national statistics: FBI Internet Crime Complaint Center last year received more than 16,000 calls of sextortion complaints, about half of which came from people between 20 and 39 years old.

Schmidt described what he has seen as the general process of sextortion.

"It starts off with a suspect reaching out to a victim, moving into 'How old are you?', 'Where are you from?', 'Are you a boy or girl?' – age, sex, location type of thing. Then they'll move forward with requesting images and videos of the victims. Once they have those videos and images, they'll then extort the victims for money."

Requests for money often do not stop after one threat, however.

Harm to victims extends beyond money, too. In the last year, media outlets have reported three 17-year-old boys committed suicide, in San Jose, Calif.; Manitoba, Canada; and in Detroit, Mich., after being targeted in sextortion attempts.

Cybercriminals engaging in sextortion are notoriously hard to pin down, according to law enforcement. Facebook is far from the only platform used in these crimes – social media sites such as Instagram, Snapchat and TikTok, or dating apps may be the criminal route.

Money acquired through sextortion may be sent over Venmo or other mobile payment services, making the money trail difficult to follow. The cybercriminals may operate from other countries that lack the infrastructure to identify, investigate and punish these crimes.

"We have to constantly try to stay on top of the technology," said Schmidt, who said the FBI has a host of resources for investigators, including access to analysts and communication with other departments.

The criminals' undoing may be how wide they cast their net – Schmidt said some suspects have as many as 30 to 60 victims.

The biggest barrier to catching cybercriminals' sextortion is that the crime is not even reported in the first place. The intensity of a victim's fear and shame – in light of the social repercussions of a stranger possessing compromising sexual media – has made sextortion a likely highly underreported crime.

"Telling somebody is huge," Schmidt said. "It's a horrible, dark secret that they're holding – and that's a lot of undue stress for a kid, especially in school. They've got enough going on."

And even though kids under 18 years old do not represent the largest proportion of reported sextortion complaints, they're especially vulnerable, Lavelle said.

"It's believable to them, to an extent," Lavelle said of a stranger's sexual advances online. "They're not thinking clearly. They aren't fully developed."

Schmidt said the FBI Buffalo team – comprising two special agents and three task force officers – visits local schools to warn against sextortion attempts. It is incumbent upon parents, however, to have potentially uncomfortable conversations with their children about media usage.

"It's a tough talk for parents to have with their kids, especially to say, 'Hey, listen, let me see your phone,' " Schmidt said. "Some kids feel it's an invasion of privacy – in this day and age, it's tough. You've got to be a diligent and a vigilant parent."

The FBI Buffalo officer said parents should be familiar with the social media platforms their children use and how they function. They should consider following their kids on those platforms, too.

The simple message to kids, Schmidt said, is to not take photos you would not want family members to see. But even if a kid is caught in a sextortion scheme, the images and videos may not be recoverable, but help is available.

"The feeling of shame is temporary, and there's help out there," said Schmidt, who said that FBI Buffalo can refer counselors as one means of assistance. "There's people out there that are just like you and are doing well, and there are people out there who want to help. Reach out for the help." – The Buffalo News, N.Y./Tribune News Service

Reports of online predators are skyrocketing: Why sextortion is the ‘fastest growing crime that no one knows about’ 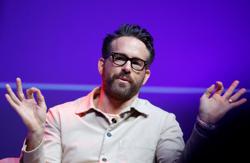